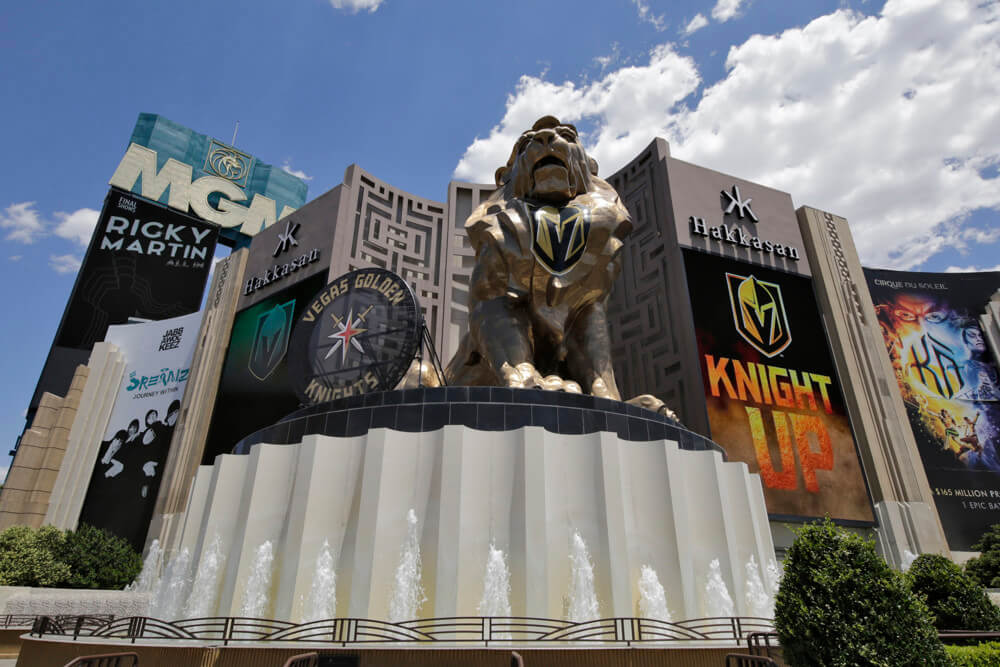 Hopes that the temporary shutdown ordered of casinos across the country would be lifted within the next couple of days have been dashed.  As the coronavirus refuses to relinquish its grip, the casino industry is being forced to continue to pace the floor, with Nevada, New Jersey and other states now ordering that casinos remain closed through the end of April.

With a little bit of luck, further extensions won’t be needed, and casinos will be able to start up their machines and break out the cards at the beginning of May.

Casinos Remain Closed in The City That Never Sleeps

Nevada Governor Steve Sisolak renewed the state’s stay-at-home order this week, also mandating that non-essential businesses will remain closed.  The revenue losses continue to pile up, and casinos have no alternative but to comply and ride out the storm.  However, in many cases, this means employees are going to suffer and will be joining the millions of others in the country that are filing for unemployment.

Some casino operators are better prepared to survive than others.  For example, both Wynn Resorts and Las Vegas Sands have announced that they will continue to pay employees into May, at which time the gambling venues should be back in business.  In a rare show of solidarity with the company employees, Sands CEO Sheldon Adelson asserted that all companies have the obligation to support their employees, and he called upon other entities to follow suit.

Caesars Entertainment, which had hoped to be almost done with its sale to Eldorado Resorts by now, is slashing its workforce in order to save the little bit of revenue it had left.  The company is getting rid of around 90% of its staff, which means about 58,500 employees are going to be filing for unemployment benefits.

Caesars CEO Tony Rodio said in a statement yesterday, Given the closure of our properties, we are taking difficult but necessary steps to protect the company’s financial position and its ability to recover when circumstances allow us to reopen and begin welcoming our guests and employees back to our properties. The company entered this crisis with strong operating performance, which, combined with the steps we are taking now, are critical to the future of our company.”

Although Nevada is on lockdown, Las Vegas is hoping it can start making money right away.  Resorts in the city have already begun to take reservations for accommodations, with some accepting bookings as of May 1, and others starting their calendars on May 15.

In New Jersey’s Atlantic City, which, despite an increase in sports gambling action that had brought substantial revenue to the city, is suffering financially, most casino operators went straight for the pink slips when Governor Phil Murphy decided to extend its furlough.  16,000 employees were laid off, and are now struggling to make ends meet.

The Press of Atlantic City reports that the majority of the venues have said that they will rehire employees once the crisis is over, but it’s difficult to believe that 100% of the workforce will be brought back.  The Hard Rock Hotel & Casino Atlantic City has said that it will support its employees as much as possible and bring them all back, but the casino’s president, Joe Lupo, also hinted to the fact that the “unprecedented times” caused by COVID-19 will force the company to make “incredibly difficult decisions” going forward.

Ocean Casino Resort shares the same opinion, asserting that it wants to support its staff.  However, it also sent out a memo to employees that indicates that employment would be reinstated once “the business needs” permit.  That could mean a considerable amount of time at home for a number of employees.

It’s unprecedented that a single industry can be brought to its knees in a day, and it would have been completely out of the realm of consideration for the majority of industries to literally stop from one minute to the next.  California, Louisiana, Massachusetts and many other states are all going to feel a serious amount of pressure from the lack of income entering casinos currently, but perhaps the coronavirus will have a silver lining.  It might be the push states need to expand casino operations to include additional options, such as online gambling and sports betting.  While casinos remain closed for the moment, if that were that to happen, the entire country would be able to rebound almost as quickly as it stopped.