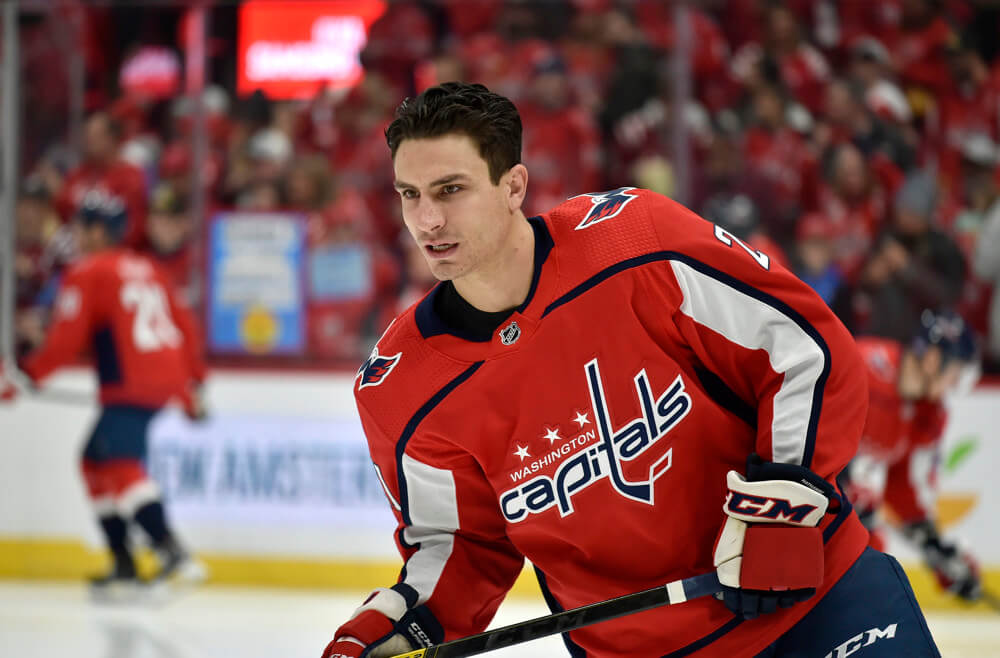 It’s not uncommon in sports for players to spit – for the longest time, before it got old, it was common for baseball players to be made fun of for spitting on the field.  However, while spitting may be acceptable in many situations, leagues draw the line with players that decide to spit on other players.  Garnet Hathaway off the Washington Capitals found this out the hard way, and is the first subject of today’s NHL Notes.

Hathaway reportedly (and accidentally, if you believe his version) spat on Erik Gudbranson of the Anaheim Ducks Monday night when the two decided to the NHL two-step.  He was suspended for three games and can only appeal by going directly to Commissioner Gary Bettman, who wouldn’t be likely to overturn the decision.  The Capitals, who were doing well before the incident, will now have to deal with the absence of one of their key players on top of an already weakened lineup that has several starters out due to injury.

Marc-Andre Fleury isn’t human.  That’s the only logical conclusion for his skill and reflexes on the ice.  He can single-handedly be listed as the reason the Vegas Golden Knights beat the Toronto Maple Leafs last night as he performed a death-defying move to prevent a Toronto score, allowing his team to take a 3-2 victory.  Some are calling it the “save of the year” and ESPN put it as the Top Play of the Day on SportsCenter.

That loss by the Maple Leafs might be contributing to a rumor, albeit a weak one, that the team is considering dumping coach Mike Babcock in favor for someone that can light a fire under the squad.  There was mumbling even before last night’s loss, and the talk may now be more serious.  Of all the choices that could be made to improve the team, replacing Babcock is the only one the Maple Leafs can afford.

The Calgary Flames are also dousing rumors that they could give up on head coach Bill Peters in favor of a fresh meet.  GM Brad Treliving wants to shake things up, but would most likely prefer to do it through a player trade and not a management trade.  Instead, perhaps Johnny Gaudreau’s time in a Flames jersey is about over.

Like Hathaway, another player that won’t be seen on the NHL ice for a while is Bobby Ryan of the Ottawa Senators.  He is reportedly out “taking part in the NHL/NHLPA player assistance program,” but no additional details have been released.  He is the team’s highest paid player, earning $7.25 million a season, but was out of the lineup in five of the team’s 21 games.  He should be back to his old, goal-scoring self when he returns.

The NHL admits that there may have been an error in judgment, but doesn’t believe that rules need to be changed.  The discussion stems from controversy during a game between the Colorado Avalanche and the Vancouver Ducks this past Saturday.  Avs forward Matt Calvert took a shot to the head and was reportedly sprawled out on the ice, bleeding.

The action wasn’t stopped, however, and Colorado didn’t take the lack of action lightly.  It complained about the officiating, but the league responded by saying that the ordeal was blown out of proportion and that he had only been on the ice for a couple of seconds.  The subject came up during a league meeting of General Managers, but the talk wasn’t heavy enough for the NHL to considering making any changes.

The NHL’s expansion team in Seattle is still known as the team without a name.  However, GM Ron Francis expects to have something in place no later than the end of the first half of 2020.   He said during the PrimeTime Sports Management Conference on Tuesday that the list had been narrowed down and added, “I think we’re getting close.  But there’s also the process of going through and making sure it’s trademarked correctly so [there are] not any issues there. So that takes a little while to go through that as well.”