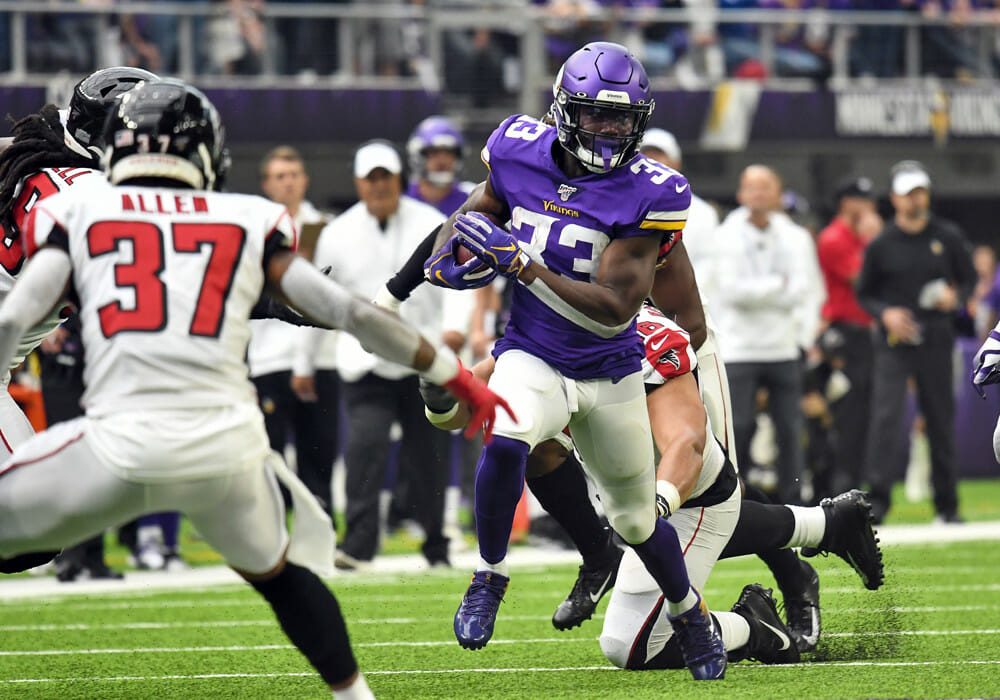 The NFL season has already gotten off to an incredibly exciting start, with several close games rounding out the first week of action.  Week 2 promises to be just as thrilling, with a lot of impressive matchups ready to determine who has the toughest team.  Looking at the lineup, a few games stand out and should prove to be must-see contests.

The Minnesota Vikings and the Green Bay Packers will meet up on Sunday in what should definitely be a hot game in Green Bay.  Both teams are 1-0 and the Packers have already shown that they’re in it to win it this year.  When the team met the Atlanta Falcons last week, running back Dalvin Cook saw his third 100-yard game in 16 appearances, logging 111 yards and two touchdowns.  He may have suffered injuries in the past, but, according to him, it’s now all different.

On the other side of the turf, the Packers did well last week against the Chicago Bears.  The defense was on fire, allowing on 46 yards on the ground and finding several sacks and an interception.  The pressure will be on this Sunday and the Vikings know they will have to find some tricks to keep their offense moving.  It’s going to be a tight game.

The Houston Texans almost pulled off a victory against the New Orleans Saints last week, but a field goal at the buzzer prevented them from putting a 1 in the W column.  They showed incredible versatility on both offense and defense and will have to do it again when they take on the Jacksonville Jaguars this Sunday.  Both teams may be 0-1, but this is only going to give them both extra incentive to play rough.

Jacksonville’s Gardner Minshew had a stellar performance last week for the Jags against Kansas City.  His first 13 passes were right on the money and, by the end of the game, he had connected 22 out of 25 for a total of 275 yards that led to two touchdowns.  He’s ready for the Texans and says of the game, “[It’s] just like any other week.  Trying to be the best I can for the team. The role changes, but the approach doesn’t.”

Several matchups on the field, such as the Jags’ Jalen Ramsey shadowing Texan receiver DeAndre Hopkins, will help lend a bit of extra bonus excitement to the game.  Still, Jacksonville has also caught a few breaks as several defensive dominators have been sidelined due to injuries, which could give the team a slight edge.

The big game of the day might possibly be the New Orleans Saints against the LA Rams.  The Saints definitely have something to prove and they’re out for blood.  When the two teams met in their final match last season for the NFC Championship, the officiating squad completely missed a penalty only feet away that, by most accounts, cost the Saints the game and a possible trip to the Super Bowl.  The Rams may not have been to blame, but the Saints certainly haven’t forgotten.

Both teams are 1-0 as they prepare to meet in LA and both have shown that they have the stamina to stay in the game until the last second ticks off the clock.  The Saints got off to a slow start last week against the Texans, but developed a rhythm that allowed them to take the lead just as the clock expired.

On the other hand, the Rams are adept at switching things up on both offense and defense, adapting their strategy on the fly.  Anything the Saints try to pull out of their bag of tricks can be expected to find a ready response.  And, in the event another ref misses a pass interference call, the league now allows a no-call to be challenged.

The Dallas Cowboys and the Washington Redskins are going to meet in Washington and the outcome should already be expected.  The Cowboys are 1-0 and the ‘Skins are 0-1, and there’s good reason.  The Redskins are down a few players, while the Cowboys are looking extremely healthy.  A quarterback that’s signing a contract extension worth $30 million – Dak Prescott – will be all the more ready to prove his value and lead the Cowboys to victory.

The Cowboys saw four defensive starters riding the bench in the preseason due to injury, and several more have had to be put on the sideline already, as well.  However, Jerry Jones isn’t about to let things get too thin and has a few key backups ready to take the field and keep the season moving forward.

Sunday is going to see some awesome action across the league.  The most difficult decision will be how to choose what to watch.