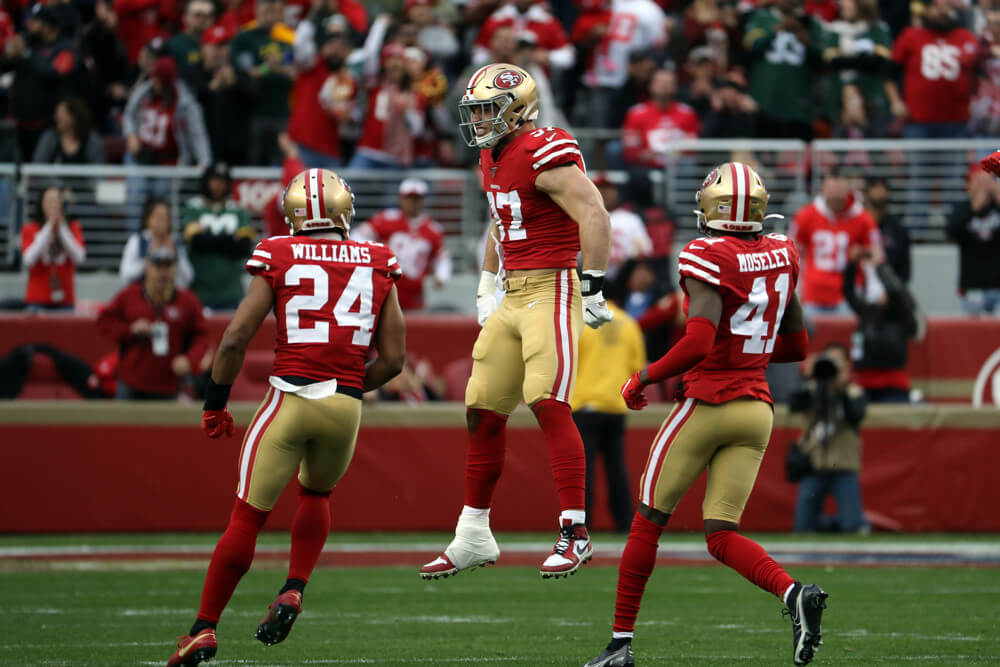 Now that most of the big free agents have changed teams and the NFL Draft is over, we have a pretty good idea of what rosters are going to look like. After taking into account rosters, SOS, point differential, injuries, new QBs and coaches, I have a better feel for the over under bets that I like and don’t like for the upcoming season, and today I’m going to have a look at the NFC West.

Of course now that the draft is over, oddsmakers such as DraftKings have also done the same, and adjusted some of their season totals. Here are the most updated totals, but make sure you shop around:

Buckle up, because I am going to start giving you my division by division breakdown on how I see these totals playing out this season. Today I take a look at the NFL over under betting for NFC West.

This number is a little too high for my liking to really hammer. The Niners bring back pretty much the same squad from their Super Bowl appearance and appeared to get better via free agency and the draft. I love the WR Aiyuk they picked, because he fits their offense perfectly.

My issue is the division. This is one of the best divisions in football and the Cardinals got better, at least on the offensive side of the football. If they are able to take a game from the Niners, it can throw off this future bet.

I see the Niners winning 10 to 11 games, so there is no value in this bet for me.

The Hawks won 11 games last year and, in my opinion, got stronger this offseason. They boosted both their offensive and defensive lines and the TE position.

Any team that has Russell Wilson is always going to be a threat to win double-digit games. Crazy, but the Hawks have never finished lower than second place in the NFC West standings with Wilson at QB.

With Wilson, them running the ball more and their offseason moves, I can see them winning at least 10 games, so give me the over.

The Rams went from Super Bowl contender to 9 game winner last season. They also should’ve lost a couple of those games last season, especially against the Bears, so their 9 wins are a little skewed to me. Overall, 9 wins is not a bad season, but when you are playing with both the Niners and Hawks in your division, it is going to be a tough road if you don’t significantly improve.

Unfortunately for them, they did not. LA has had major turnover this offseason, from new coordinators, to losing key players on both sides of the ball, and, of course, Todd Gurley being gone.

This team will still win games because of Aaron Donald, but I don’t think they have enough firepower on both sides of the football to keep up within this division and out. I don’t see them winning 9 games, so I will take the under 8.5.

Arizona Cardinals over under 7

The Cards went out and got Kyler Murray a stud WR in DeAndre Hopkins, so that offense should be better immediately. But, their defense is still suspect to me.

While the Cards will be fun to watch and put up gaudy fantasy numbers, they still are not good enough to make a run within this division.

The number is sharp, so I don’t really see a ton of value in betting on Arizona in this spot.