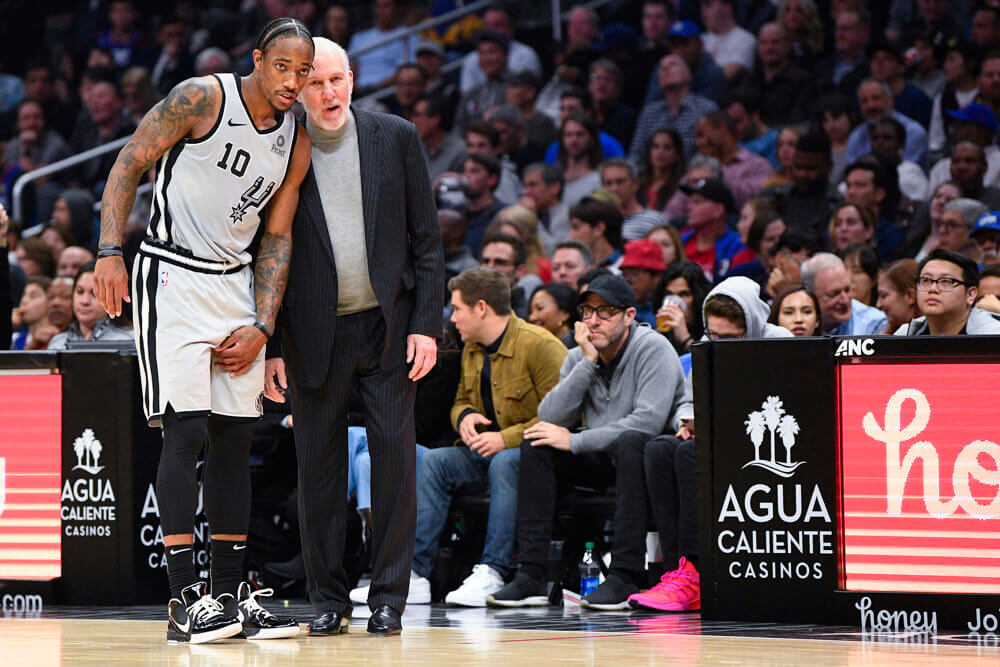 The NBA is coming back July 30 and not a moment too soon for basketball fans who have been deprived a proper conclusion to the 2019-20 season since Rudy Gobert’s positive coronavirus test March 11 that set off the worldwide cascade of sports league cancellations. Now, the NBA will look to finish what it started with a 22-team “bubble” at the Disney Resorts in Orlando, an eight-game finish to the regular season and four best-of-7 playoff rounds to determine a champion. We take a look at each of the teams involved as we move closer to the official return and we’ll start by looking at the San Antonio Spurs team in our Sports Intel preview:

Where we left off: This is hard to write, but the San Antonio Spurs team have had a rough season. Before the season paused, the Spurs were 9 games under .500 and just playing mediocre basketball. San Antonio’s NBA-record tying run of 22 straight postseason appearances looks like it is in jeopardy of ending. Definitely not what you’d expect from a coach Pop team, but hey, all good things must come to an end, right?

The Spurs brass has a big decision to make coming up with their two stars in DeMar DeRozen and LaMarcus Aldridge. It might be time to build around their young core and “rebuild”. Words we have not heard about San Antonio in a long, long time.

Can they win it all? Not happening. The Aldridge injury is a huge blow, but even more than that, their road to the 8 seed is tough. They’d need to pretty much win out and a lot of things would need to break their way for it to even happen.

Instead, look for RC Buford and Coach Pop to go into talent evaluation mode for the rest of these games as they do have some nice young talent to be optimistic about. I also see them tinkering with the lineup without Alridge. Without their staple post presence, it is time to play some small ball and let the 3’s fly. The Spurs now have a chance to redefine who they are without Alridge, so this is the perfect time to try things out for the future of the franchise.

That’s it for our preview of the San Antonio Spurs team ahead of the NBA regular season re-boot, come back soon to see what we think of the rest of the teams involved in Orlando.