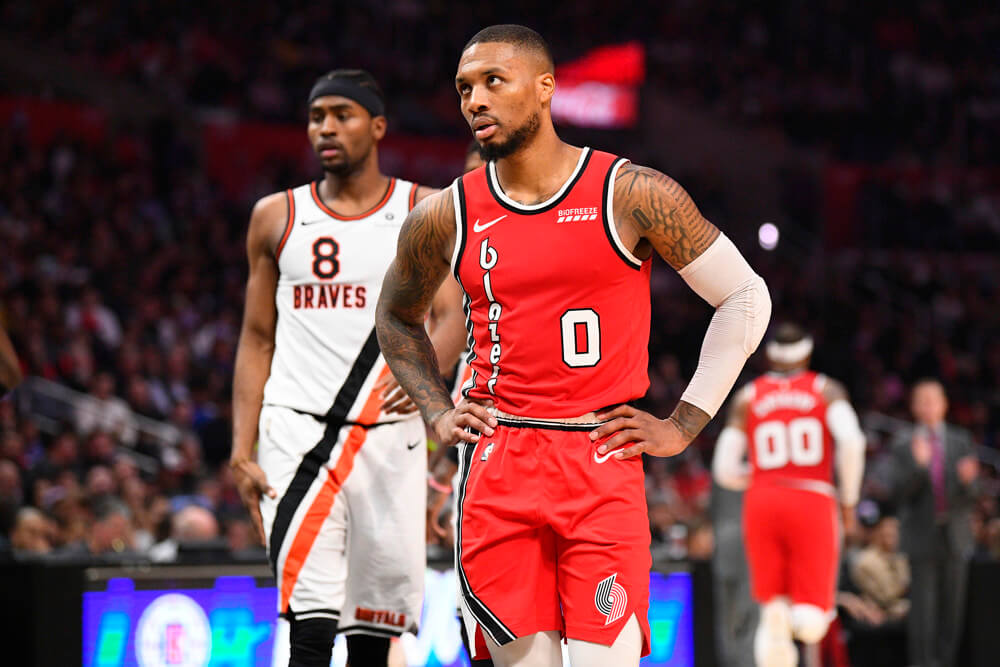 The NBA is coming back July 30 and not a moment too soon for basketball fans who have been deprived a proper conclusion to the 2019-20 season since Rudy Gobert’s positive coronavirus test March 11 that set off the worldwide cascade of sports league cancellations. Now, the NBA will look to finish what it started with a 22-team “bubble” at the Disney Resorts in Orlando, an eight-game finish to the regular season and four best-of-7 playoff rounds to determine a champion. We take a look at each of the teams involved as we move closer to the official return and today we’ll look at the Portland Trail Blazers team in our Sports Intel preview:

Where we left off: The Blazers had a rough go at it during the regular season.  Several key NBA injuries began to wear on the team and Portland only won 4 of its last 12 games before the season halt.  Damian Lillard was on fire in the last game played against the Phoenix Suns, and the Blazers were once again in contention for a playoff spot.  The COVID-19 suspension has given the team a chance to regroup, and things are going to get interesting in Orlando.

Can they win it all? The Blazers didn’t have a great run before the NBA season was called off, but they have a couple of stars returning for the Bubble that should help.  Jusuf Nurkic went out in March after a compound fracture in his left leg and Zach Collins has been gone since last October because of a shoulder dislocation that required surgery.  They’re both back in action and practicing ahead of the team’s first game against the Grizzlies, and are expected to bring the heat.  With the duo on the court fighting alongside Anthony and others, the Blazers now have a real shot at going all the way.

So, that’s it for our preview of the Portland Trail Blazers team ahead of the NBA season re-boot in Orlando at the end of the month. Join the Sports Intel team tomorrow for a look at another team involved.