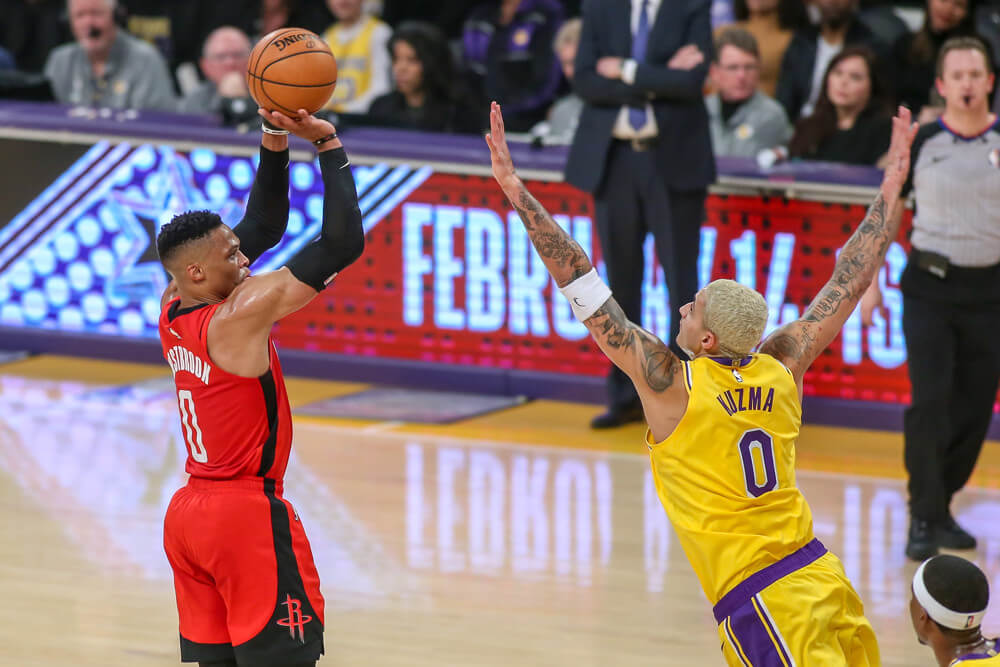 There’s already some trouble in the Bubble as some NBA players within the bubble have tested positive for COVID-19, so could the bubble be set for bursting?.  The NBA established health protocols so that each participant in the league can remain safe and does not get the virus; however, there have now been a couple of players testing positive, and concern has to be increasing.

In addition, Russell Westbrook of the Houston Rockets was found to be infected with the coronavirus before he made the trip, but he says he is feeling well, and he hopes he can rejoin his team as soon as he recovers.

Could The NBA Bubble Be Bursting Already?

Teams are doing everything they can, and confidence among players is on the rise.  Toronto Raptors guard Kyle Lowry is an important figure for the current season; he is one of the participants who helped establish the restart guidelines.  One of the relevant things he said was, “Our protocols are unbelievable.  I think our protocols and our health and safety measures have been top-notch.  I think this thing will work perfectly.  … We’re doing everything that we can possibly do to make sure that we’re healthy, we’re safe, and we’re in an environment where we can be successful and do our jobs at a high level.”

Undoubtedly, the NBA has been very serious about the risks of COVID-19 and how it could affect its members.  For that reason, the league has worked very hard to make the 2020 restart season a reality.

Only two players inside the bubble have tested positive, which is good news for the season being able to run its course.  However, two players – Bruno Caboclo of the Rockets and Richaun Holmes of the Sacramento Kings – broke quarantine and had to start the process all over again and its probably this type of behavior that could ultimately lead to the NBA Bubble bursting.  Florida is one of the states that has been hit hardest by another COVID-19 spike, and the league isn’t taking any chances.

After Westbrook revealed that he had tested positive for COVID-19, this turned into bad news for the league because he is one of the best players.  There were two other NBA members that also got the virus and they are now facing a 10-day quarantine.  Fortunately, these two NBA players never had contact with the bubble, so, there should not be much concern – players who are now in the so-called bubble were not exposed to coronavirus.

The two guys who have tested positive are in isolation waiting to come back to their teams. Lots of efforts have being made in order to protect NBA players from the disease, but, in the event that even one of the players in the bubble tests positive, it is likely that the 2020 tournament would be at risk.

The Rockets are waiting for Westbrook’s return, but it is still unclear when that will take place.  In spite of the virus, Westbrook motivated his fans by thanking them for their best wished and support, he also said to take the virus seriously and wear a mask and stay safe.

In addition, the team’s scoring leader James Harden and Luc Mbah a Moute are among the players who still have not joined the bubble at Disney, but it is expected that they will get together with their teammates as soon as possible.

Some NBA fans are really anxious about Westbrook making an appearance in Orlando, but there is still a certain degree of uncertainty surrounding his participation.   Westbrook is one of the most talented members of the Rockets; he is viewed as an irreplaceable player within the league.

This season, Westbrook is expected to have an average of 27.5 points, eight rebounds and seven assists per game. Some people are praying for his prompt recovery, this means solidarity and a spirit of brotherhood in the league.

The NBA bubble is extremely optimistic about the rules crafted by the league and players, that these will keep them safe from bursting even though some parks at Disney World were reopened for the visitors some days ago and the MLS restart.  In the coming weeks we will see future of the league.