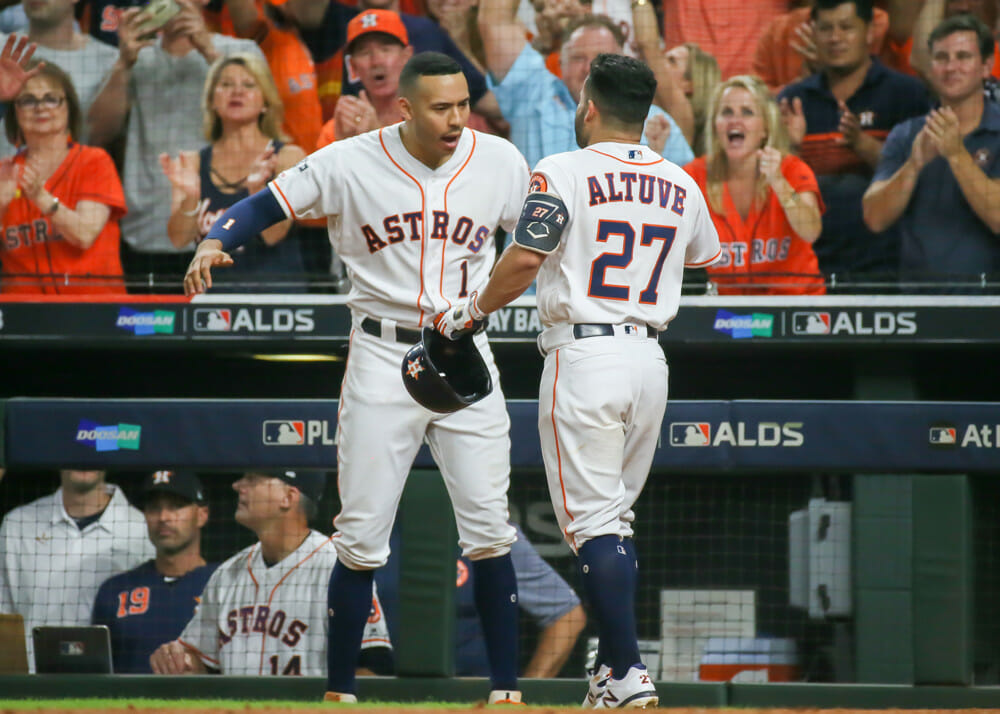 Cheating in MLB games may be more widespread than the scandal that has recently been revealed about the Houston Astros.  On the other hand, it may not be – it all depends on who you ask.  However, this past week saw a flurry of social media posts on the topic, including what some are calling damning evidence that indicates a widespread culture of “everybody cheats” in baseball.  Say it ain’t so, Joe.

Thursday was baseball day on social media, starting with the ESPN baseball analyst Jessica Mendoza, also a front office advisor of the New York Mets, calling out Mike Fiers for ratting on the Astros for stealing signs.

She stated during an appearance on ESPN Radio’s Golic and Wingo, in reference to Fiers and his tattling, “It didn’t sit well with me. And honestly, it made me sad for the sport that that’s how this all got found out…It was a player that was a part of it, that benefited from it during the regular season when he was a part of that team.”

Not long after she made her comments, the next wave of MLB traffic appeared when it was announced that Carolos Beltrán had been released as the new manager of the Mets, even before he was able to see his first game with the team.  That decision came from the brass in response to Beltrán’s previous relationship with the Astros.

After that, tidbits began appearing on a Twitter account that referenced several Astros players.  The account was reportedly that of Beltrán’s niece, or so it seemed, and called out second baseman José Altuve and third baseman Alex Bergman for having worn electronic devices in games that allowed them to be warned about off-speed pitches.  The legitimacy of the claims could be questioned, of course, especially since the account was later locked and deleted.

However, it was discovered that the account posted about Beltrán’s firing a day before it was announced to the world.  That suddenly boosted the truth-o-meter on the cheating allegations and the Twitter world erupted.  It didn’t help any that Altuve had told his teammates not to pull on his uniform during a celebration of their Game 7 ALCS win against the New York Yankees.

There is apparently an often-hushed topic of possible electronic devices disguised as patches being used in MLB that allow players to know what’s coming.  However, investigations by the league have yet to reveal anything conclusive.

This doesn’t stop the chatter, though, and yesterday saw the comms channels light up after the tweets by the person identified as Beltrán’s niece.  It was revealed later by Gary Sheffield, Jr., son of former MLB outfielder Gary Sheffield, that the “niece” was actually – allegedly – a player.  When Cincinnati Reds pitcher Trevor Bauer confirmed the patches rumor, things really got interesting.

What Did The Players Say?

Mike Clevinger, the starting pitcher for the Cleveland Indians in the MLB, weighed in with his stance on the cheating scandal, stating, “[The cheaters] shouldn’t feel comfortable looking at any of us in the eye let alone on the field and any other MLB player feel different, they can get it too… This is where throwing hard has its MF perks BB so either police it @MLB or I’ll get back to my training.”  He added, “Best part is their fans still actin with the same pompous ass attitude those boys walked with, while taking millions of dollars from boys and jobs completely, staring at the camera, carrying a bat to first, maybe some don’t get it. But this is worse than steroids.”

After that, the conversation continued, with many players chiming in and wishing ill-will on the MLB.  Brooklyn Dodgers heavyweight and MVP Cody Bellinger stated, “For the sake of the game I Hope this isn’t true.. if true, there needs to be major consequences to the players. That Completely ruins the integrity of the game!!!”  His comments were followed by the team’s pitcher, Alex Wood, who added, “I would rather face a player that was taking steroids than face a player that knew every pitch that was coming.”

There were more comments made about the MLB cheating scandal, and they all echoed the same opinion – the majority of MLB players believe cheaters should be lynched.  Fans got involved, as well, digging up pictures of players that seemed to confirm that something bulky or out of place was hiding beneath their jerseys.  However, no one was able to deliver the smoking gun, or the smoking patch.

Not since the 1919 World Series has MLB had to deal with this much negative publicity and alleged widespread cheating.  The argument that “everybody does it” may fly on the junior high playground, but not in the big leagues, where integrity and honesty are meant to be intrinsic with the definition of pro baseball.  With sports gambling taking a serious foothold in the US, it’s more important than ever that MLB do its job and ensure cheaters don’t win.