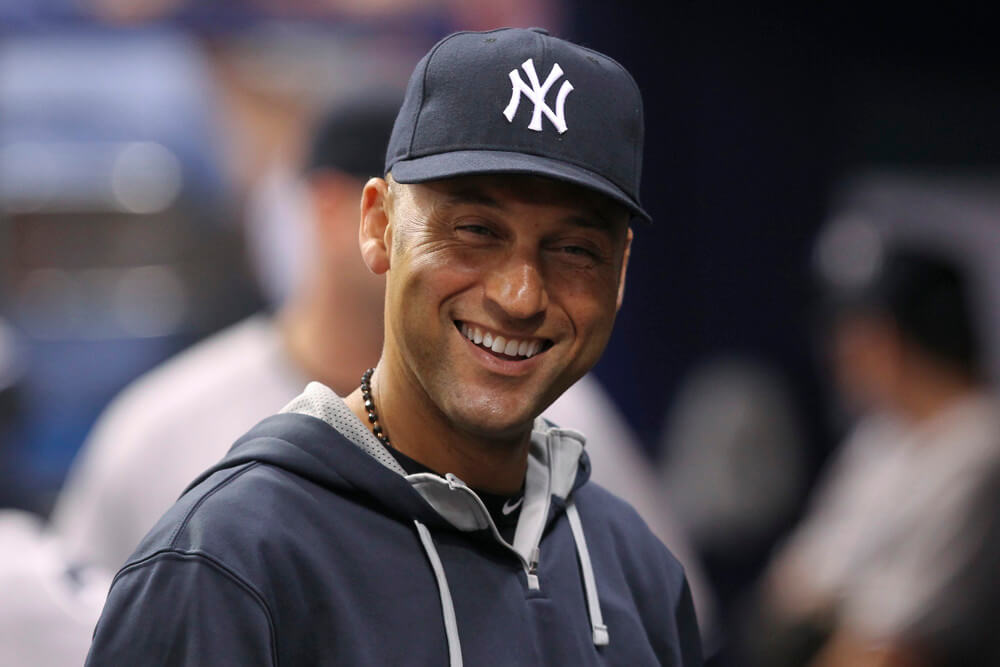 Major League Baseball has a couple more names to add to the Hall of Fame.  On Tuesday, two players were selected for inclusion, one of which almost received all 397 ballot possibilities by the Baseball Writers’ Association of America.  Baseball fans can now welcome Derek Jeter and Larry Walker to the HOF.

The Record of Derek Jeter

Jeter has been associated with baseball since he was old enough to hold a bat.  He played for the New York Yankees, making his debut in 1995, and continuing until 2014.  He holds team records in hits at 3,465, doubles at 544, games played at 2,747 and a slew of other accolades that will be hard to beat.  He is also the owner of five Silver Slugger Awards, five Gold Glove Awards, two Hank Aaron Awards and a Roberto Clemente Award.  If that weren’t enough, he was also selected to make 14 All-Star appearances.

When he took off his Yankees uniform for the last time, Jeter didn’t hang up his glove.  He is now the CEO and part owner of the Miami Marlins, which he purchased along with Bruce Sherman in 2017.  His financial stake is small, but his involvement is big, calling the shots on how the team operates.

Jeter received 396 of the ballots, with one lone holdout believing he wasn’t worthy of being accepted to the HOF.  It isn’t clear who the individual is, but it isn’t important to Jeter.  He’s happy to have been selected and there is only one other player in MLB history to have been selected unanimously.  That fell to Mariana Rivera, a Yankees teammate of Jeter, last year.  Jeter can still claim the second-highest voting percentage in history, with 99.7% showing support for his induction.  With the results, Ken Griffey Jr. was bumped to third place with 99.3%.

How about Larry Walker?

Walker had a productive career, as well.  He entered the league after being discovered by the Montreal Expos in 1989, and played for three teams during his time on the field – the Colorado Rockies and the St. Louis Cardinals were the other two.

Walker was a right fielder who also achieved a long list of awards.  He has seven Gold Gloves, three Silver Sluggers, nine Tip O’Neill Awards and the 12th-highest batting percentage (.565) of all time.  He is all a five-time All-Star player and received the Lou Marsh Trophy in 1998 in recognition of being the top athlete in Canada.  Not bad for a guy who, as a teenager, wanted to play in the NHL.

The slugger didn’t expect to be selected for the HOF and, as the time for the final announcement was wrapping up, he was confident that he had missed the opportunity.  He tweeted, “I believe I’m going to come up a little short today,” following it up later with, “I had it when they’re going to call, a roundabout time, and that time had come and gone.  And there was two minutes after that when the call actually came.”

Walker received 304 votes, six more than the 75% threshold required to be considered.  This was considerably higher than the 54.6% he received last year, and it couldn’t have come at a better time.  This was the last year he is eligible for inclusion as he made his tenth and final appearance on the ballot.

Roger Clemens and Barry Bonds missed another shot at the HOF this year, receiving 61% and 60.7% of the votes, respectively.  Those two names, based solely on their on-field performances, are worthy of inclusion.  However, they both found themselves in trouble for using steroids, which is undoubtedly coming back to haunt them.  Each has risen slightly in the voting this year, so there’s still a fighting chance that a change is coming.