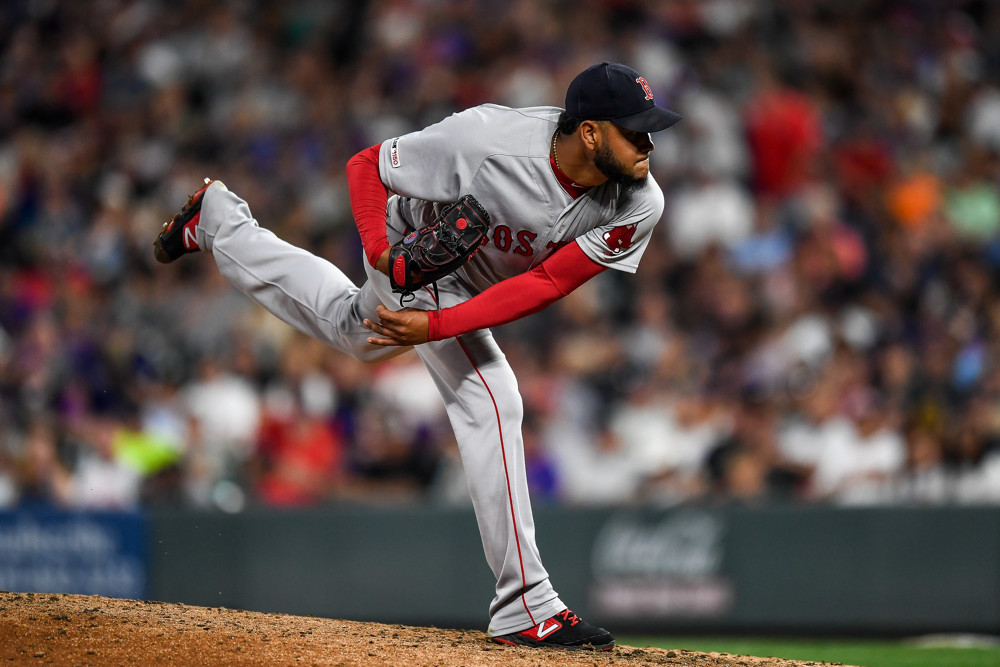 After another perfect day we are 5-0 on the week with our MLB picks, let’s keep the ball rolling with some best bets for Wednesday night.

The Philadelphia Phillies (72-65, 66-71 ATS) square off against the Cincinnati Reds (64-75, 72-67 ATS) for the third of a four-game series.   The Phils have won back-to-back games so far and look to sweep Cincy in the hopes of clinching an NL Wild Card berth.  The Phils trail the Chicago Cubs by just 2.5 games for the second NL Wild Card slot with a mere 25 games left on the schedule.

Nola has also found success pitching against the Reds, sporting a 2-1 record and a 2.86 ERA with 35 punchouts in 34⅔ career innings vs. Cincinnati.  In his tenure as a starting pitcher, Nola has held the current Reds lineup to a paltry .177 BA and a .225 OBP, including blanking Joey Votto (0-for-12).  This is a great spot for Nola to shine and at -145 on the moneyline, a great spot to bet the Phillies too.

The Cincinnati Reds will look to counter with Trevor Bauer (10-12, 4.53) who has struggled since coming over from Cleveland.  Bauer has posted just two quality starts since making to move to Cincy and has found it hard to pitch deep into games of late. In his last seven starts, he is 1-5 with a groan-inducing 9.17 ERA, coughing up 35 earned runs in just 34 innings of ‘work’.  His last time out offered little encouragement, getting lit up for six runs on seven hits over just four innings in St. Louis.

Perhaps even more worrisome is the fact that Bauer allowed five of the first six batters in the game to reach base, he squandered a two-run lead in mere minutes. This is all rather confounding as Bauer was easily a SP2 last season, allowing four runs or less in each of his 27 starts in 2018.  Bauer claims he is pitching healthy, which, if true, is even more cause for concern as it appears his mechanics are breaking down and some adjustments need to be made.

With the way Bauer and Nola are each pitching right now, and the Phillies odds hovering at a very reasonable -145 at the moment, we’re pulling the trigger on the Phils moneyline tonight.

While the Minnesota Twins (86-52, 76-62 ATS) have been one of the biggest surprises in 2019 so far, they might be running into a brick wall Wednesday night in Boston. Perhaps the biggest roadblock for the visiting team tonight is their own starting pitcher, Jose Berrios.  The young right-hander had a great start to the year but has been mired in a truly awful stretch of play since the All-Star break.  Berrios, in August, allowed six long balls along the way to amassing a 7.57 ERA while opposing teams hit .333 and slugged .556 against him.  Over the course of this downfall the ‘over’ has hit 5 times in a row and trends suggest this slide is not yet over.

Over the course of Berrios’s career, his two worst months when looking at ERA are consistently August & September.  Year after year he just seems to break down toward the end of the season and struggles to make it to the finish line. Even more worrisome is the fact that the Boston Red Sox are third in terms of FIP on the year, Berrios has been recently rocked by the 7th & 12th ranked offenses in this category. Adding to all this, there are five batters on the Red Sox roster who sports a career batting average over .300 against Berrios.

In stark contrast to Berrios’ struggles, we look across to the home team dugout and Boston’s Eduardo Rodriguez (16-5, 3.97 ERA) who has seen a season filled with success.  He has been the Sox’s most consistent pitcher and looks to continue his hot streak tonight at home.  Over his last seven starts, Rodriguez has come away with a 4-1 record and a 3.59 ERA with 34 strikeouts in 42 ⅔ innings pitched.  He has not faced the Twins since that hot streak but came away with a win after tossing 7 innings of four-run ball with nine punchouts.  Current members of the Twins lineup are hitting .313 career against Rodriguez, but he has evolved to a different pitcher in 2019 so don’t let those numbers scare you off the Red Sox.

This is another game with a clear pitching advantage which also brings favorable odds on the home favorite.  Take a chance on Rodriguez and the Red Sox at home to get to Berrios early and hold on for a win.

There is a clear cut game for ‘stinker of the night’ with a pair of bad teams facing off in the Detroit Tigers (40-96, 57-79 ATS) & Kansas City Royals (50-89,  66-73 ATS).  While we can all agree that both teams induce the dry heaves when watching, this does not mean we can’t find value in betting on the dueling dumpster fires.

Let’s start at the bottom with the Detroit Tigers, a team that might reach 100 losses by week’s end and are also sporting the worst ATS record in the league, covering just 41.9% of games played.  In fact, the Detroit Tigers rank dead last in a number of important categories including run differential (-271), home run percentage (2.4%) & walk percentage (6.3%) to name a few. They have not won a series since mid-July and are 2-4 this year playing in KC.

Not helping matters in the least is the Tigers’ confusing choice to continue starting the human home run machine, Edwin Jackson.  Surely there is some poor scrub toiling away in Toledo, pitching well for the Mud Hens, who deserves a start over Edwin Jackson, but I digress. The point is, there is rarely a runaway candidate for the worst pitcher in baseball in any given season, but we have one this year.  Jackson technically doesn’t have enough innings to qualify, but if he did, he’d be low man on the ERA totem pole by a long margin.

His last ‘effort’ saw him surrender eight runs in just 2 ⅓ innings vs the Twins and really should have been the nail in his career’s coffin.  Perhaps the Tigers are hoping he pitches as he did in his Tigers debut, which was against these same Royals.  Jackson spun 6 ⅓ innings of one-run ball, but this was his lone bright spot in a black hole of a season.  Don’t expect a repeat performance.

Not to be outdone, the Kansas City Royals are trotting out Jakob Junis (8-12, 4.93) who is coming off a no-decision vs Oakland.  I think closest I can come to a compliment I can give the Royals is that they are not as bad as the Tigers, and Junis is not nearly as awful as Jackson.  Junis’s big issue is the long ball, but with Detroit ranking 3rd worst at home run hitting, he might be able to squeak out a quality start tonight.  He is 1-0 with a 3.32 ERA on the season vs the Tigers and it’s entirely possible this is one of those nights where Jakob has his stuff.  Now I wouldn’t be spot starting him in my fantasy baseball playoffs matchup, but all signs point to KC as the play for this game.