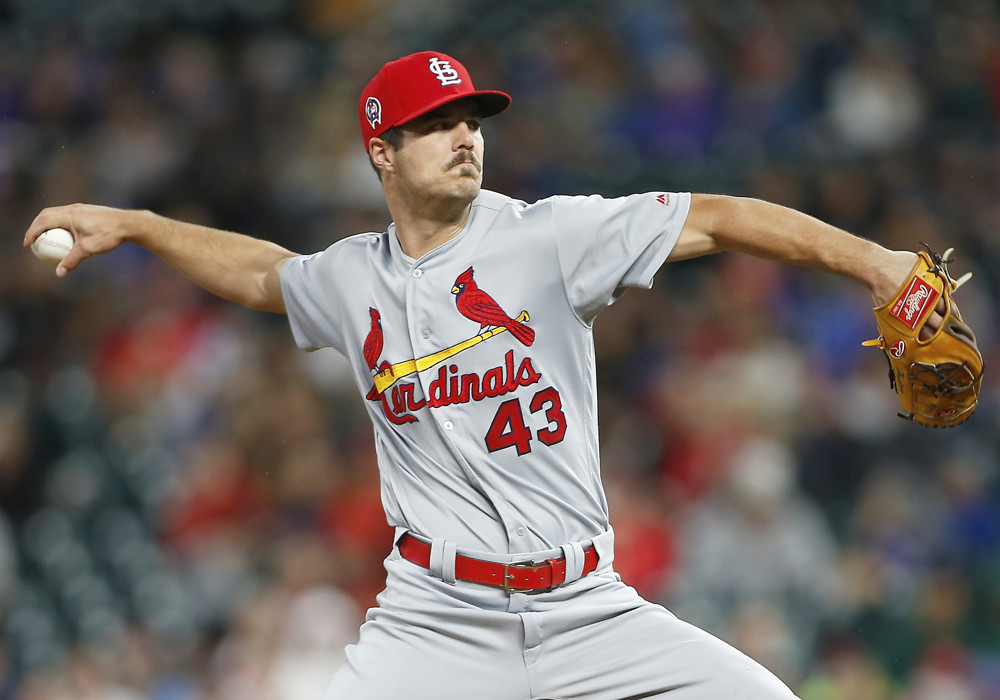 Looking to bounce back like the Oakland Athletics on Wednesday after a rough Tuesday, we persevere.  Here is another set of games that we’re hoping does us a bit better than last night’s picks.


We’re coming off a horrendous game that saw Wade Miley let the Astros and more important, myself, down Tuesday.  I was really high on Houston yesterday to win back-to-back against the A’s, perhaps I was just high when I capped that game.  But either way, Miley gave up seven runs in the first inning and the Astros lost 21-7, not a typo and certainly not a cover.

Now, this throws a real wrench into the Astros’ rotation as today was previously designated as a bullpen day, with an opener scheduled to start the game.  But after Miley’s abortive appearance last night, the Astros exhausted a quartet of their relievers to record the final eight innings worth of outs and needed to adjust their pitching plans.

This opened the door for first-year right-hander Jose Urquidy to take the hill at Minute Maid Park Wednesday night for the Astros.  He really needs to put at least 5-6 innings of quality work in tonight to be effective, due to the Astros having such a depleted bullpen tonight.  It was a tough loss for the Astros, who were coming off a 15-0 trouncing of the A’s just one day before.

But such is life in the Majors and the Astros are looking to bounce back tonight. Sadly, Urquidy might not be the guy to get that done as he has posted a tepid 1-1 record with a 5.33 ERA in 6 appearances for the Astros in 2019.  Last time out he allowed one run on two hits over four innings of relief work.  It took him 61 pitches as he labored through those four innings.

His real saving grace is his strikeout rate, but even that isn’t enough for him to be considered a good bet outside of a spot start on your fantasy team.  Wednesday marks his first career appearance vs the Athletics, be it a start or in relief, and this bodes well for the underdogs who are trading at +150 at the moment.

Hefty-lefty Brett Anderson (11-9, 4.08 ERA) takes the mound for Oakland and has a big personal goal to achieve by pitching well.  He is just one win shy of setting a personal win record, with his current best being a 10-win season back in 2009, his rookie campaign.

On the road, Anderson has been a plus bet on a player with a 7-3 record and 3.39 ERA in his 14 starts away from the Coliseum.  This is good for the seventh-best road ERA in the American League if you can believe it.  He has struggled to a 1-5 record with one save and 6.68 ERA in seven career appearances vs the Astros, including an ugly 2-0 mark with a 6.10 ERA in 2019.

So, where do we stand for game 3 of this series?  Well, if the scoring trends continue we should expect around 43 runs to be scored in an Astros win.  But as that seems unlikely. Let’s try to make a more educated guess based on more than just two games of action. By all accounts, the pitching in the contest is sub-par while the bats are above average. With the total set at 10.5 I think the OVER is a value play tonight, especially considering these two teams have combined for 43 runs in the last 18 innings.  On their own Oakland has averaged 5.9 runs per game with Houston scoring just 4.4 over their last 10 meetings.  During those games, these teams have combined to hit overs in 4 of their last 5 meetings. Let’s roll with the trend and hope the bats stay alive Wednesday night in the Lonestar State.


As if being on the Colorado Rockies this season wasn’t already embarrassing enough, Antonio Senzatela has taken mediocrity to new heights in 2019.  He has an 8-10 record with a 7.19 ERA and has allowed at least five runs in each of his last six starts with an ERA over 10 during that stretch.

The only reason he still even has a job is the injuries that have decimated the Rockies rotation so far this season. With literally no other options, the Rockies trot him out again to what can only be expected to be another rough outing.  The Rockies have dropped five of the last six games he has started, which each of those losses by four runs or more.

Senzatela’s issues are bountiful, but they can all be traced back to one glaring gap in his skill set.  Senzatela, a starting pitcher in Major League Baseball, has a bad fastball.  Now that is kind of like saying an NBA player who can’t shoot free throws, as if that was the only thing they were asked to do.  How in the world a guy make it this far in the MLB system with such a sub-standard fastball is beyond me.

Perhaps even more confounding is his confidence in his fastball, as he tosses it 64% of the time.  A pitch with average velocity and zero movement is Senzatela’s favorite pitch.  Any guesses as to why his ERA might hit 10.00 by the end of the season?  The command is also an issue with the fastball, which seems is really just another red flag to pin to Senzatela’s lapel.

The ball rate on his fastball is a staggering 15 percent higher than his strike rate…. with a fastball! I can understand a knuckleballer having issues locating pitches, but a fastball pitcher!  What is this, amateur hour? The only spot which Senzatela routinely hits the strike zone is rick smack broad street, a place most pitchers try to avoid. He throws fastball strikes right down the middle of the plate at a 7.78 percent clip.  And remember these are slow with no movement.  If you haven’t figured this out already, I think Senzatela sucks and should be an auto bet against in any situation he finds himself in until further notice.

On a more pleasant note, St. Louis’ Dakota Hudson is a man who is doing his job well and throwing strikes more often that ball.   He makes throwing strikes look almost easy in fact, but he is also making those pitches count.  He has allowed zero runs in four of his last five starts.  In fact, the amount of runs he has given up equals the level of confidence I have in Senzatela, zero.

Hudson has also been a great bet for sports wagering experts as he has made backers +11.9 units in starts this season.  The Cardinals are quite happy with him as well as they’ve won the last 6 games in which Hudson has started.  More importantly is they are 14-1 when he is favored and up +12.4 units in those games.

While opponents are busy slamming Senzatela like a taxi car door, Hudson has been keeping runs off the board and runners off the bases. He has been doing a great job pitching to soft contact and really seems to be honed in right now to his strategy. Hudson sinker has been the start of the show, not to be confused with Senzatela’s stinker, a pitch which hitters are batting under .100 against, pretty good numbers there folks.

As far as teams go, well the Rockies had lost 10 of their last 11 until the squeaked out a 2-1 win over the Cardinals last night.  A Cardinals team that had handed Colorado five straight losses up until that point.  Nolan Arenado really should have gotten the win as he did all the damage in the first inning with a two-run shot, sealing the deal early for Colorado.

Do not expect a 3 run game again tonight, especially at Coors.

In fact, I wouldn’t be surprised if we saw a 3 run inning tonight with Ole Shaky Senzatela on the hill.  The Cardinals are in a great spot here, winning 8 in a row coming off a loss with six of those wins covering the run line. This mismatch creates a pair of best bets for this game with a play on the Cardinals runline and a play on the over which is risky with a 12.5 total.