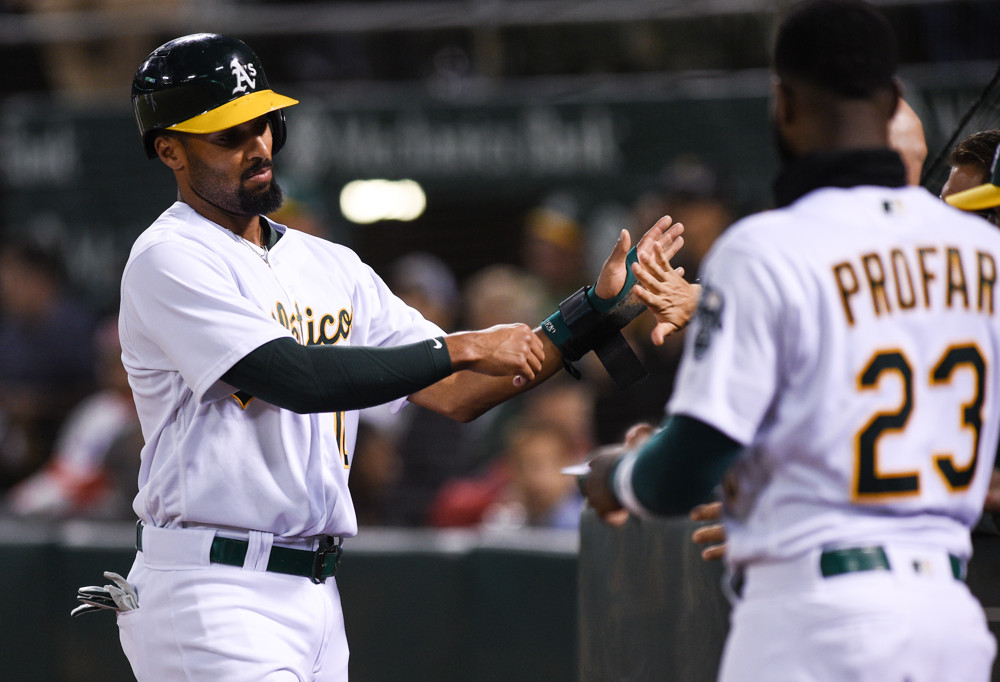 We went 2-1 last night with winners in the Athletics vs Mariners game and a win with the Brewers as a moneyline underdog.  Let’s end the last week of the regular season on a high note with Friday’s MLB Picks of the Day

The New York Yankees and Texas Rangers face off in Arlington Friday night with the Yankees still in the hunt for the best record in baseball.  For them to win those honors they will have to not lose again this season and for the Astros to collapse on themselves starting Friday against the Angels.  The Yankees did themselves no favors this week in pursuit of that goal with a pair of painful losses to the Tampa Bay Rays, 2-1 on Tuesday and 4-0 on Wednesday.

James Paxton will get the start tonight with a 15-6 record, 3.73 ERA and 185 K’s in 149⅔ innings.  Paxton has served as the team’s ace for the better part of the season and will look to make the most of his final start before the postseason.  Over his last 10 games, each a win, he’s tossed seven quality starts and given up 3 runs just twice in those starts.

The Yankees have also won 10 of Paxton’s last 11 starts and are 1-7 in their last eight games which started a series.  His last time out, the 28th start of the season, he spun six innings of shutout ball against the Blue Jays to continue his hot streak of 10 consecutive victories.  The ‘Big Maple’ becomes just the fourth Yankee starting pitcher to win 10 straight joining the likes of Ron Guidry, White Ford and Lefty Gomez — the kinds of names one would like to be associated with.

With a win tonight, Paxton would move into a tie with Guidry, who actually won 11 on the trot in 1979.  The veteran southpaw might just be the best pitcher in baseball right now and is a lock to start game one of the ALDS this upcoming week.  Paxton owns a 3-4 career record and 4.21 ERA against the Texans in 14 appearances.  His last time facing them he went seven scoreless innings earlier in September, so let’s assume he has their number again tonight.

The Yankees are happy to have back stud of a man, Giancarlo Stanton, back into the lineup just in time to get some AB’s before the postseason starts.  He has dealt with nagging injuries all season long and has appeared in just 15 games this year, hitting .265 with 2 home runs and 10 runs batted in over that short time.  The Yankees as a team are getting healthy at the right time with Edwin Encarnacion, Gio Urshela and Gary Sanchez all expected back before the weekend.

On the flip side, the Texas Rangers are coming off a series loss to the Red Sox which saw them outscored 27-18 in those three games. The Rangers did have a winning record earlier in the season in what was a promising start for the unlikely success.  Regression struck hard however and they quickly saw their playoff chances further from reach as the losses began to pile up.

Things haven’t gotten much better as the end nears having lost 9 of their last ten games overall and losing Joey Gallo for the season, their best offensive threat. The Rangers score an average of just 4.94 runs per game, which is good for 12th in the Major Leagues, not bad really.  Texas has been on a downslide of late, having lost their last five games to start a series and are 2-5 their last seven.

The ‘under’ bets are hitting for the Rangers list now with a 8-2 record their last 10 games and 16-6-1 their last 23 games on a Friday. The problem here is their pitching staff that owns a 5.03 ERA, which ranks them 23rd in the league.

The Rangers will be sending Joe Palumbo to the hill tonight, part of the problem not part of the solution in my opinion.  Over an abbreviated season of just 13.2 innings, Palumbo has not impressed.  He has an 0-2 record and a 9.22 ERA to go with 14 K’s and half as many walks. While he has been good out of the bullpen, the rookie southpaw has struggled in his first few starts of the season.  With a minor league ERA, if 3.01 in 80 ⅔ innings pitched with a 1.13 WHIP, Palumbo has a future but that day has not quite come yet.

I wouldn’t expect James Paxton to see a full game of action Friday night.  The Yankees just want to keep him on schedule and give him a reasonable amount of innings to work.  I predict he’s out before the 6th inning, having mostly blanked the Rangers. Based on this I’d like to make a bet on the first five-inning total at 6.  I think that while Palumbo is sketchy at best, he does enough to keep the Yankees from scoring 6 runs before the 5th inning while Paxton cruised to an abbreviated shutout.
Best Bet: Yankees vs Rangers first fiving innings UNDER 6 total runs (-101)

The Oakland Athletics remain in Seattle Friday night to take on the Mariners again at T-Mobile Ballpark.  After splitting games with Seattle, and almost no-hitting them on Tuesday night, the A’s are fighting to keep their home-field advantage in the American League Wild Card game. They currently are clinging to a one-game lead over the Tampa Bay Rays and three games ahead of the Indians.

These three teams are the only ones still in a Wild Card race at the moment with just three games separating them.  At this point, anything is possible and the Athletics know this.  They need to win this game against a bottom-feeding team if they hope to keep pace with the Indians and Rays this weekend.

Oakland has gone 10-3 over their last 13 games and reeled off eight runs over their last three games, two against the Mariners.  Marcus Semien is the leader of this offense and has smoked opposing pitchers to the tune of 186 hits and 91 RBI’s, he could eclipse 100 with a serious performance down the wire.  After they avoided a disaster in their previous series, they need all the help they can get to remain in this race.  Truth is, the A’s had this Wild Card game locked up last week, but as we saw with the Cubs, things are never a total lock until a mathematical elimination.

They lost back-to-back games against the Rangers and Angels, making their road to the Wild Card murky and harder than it needed to be. They can ill-afford another bump in the road, which included last night’s loss. Christmas came early for the A’s, however, in the form of an Indians loss to the lowly White Sox.  A win in that game would have moved them just a game behind in the Wild Card race for the second spot and just two games back from Oakland.  Mike Fiers gives them a great shot to win against a lesser team Friday night, but the same was the case last night and that didn’t go well.  So what can we expect from Fiers and the A’s Friday night?

Fiers will have to be on top of his game considering how badly the Athletics have been hitting of late, scoring no more than three runs in any game this week.  This is even more concerning considering they are being shut down by sub-par talent on the other side of the field.  Struggling to generate runs at the worst possible time requires one thing to win, a strong pitching staff. With this in mind, the Athletics are taking zero chances and sending veteran journeyman Mike Fiers to the hill.  He is coming off a dominant outing against the Rangers which saw him allow just two hits over eight scoreless innings last weekend.  He has a 15-4 record with 3.91 ERA and a 1319 WHIP so far this season and is the perfect guy to get a much-needed win tonight on the road.

Trying to stop the Athletics and spoil their playoff hopes in Justus Sheffield, the 23-year-old southpaw rookie.  He most recently gave up four earned runs to the Orioles of all teams.  Working just four innings and giving up five runs to the White Sox the week prior, Sheffield is really a high-risk option for the Mariners.  But at this point in the season, Seattle just really wants to see what Sheffield has to offer and if he can pull himself out of this extended slump.  Sheffield and the Mariners can have a profound effect on the outcome of this Wild Card race, despite being 29 games out of it. That is their only goal at this point in time and has played the role well so far with last night’s victory.

The Athletics want to lock this Wild Card spot down and therefore are taking no chances, hence why Fiers is starting this game and not resting for the postseason.  This makes sense as the A’s are guaranteed nothing as of this writing.  Fiers has lost just a single game since the beginning of May, an L to the Astros earlier this month, and he has that veteran experience to draw off of.  It is just a matter of time before the Athletics get the train back in motion, but with on a few guaranteed games left on the roster, they better start that engine up tonight in Seattle. A good team in a must-win situation with a veteran ace on the mound makes this game a no-brainer for me.
Best Bet: Oakland Athletics -1½ (-125)