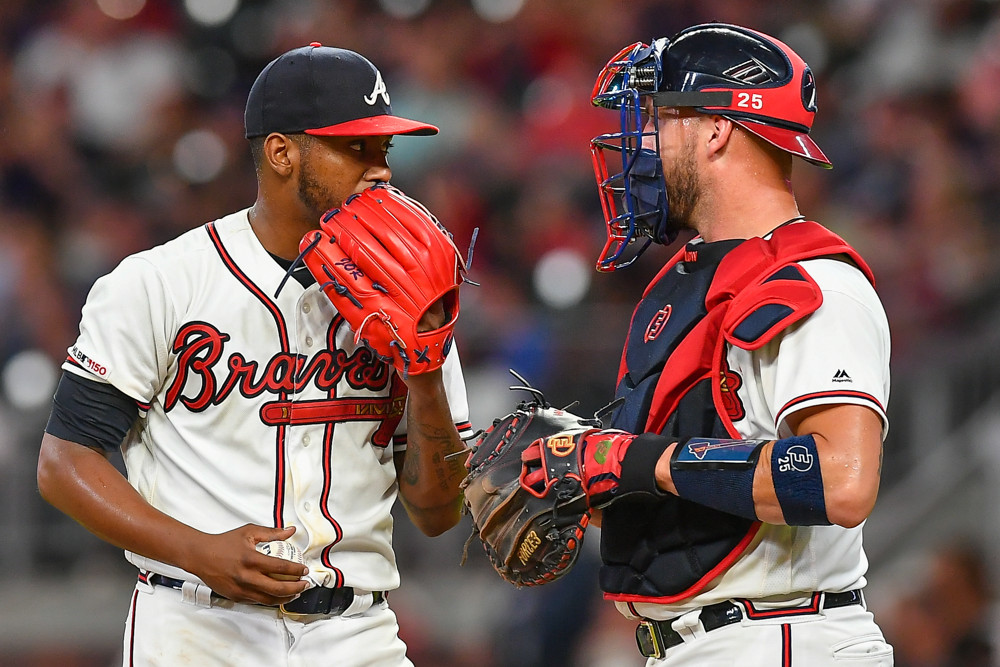 Sunday marks the final day of the MLB regular season and we’re primed to end the year on a winning note.  With that in mind, let’s take a gander at a pair of games for Tuesday night which I believe present strong betting value.

The Braves have already clinched the National League East and no longer need to worry about the Phillies or Nationals breathing down their neck.  No matter what goes down from here on out, the Atlanta Braves will be coasting into the postseason.

Despite this game holding zero playoff implications, there is still no lack of betting value on the Braves and Royals tonight. Atlanta and KC kick off a two-game tilt with some big news coming out of both camps recently.

The Royals’ manager Ned Yost, who led them to a 2015 World Series title, announced this would be his final season in the dugout after a disappointing 100-loss season. The Braves’ news is a bit more positive, as they just clinched their second straight National League East crown and are in full postseason prep mode. Technically the Braves have a shot at catching the Los Angeles Dodgers for the best record in NL, but it’s a real long shot.

The Braves will send Julio Teheran (10-10, 3.55 ERA) to the mound Tuesday night for his final start of the regular season.  Teheran has a pretty strange lifetime stat line against the Royals with an 0-2 record with a 0.69 REA.  Pretty much, Teheran handles the Royals but the Braves have offered him little run support in those games.

Teheran’s counterpart tonight will be the Royals veteran southpaw, Danny Duffy. His last start was a gem where he spun seven scoreless innings last week in Oakland, giving up just two hits and a single free pass.  It was a tough-luck loss for the Royals as they dropped that game in 11 innings, 1-0.

Duffy is currently riding a 12-inning scoreless streak over his last two starts and hasn’t given up a run since September 13th in Houston.  Duffy last pitched against the Braves on July 23rd en route to a 5-4 win behind 11 strikeouts with one run and a walk over six innings.  He has allowed just one run against the Braves since joining the Major Leagues.

This is a tough game to predict.  The Braves have little reason to push for a win here and have already begun resting guys for the postseason.  Freddie Freeman, for example, will not be traveling with the team to KC as he undergoes treatment on bone spurs in his right elbow. One would think that the Royals, with Duffy on the hill, would make a good underdog bet against a team that is guaranteed a playoff spot.

The fact of the matter is the Royals are 10 games into a 15 game run of playing teams who have clinched postseason berths so far.  They are just 2-8 in those ten games.  So the Royals can’t even beat teams who are just coasting right now.  This is a bad sign.  I would love to take the Royals just based on Duffy’s play right now, but instead I’ll be leaning to the ‘under’ here.  Both pitchers have very low ERAs off the other team while getting little run support along the way.

Both the Rays and Yankees have a lot to play for in the closing days of this 2019 regular season.  Tampa Bay is hoping to continue their winning ways and earn a spot in the American League Wild Card game, and it’s a tight race between them, the Indians and the Athletics. The Yankees, meanwhile, are playing to earn the best record in baseball and therefore securing home-field advantage throughout the playoffs.

Tampa Bay (93-64) is trying to catch the Oakland Athletics, trailing by 1½ games for the top Wild Card spot in the AL and leading the Indians by just a half-game for the second berth.

“We just got to win, if we win, good things will come our way,” said Rays manager Kevin Cash.

While this is far from enlightening, he isn’t wrong. The Rays are enjoying a strong end to the summer with a 17-6 record since August 29th, culminating with a series win versus the Red Sox with a 7-4 win Monday night.

The Rays will send Yonny Chirinos to the mound Tuesday, making his second appearance and first start since coming off the IR with inflammation on his pitching hand.  He allowed a home run to the Red Sox in the fourth inning during a relief appearance, throwing 16 pitches in a 5-4 win.  In his starts, Chirinos is 6-5 with a solid 3.55 ERA over 17 starts in 2019 and a 1-2 record combined with a 4.05 ERA against the Yankees.

The Yankees have already surpassed the 100-win mark in what has been their best regular season in quite some time. This despite a record-breaking amount of early injuries and even an unfortunate suspension along the way.  Despite these hurdles, the Yankees have rarely stumbled and have yet to fall.  They have already clinched their first division title in seven years and comes into the game just a half-game back from the Astros. They are streaking right now, having won 12 of their last 18 games, including winning two of three games against the Blue Jays over the weekend.

The Yankees will employ an opener against Tampa Bay with CC Sabathia expected to toss a few innings tonight in relieving while Happ will be on the same schedule Wednesday. This is in preparation for the Yankees to use a three-man rotation with Masahiro Tanaka, James Paxton, and Luis Severino spitting games while Sabathia and Happ work out of the bullpen.

As of this writing, Masahiro Tanaka is listed as the starter, perhaps the opener if the Yankees have not changed their gameplan at the last minute. Or perhaps they just want to keep Tanaka on consistent rest and just let him pitch abbreviated innings tonight before bringing in Sabathia.  Other likely openers include Cory Gearrin (1-2, 4.08 ERA) and Luis Cessa (2-1, 3.66 ERA)

The Rays have emerged victorious in just five of their last 17 games against the New York Yankees in 2019 and their season hinges on a two-game sweep, starting tonight. This is not a likely outcome however as the Yankees should handle Tampa Bay with relative ease tonight.  They are coming off free day, while the Rays had a brutal battle with the Red Sox last evening.  The Yankees are great on the road versus teams with a winning record and against right-handed pitching.  Additionally, the Rays are 0-7 when Chirinos starts versus a winning team and are 1-5 om his last six starts at The Trop.  This will be another game where the Yankees score big, early and often and end up coming out way on top of the Tampa Bay Rays tonight.