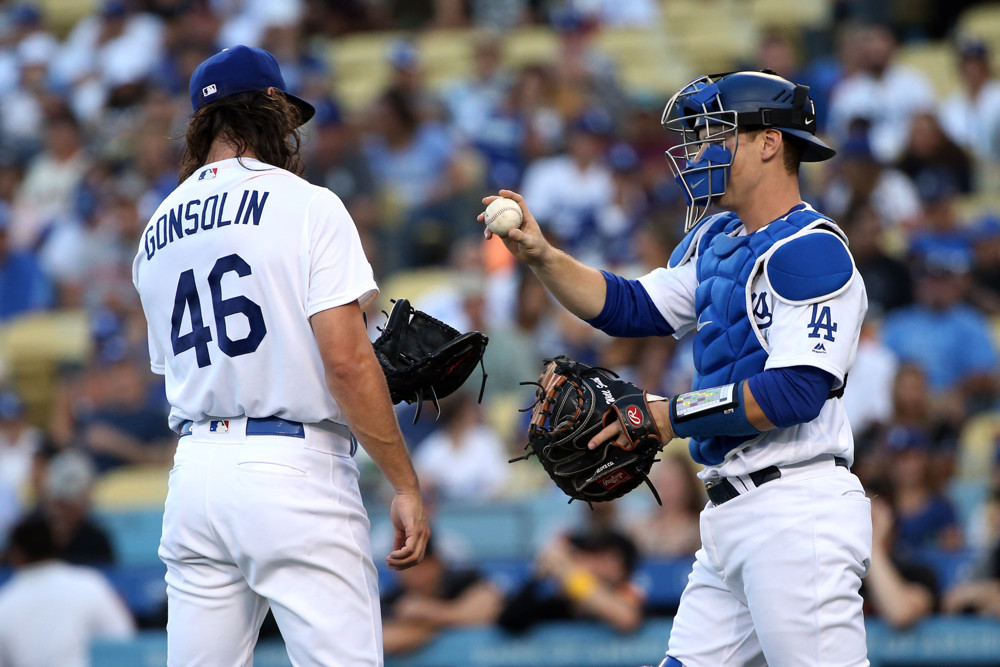 The Los Angeles Dodgers take the field tonight against the Tampa Bay Rays, the last team with a winning record that LA will face this regular season. I what could be a preview of the World Series the Dodgers are favored to win as the cruise to their third straight pennant win.

As it stands, the Rays have a lot to play for with Tampa Bay holding on tight to an American League Wild Card berth.  While it’s unlikely Tampa Bay catches either the Yankees or Astros, with odds currently sitting at +1400 to win the pennant, they need to continue to win big games to keep their Wild Card spot.

This game marks the end of an eight-game road trip and also their final game against National League opponents this season. On the year the Rays have had strong results vs. the NL with a 13-5 record coming into this matchup. They are trying to hold off the Cleveland Indians, who trail by just a half-game, while also looking to catch the Oakland Athletics who hold the top Wild Card spot by two games over the Rays.

Tampa Bay has clinched a winning record on the road for the fifth time over the last decade and will turn to rookie southpaw Brendan McKay to keep their winning ways alive.  The young rook carries a 2-4 record with a 5.37 ERA into this matchup against one of the league’s best squads. McKay is a unique talent akin to Shohei Ohtani, as he’s not only an accomplished pitcher but a real threat at the plate as well. While he’s not gotten many opportunities to swing the bat this season he is 1-for-5 with a run scored and a walk, earning his first hit on Sunday against the Angels.

While he is a serviceable Major League hitter, it’s clear his future is on the mound.  The Rays have been very careful with McKay, both limiting his at-bats and putting him on a pitch count right around 60.  He has not pitched more than four innings in his last four games and since coming back to the roster on September 3, McKay has given up three runs over seven innings. He has not faced the Dodgers yet this season, but has a concerning 5.09 ERA on the road this season and the Dodgers are a dangerous team for any pitcher to face.

The Dodgers will counter with a rookie of their own with right-hander Tony Gonsolin (3-2, 2.83 ERA) getting the nod. He is currently fighting to be the Dodgers No. 4 starter for the postseason, specifically if they make it to the National League Championship Series.

Gonsolin was the Dodgers Minor League Pitcher of the year for 2018 and has been solid in eight major league appearances so far in 2019.  His last time out saw Gonsolin come away with a win in Baltimore, giving up just one run over three innings.  In his starts, he is 2-2 with a 2.89 ERA and 24 strikeouts in 28 innings of work. He has never faced the Rays but is a strong home field play with a 2-1 record and 1.20 ERA in 15 innings at Dodger Stadium.

The Dodgers are currently the only team in the league to have clinched their respective division, but still have a strong motivation to earn the best record in the league and home-field advantage through the World Series. The rest of the season is a breeze for the Dodgers with series against the Rockies, Padres, and Giants to look forward to. They are a strong bet to finish with the best record in the league and also could surpass the 20-game winning margin that the 1975 Reds put up to lead the National League West.

This is a clear-cut case of betting the better team with the better pitcher and at reasonable odds to make the Dodgers even more attractive.

The Cincinnati Reds and Chicago Cubs clash in what comes down to a rubber match of a three-game series at Wrigley Field.  Cincy has nothing to play for except to spoil the Cubs playoffs hopes with a win on the road Wednesday night. The Cubs really need a bounce-back performance after Tuesday’s tough luck 4-2 loss behind another shaky start form Yu Darvish.

Jon Lester gets the start tonight and he has been very rough over his last two outings.  In 10.1 innings he gave up 15 runs, 12 earned, striking out nine and walking five batters. Lester has pitched his way to a 7-2 record with a 4.00 ERA lifetime against the Reds with 101 punchouts. With a staggeringly bad 8.43 ERA at home over his last 5 starts it’s hard to trust Lester tonight based on his current struggles.

Equally, if not more difficult to trust is his counterpart tonight, Tyler Mahle.  He has a disastrous 2-11 record on the year and has a lifetime ERA against the cubs of 4.18.  The Reds have gone just 5-22 over Mahle’s previous 27 trips to the mound and winless in his previous seven starts within the division.  The ‘over’ has a 6-1 record over his last seven starts, not surprising considering his ERA.  He is also 0-0 with a 10.80 ERA against the Cubs this season.

It seems his demotion to the minor leagues back in July has not helped much considering he has gone 14 innings since returning with a 6.43 ERA to show for it.  His last time facing the Cubs he got hit hard for six runs in five-inning while giving up three home runs before getting yanked.

Chicago is 5-2 in their last seven games against Cincinnati and has won eight of the last nine games against the Reds at Wrigley when Jon Lester starts the game.  The way things are shaping up, I am leaning toward the Cubbies in this game, despite Lester’s recent struggles.  The Cubs are just hitting too well right now for me to pass up on this matchup with Mahle.  Chicago scored 47 runs in their sweep of Pittsburgh last week and tacked on eight more on Monday night when they beat up on the Reds in game one of this series. Cincinnati, on the other hand, is 0-5 in their last five games vs southpaws, 1-8 their last nine versus the National League Central and 15-31 in their last 46 games at Wrigley Field. They are -8.3 units and 19-19 when facing lefties this season with the over hitting in 14 of those games.  I like the Cubs to keep swinging a hot bat against a tepid starter and win their sixth game in their last seven matchups.

Nets Now Belong To Tsai; Could They Also Belong to San Diego?
Baseball’s Battle Over Game Pace As Old As Time Itself
Get Free Picks & Exclusive Offers