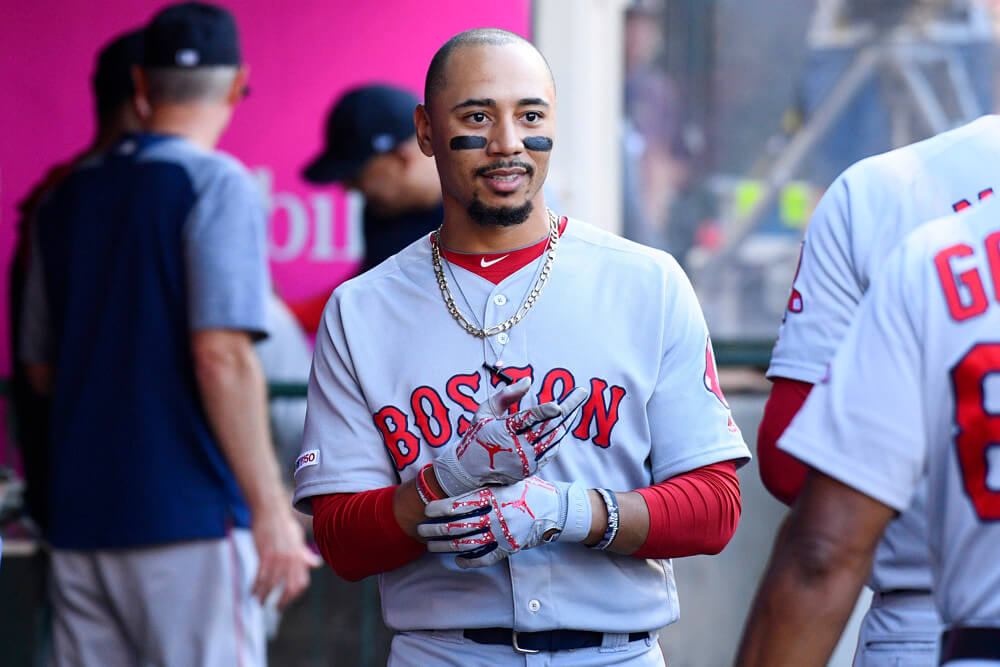 The MLB on again/off again trade involving Mookie Betts is on again, and this time it looks like it’s here to stay as Betts is going to the LA Dodgers. Along with David Price, a deal was finally worked out that will see Jeter Downs, Connor Wong and Alex Verdugo heading to the Boston Red Sox.  It will only cost the Red Sox $48 million, half of the amount left on Price’s contract.

That deal that almost fell apart when some got cold feet over another player involved, Brusdar Graterol of the Minnesota Twins (who is also going to the Dodgers).  There were concerns over his throwing ability, but was cleared for action following a medical review.  Minnesota’s head office was apparently not too happy with the press the medical situation received, asserting that it may have hurt Graterol’s career.

The player’s deal with the Dodgers was ultimately established through a separate contract in order to have a little cushion in case something doesn’t go right.  His delivery to the Dodgers comes at the expense of pitcher Kenta Maeda and outfield candidate Luke Raley, as well as the 67th pick in this year’s draft and some additional cash.

With that monster trade out of the way, one of the largest in MLB history, other deals are floating around, as well.  Gordon Beckham and the San Diego Padres have reportedly inked an agreement that will see him in the minor leagues for the club.  He has bounced around between major league teams since being picked up by the Chicago White Sox in 2009, and will now be able to excel in the minors, unless he impresses the Padres and makes it to their roster.

Beckham isn’t the only Padres player to be sitting down at the negotiating table.  The team has let go of Aaron Lou after his contract ended, and he’s apparently in the process of signing a new minor league contract with the Tampa Bay Rays.  The south paw pitcher didn’t see much action last year due to an elbow injury, but, once the ink dries on his new contract, he’s going to try for a spot in the Rays’ major league lineup.

The Baltimore Orioles are still looking for some help on the mound.  Although there has been a lot of trading going on and a lot of potentially decent candidates on the blocks, the club can’t find that one addition to the pitching squad that would make the team complete.  The team’s GM, Mike Elias, said at an event this weekend, “We definitely know we have some uncertainty, and we need some depth. … We’re talking Major League contracts and Minor League contracts with pitchers out there on the market right now. Whether a Major League contract comes together, I can’t tell right now, but we’re certainly open to offering those and have offered those.”

Free agent Taijuan Walker needs a new home, even though he has had a “handful” of offers.  The one that seems to be the most probable, but still not ideal for the right-handed pitcher, is one coming from the Seattle Mariners.  The team has apparently extended him a one-year contract.  That might end up being the only option left after the Twins picked up Maeda and closed their pitching options.

No one can expect the fervor over the sign-stealing scandal to dissipate anytime soon.  Justin Verlander can’t escape the fallout, as was witnessed in a weekend golf tournament at Pebble Beach.  The Houston Astros pitcher was participating in the event, focused and lined up to take his shot off the tee.  Just as he was about to connect, someone in the crowd heckled him, causing him to lose his concentration and slammed his ball directly where some believe the Astros need to go – right into a trash can.