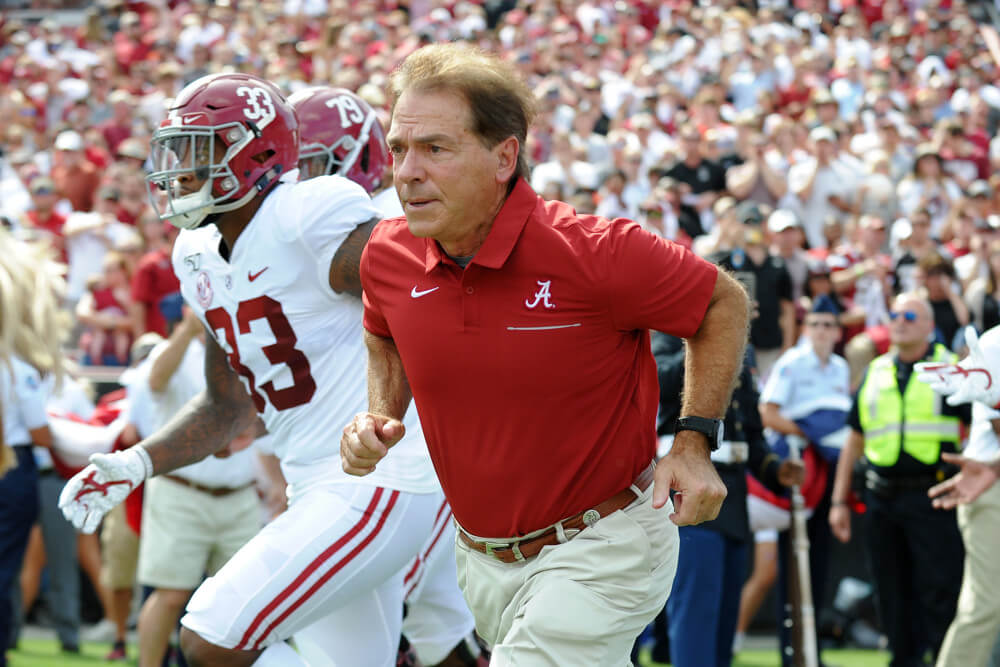 It has been done before.  Six years ago, the Buckeyes put together an improbable season and actually ended up defeating the mighty Alabama Crimson Tide for the NCAA men’s football National Championship. Of course, Ohio State had a guy named Ezekiel Elliot who became famous that day by making his “85 yards through the heart of the South” touchdown run to put the Tide away for the day.  The National Championship game for the current season is now set and could see a lot of the same great action.

That Alabama vs. Notre Dame game was all too predictable, although the Tide did not cover the ridiculous 19.5 point spread, which could have been a set up by Las Vegas oddsmakers.  But, the Fighting Irish were the weakest team of the four to make the finals.

It was the Ohio State vs. Clemson game that provided the thrill a minute, genuine upset that few people were looking for.  Except for a guy named Ryan Day, who seems to have found a perfect fit there in Buckeye land.

Ohio State had only played six games all season long due to the COVID-19 pandemic.  Some speculated that the team simply did not have enough reps to build a cohesive unit, guess that was wrong as well.  Clemson surely was not looking for it.  The Tigers came in just a little too cocky for that caliber of a football game.  Trevor Lawrence will still be drafted number one, but he won’t win another national championship.

This could very well be the year of Nick Saban’s comeback after getting defeated by LSU last year and missing out on the Finals all together.  Saban does not like to lose, even if second place is still quite respectable.

Nick Saban is building a resume that already rivals Bear Bryant’s at Alabama and is looking to cement that position.  Ryan Day, on the other hand, simply has the winningest record in college football at 23-1 or .958.  Let’s face it, these two could be the two best coaches in the game today.  What a game we will have for the championship. Another blowout would be a serious disappointment.

With Elliot contracted to the Dallas Cowboys, the Crimson Tide will have to depend on Trey Sermon, who is no slouch in the running back department.  The quarterback positions are pretty much a toss-up, although both Justin Fields and Mac Jones will both be in New York for the Heisman Ceremonies.  Either one could win it, although the odds will be for Trevor Lawrence this time around.

Alabama also has a guy named Najee Harris who leads the nation with rushing touchdowns at 27 and averaging 144 yards from scrimmage per game.

Buckeyes Ready For The Attack

Justin Fields took a wicked hit from Clemson’s James Skalski, but he still threw for six touchdown passes and 385 yards, which has to go down in the annals of Buckeye football great performances.

Then you have Fields to DeVonta Smith, who has also been mentioned in the Heisman conversation.  They are one of the top quarterback-to-wide receiver combos in the nation today.  Also, Jones has not had one multi-interception game this year; Fields threw three at Indiana.

One X factor for Alabama is offensive coordinator Steve Sarkisian who moves on to take up the head coaching position at the University of Texas after the national championship game.  Ironically, Saban turned down the Texas job, citing too much alumni interference.

It will all come down to the wire on Monday evening January 11 at 8 pm EST, when Ohio State and Alabama meet at the home of the Tampa Bay Buccaneers to decide the national championship once more between these two great teams.

Week 17 Is A Wrap With Several Crucial Wins
76ers, Mavs Get Going In The New NBA Season
Get Free Picks & Exclusive Offers