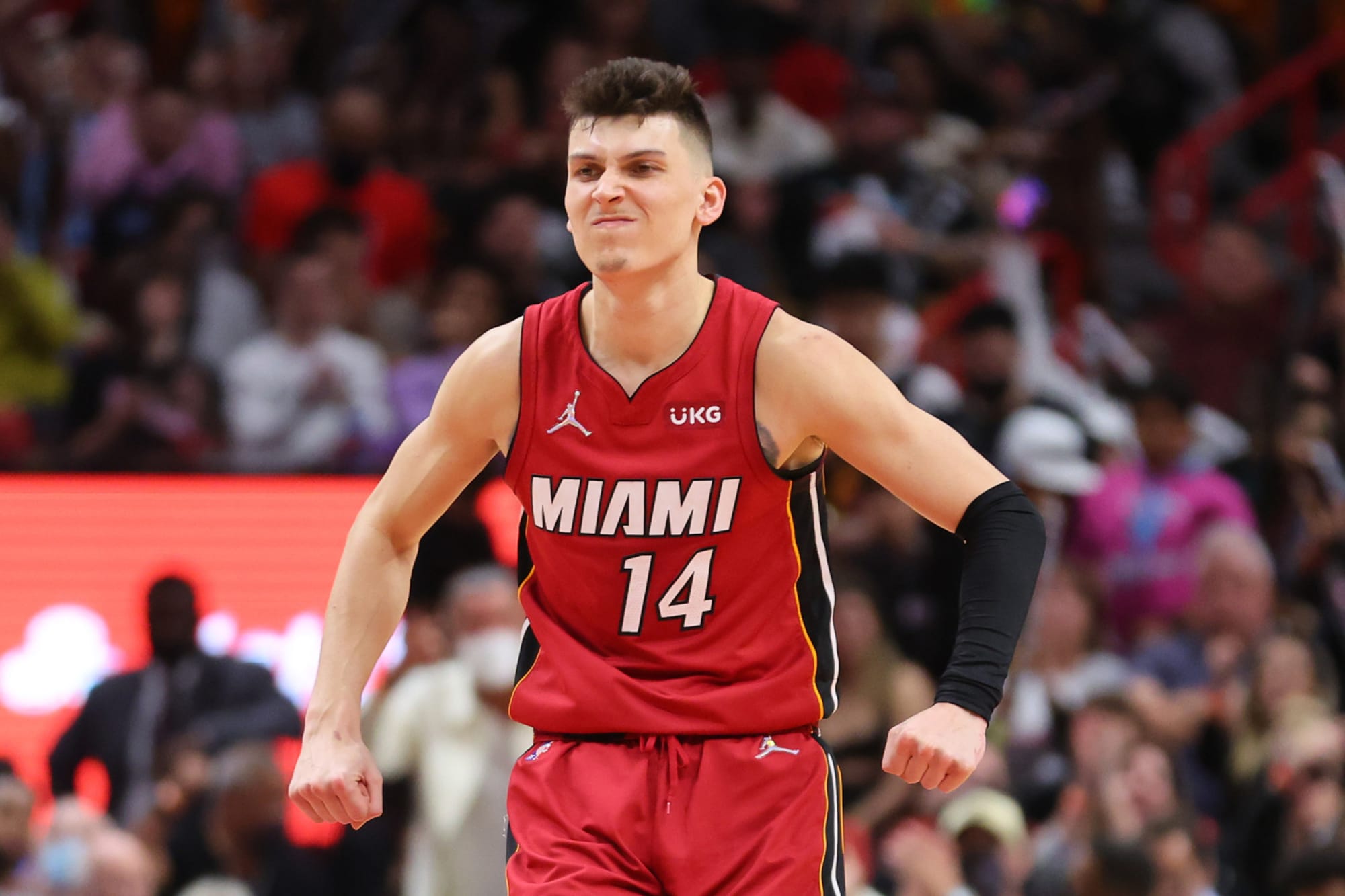 The Heat Look To Upset The Celtics Tonight

The Heat Look To Upset The Celtics Tonight

Tonight’s NBA slate promises to be exciting, with several marquee matchups and important games for teams vying for playoff positioning. Let’s take a closer look at some of the schedule’s biggest games and key storylines to watch in each matchup.

Celtics Look To Rebound In Miami

The Boston Celtics hope to get back in the win column as they continue their road trip against the Miami Heat tonight. Boston had won six straight road games and nine in a row overall before their 113-98 loss to the Orlando Magic last night as 7.5-point favorites.

They’re still the top team in the Eastern Conference, with an NBA-best 35-13 record, and lead the second-place Philadelphia 76ers by four games in the standings. However, Boston will be dealing with injuries before tonight’s contest, as Marcus Smart, Malcolm Brogdon, and Robert Williams III are all questionable for tonight.

The Heat leads the Southeast Division by two games over the Atlanta Hawks and are sixth in the conference standings with a 26-22 record, trailing Boston by nine games. They are 2-2 since their most recent three-game winning streak and are 8-4 in their previous 12 games. Miami is coming off a big win at home on Sunday against the New Orleans Pelicans, fighting back from 16 points down to take a 100-96 win.

Miami will win over the shorthanded Celtics in a close matchup.

The Denver Nuggets and New Orleans Pelicans clash tonight at Smoothie King Center on Tuesday night. Denver holds the best record in the Western Conference at 33-14 and has a two-game lead over the Memphis Grizzlies.

They’re hoping to recover after having their nine-game winning streak snapped at home on Sunday by the Oklahoma City Thunder 101-99 on a game-winning shot by Shai Gilgeous-Alexander. Reigning league MVP Nikola Jokic missed Sunday’s game and is questionable in tonight’s contest with a hamstring injury.

New Orleans has been struggling since losing Zion Williamson to a hamstring injury three weeks ago. They’ve now lost seven of their last nine games and look to break a four-game losing streak tonight.

The Pels were beaten in Miami on Sunday, 100-96, and hope to break a two-game skid on their home floor. Since leading the conference, the Pelicans have fallen to fourth place and trail Denver by seven games. They’ll also be without third-leading scorer Brandon Ingram, who is out of action tonight with a toe injury.

Denver will triumph in a tight contest for their second straight road win.

The Los Angeles Clippers will be the visiting team tonight in their matchup against the Los Angeles Lakers in the building they share on Figueroa St. called Crypto.com Arena. The Clippers hope to extend their winning streak to three games and improve their sixth-place standing in the Western Conference.

They’re also 25-24 and 3.5 games behind the Sacramento Kings in the Pacific Division standings. The Clippers won their last matchup on Sunday on the road, 112-98, against the Dallas Mavericks.

The Lakers are seeking their third straight win and fourth in the last five games tonight against their division rivals. They have a 22-25 record and are outside the playoff race in 12th place in the conference, trailing the Nuggets by 11 games. They beat the Portland Trail Blazers 121-112 in their last contest on Sunday as six-point underdogs on the road and will try for their first victory against the Clippers this season.

For the Lakers, newly acquired PF Rui Hachimura is out tonight, along with Lonnie Walker IV, Austin Reaves, and Anthony Davis. Also, as has been the case in recent games, LeBron James is listed as questionable on the team injury report but will likely be in action tonight.

The Clippers win their third straight with a close victory.