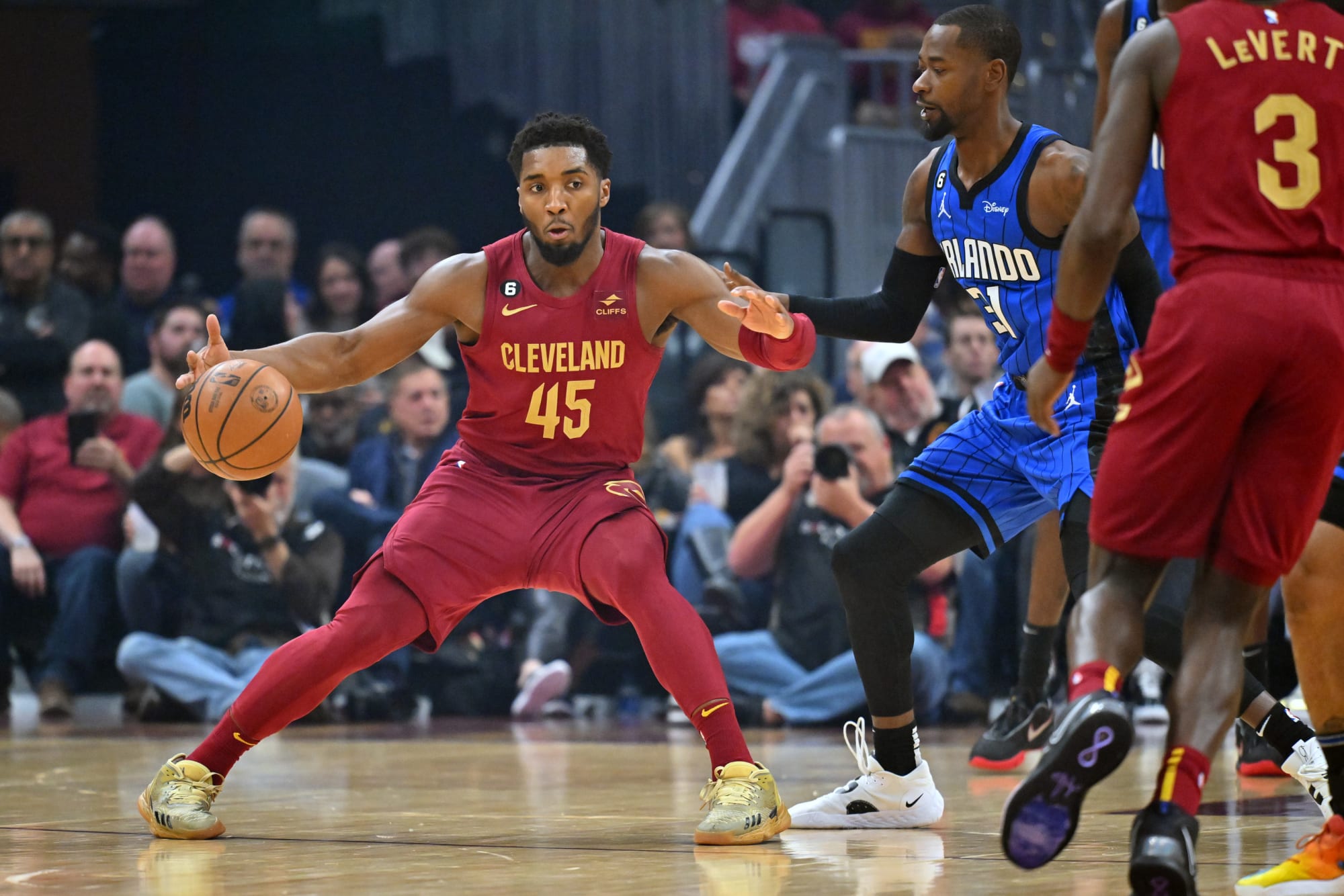 Seven games are on the schedule in the NBA on Tuesday as most teams reach the halfway point of the season. All division races are still up for grabs, with the Nuggets holding the biggest lead of 7.5 games. Here’s a look at a few of the best matchups in tonight’s action.

The Cleveland Cavaliers will go to Utah and face the slumping Jazz on Tuesday with a chance to take over the Central Division lead from the idle Milwaukee Bucks. Cleveland is 26-15 and has won four out of five since their recent three-game losing streak. The Cavs are succeeding this season because of their stifling defense, which leads the league by holding opponents to 106.6 points per game.

Utah is 20-23 and in fourth place in the Northwest Division standings. They’ve lost nine of their last 12 games and hope to improve their 12-7 record at home during this three-game homestand.

Utah averages the third most points in the league on defense, giving up 117.6 points per game. Talen Horton-Tucker, Kelly Olynyk and Colin Sexton are all questionable for the Jazz with injuries before tonight’s contest.

The Phoenix Suns travel to face the Golden State Warriors and hope to avoid their seventh straight defeat. They’ve been one of the worst teams in the league over the past five weeks, with a 4-14 record in their previous 18 games.

Deandre Ayton needs to improve his production as the Suns continue to deal with injuries. Devin Booker, Cameron Johnson, and Cameron Payne will all miss tonight’s game, and Chris Paul is listed as questionable with a hip injury.

The Warriors are 20-20 on the season and have dropped two straight at home after winning five in a row at Chase Center. They are 17-4 at home this season and have one game left on this eight-game homestand.

Stephen Curry hasn’t played since mid-December and could be cleared to play in tonight’s contest. Klay Thompson missed the last game to rest his sore knee, and Jonathan Kuminga and JaMychal Green are out of action tonight.

The Warriors hand the Suns another disappointing loss.

The Dallas Mavericks hope to get back on track as they go to Crypto.com Arena to face the Los Angeles Clippers. Dallas is 23-18 and is third in the Southwest Division, 4.5 games behind the Memphis Grizzlies.

The Mavs had their seven-game winning streak ended by the Boston Celtics on the road last Thursday but rebounded to beat the New Orleans Pelicans 127-117. Dallas lost to the Oklahoma City Thunder in their previous game, 120-109, on Sunday, with Luka Doncic resting.

The Clippers have hit a major slump and hope to avoid their seventh straight loss tonight at home. They’re 21-21 and in second place in the Pacific Division standings, 1.5 games behind the Sacramento Kings. Paul George continues to be out of the lineup with a leg injury and will be sidelined for tonight’s matchup.

LA came from 17 points down in the first half on Sunday against the Atlanta Hawks to take an 11-point fourth-quarter lead. However, Atlanta outscored the Clippers 21-6 to close the game and take the 112-108 win. Dallas won the first matchup between these two teams with a 103-101 win on their home court in November.

Dallas wins for their fourth victory in the last five on the road.