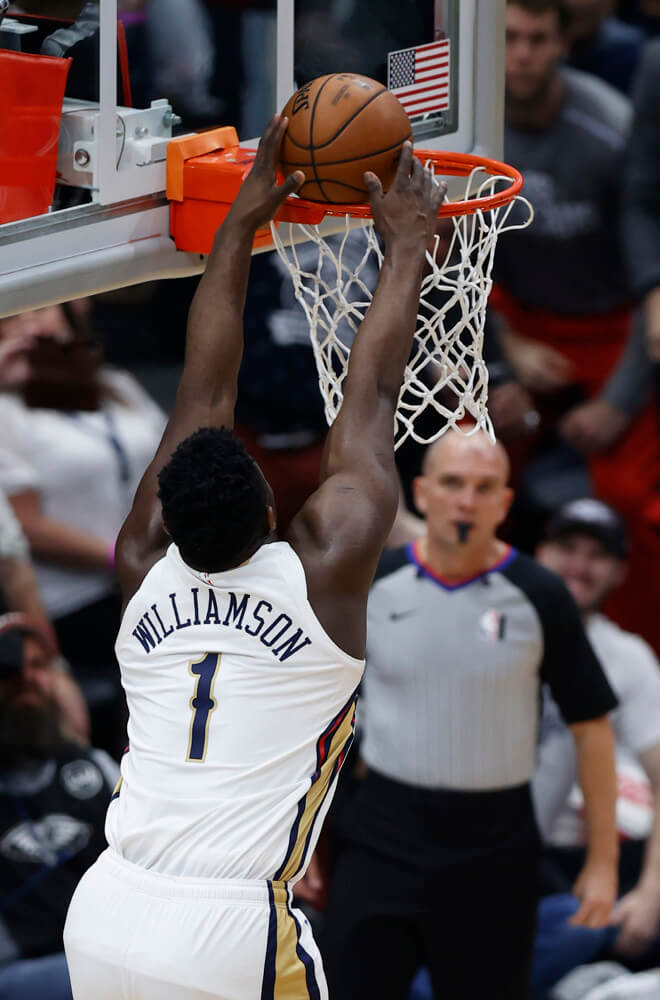 We have nine good games on the NBA card for tonight.  Last evening, the New Orleans Pelicans finally came together as a team and thoroughly beat the Houston Rockets by a final score of 130-101 and then the Detroit Pistons, this late in the season, finally got around to winning their sixth game by beating the COVID stricken Nets 122-111.  If tonight’s games are anything like those, basketball fans and gamblers have something to look forward to.

Tonight, we start anew with the 11-12 Pelicans traveling up to the Windy City of Chicago and trying to stay warm and hot all at the same time taking on the 9-14 Bulls.  It is going to be cold in Chicago tonight but the red hot Pelicans will be up there trying to win their fifth game in a row coming off that beat down of Houston in New Orleans last night.

Moneylines for the game tonight lists the Bulls at +123 and the Pelicans -143, with the spread set at -3 in favor of the visiting Pelicans and the Over/Under at 230.

The 11-13 Toronto Raptors will be out on the West Coast tonight visiting the 6-15 Washington Wizards as 5.5- point road favorites.  The Over/Under set at 232, and oddsmakers have put the moneylines for tonight’s game in Washington at Raptors -210 and the Wizards +275.  Toronto’s Kyle Lowry left the game on Monday at Memphis with back spasms and is questionable to play tonight.  His participation will make a difference in the odds.

Two teams stuck in the middle will go at each other tonight at the American Airlines Center outside of Dallas.  The 11-12 Atlanta Hawks come to town to take on the 11-14 Dallas Mavericks as 4-point road underdogs, with the Over/Under is set for the contest at 232.  Moneyline bettors will find that the Mavericks are favored at -165 over the Hawks, who are listed at +138.

Nets Get A Boost From Oddsmakers

The 12-13 Charlotte Hornets will be at the FedEx Forum in Memphis tonight to take on the 9-10 Grizzlies as 4-point road underdogs with the the Over/Under for this game is set at 225.  Moneylines look like Memphis -165 & Charlotte +138 with Ja Morant and LaMelo Ball set to go at it head to head.

The LA Clippers, at 17-8, have now lost two games in a row.  That was not supposed to happen, but it did.  Tonight, they will try to get back on track against the 6-18 Minnesota Timberwolves at the Target Center in Minneapolis as 9.5-point road favorites and the Over/Under set at 223.  Oddsmakers currently have the moneylines as the Clippers -455 and the Timberwolves +350 for the big game.

The 12-11 Denver Nuggets will host the 10-15 Cleveland Cavaliers at the Ball Center in Denver tonight as 9.5-point home court favorites with the Over/Under set at 219.5.  Denver’s Nikola Jokic is up to averaging 27.5 points per game, which will come in handy.  The moneylines are currently at Denver -455 and the Cavaliers at +350.

Bucks And Suns Look For Action

Two teams that nobody else wants to play right now are the Phoenix Suns and the Milwaukee Bucks, and with good reason.  Neither team is playing up to its potential, and they are both very hungry to get back into the chase.  Tonight the 16-8 Bucks are paying a visit to the 14-9 Suns at the PHX Arena in Phoenix as 4.5–point road favorites with the Over/Under set at 225.

The Bucks have won five in a row and are on a roll, while the Suns have won three in a row and hope to extend tonight.  Oddsmakers have the moneylines set for the Bucks -180 and the Suns +148.

And finally, as usual, the defending NBA Finals Champion LA Lakers will welcome the Oklahoma City Thunder again into the Staples Center for the final game of the evening.  The home team is showing as -770 and the Thunder +525 on the moneylines, which is an emphatic statement on what to expect from this game.  The Lakers are home court favorites by 11.5 points and the Over/Under is set at 219.  Last time out, the Thunder took the mighty Lakers int0 overtime before fading.