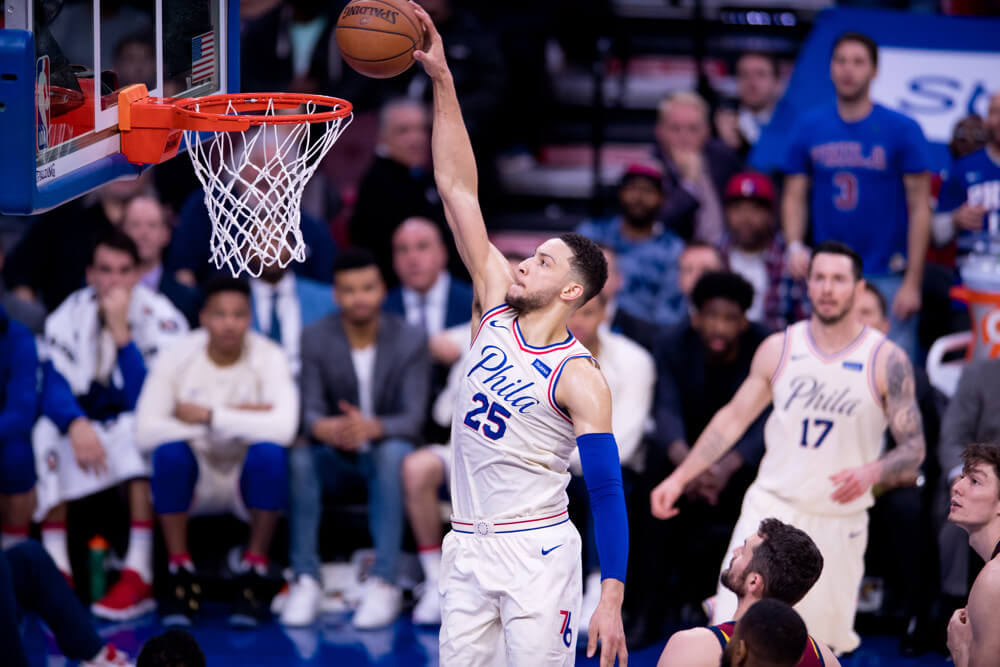 Upsets In The Roundup Of Tuesday’s NBA Action

Upsets In The Roundup Of Tuesday’s NBA Action

Top games were delivered last night in the NBA and league competition is now getting very high.  Every team is looking to outdo themselves and kick things up the notch as the season progresses.  The Utah Jazz are succeeding and, for the first time, have achieved their fifth straight victory.

The Brooklyn Nets had a very challenging night since Kevin Durant was sidelined due to coronavirus protocols. The Detroit Pistons clearly took advantage of it and, with Jerami Grant equaling a career-high 32 points, they managed to beat the Nets 122-111 on Tuesday night.  It looks like the Nets are really missing Durant as this is their third straight loss; the key player won’t return until later this week.

Nets head coach Steve Nash wasn’t very satisfied with his team’s performance, especially at the beginning of the match.  He said after the game, “We’ve got a lot to clean up. Number one thing is just that attitude and that competition level and that connectivity.”

Kyries Irving was dealing with a right finger sprain, but he returned against Detroit and scored 27 points, while James Harden added 24; however, it was not enough for them to overcome a poor start.  For the Pistons, rookie Saddiq Bey scored all of his points in the final period, 15 in total.  This game’s winner is now hosting Indiana on Thursday night, while the Nets will host the Indiana Pacers today.

Jazz On A Hot Streak

The Jazz were led by the still-on-fire Donovan Mitchell, who scored 36 points and 9 assists.  That allowed Utah to capture its fifth straight victory as the team overcame the Boston Celtics 122-108 on Tuesday night.  The Jazz was also supported by Joe Ingles, who scored a season-high 24 points plus 6 assists, while Rudy Gobert and Bojan Bogdanovic chipped in 18 and 16 points, respectively.  Utah keeps improving as this is the 16th victory of its last 17 games.

For the Celtics, Jaylen Brown got 33 points and Jayson Tatum added 23 points; however, that didn’t help at all, since they lost for the third time in four games.  As part of what’s coming next, the Celtics will host the Toronto Raptors on Thursday, while the Jazz will take on the Milwaukee Bucks on Friday.

Embiid Shines For The Sixers

The Philadelphia 76ers beat the Sacramento Kings 119-111 on Tuesday night, and Joel Embiid had a lot to do with that victory, as he scored 25 points and 17 rebounds.  Tobias Harris and Seth Curry also contributed with 22 points each, and the Sixers won for the sixth time in seven games. Coach Doc Rivers was very pleased and said, “I loved the defense first. This is a very good offensive team. Holding them to 20 points in the third and fourth quarter is great. I loved our execution.”

The Kings, for a brief moment, took the lead, but then they didn’t score for around three minutes, missing seven straight shots and committing a turnover.  De’Aaron gave it all and led the Kings with 34 points and 10 assists, while Buddy Hield and Marvin Bagley III scored 21 and 17 points, respectively.  However, they started missing a lot of shots, and that’s why they couldn’t keep the run going.

The Bam And Butler Miami Blitz

Bam Adebayo and Jimmy Butler made a great duo last night and that managed to lead the Miami Heat to a victory against the New York Knicks, 98-96.  It went down to the wire, just like the good old times.  Butler finished with a game-high 26 points while Kelly Olynyk and Adebayo scored 20 and 19 points for Miami. Tyler also put in all his effort and ended up scoring 15 points, including the important three points he scored with just over a minute left that put Miami up for good.

For the Knicks, Elfrid Payton led the scoring with 18 points, and Derrick Rose, who played his first game back with New York, got a total of 14 points.  Miami will now visit Houston on Thursday, and the Knicks will be visiting Washington on Friday.