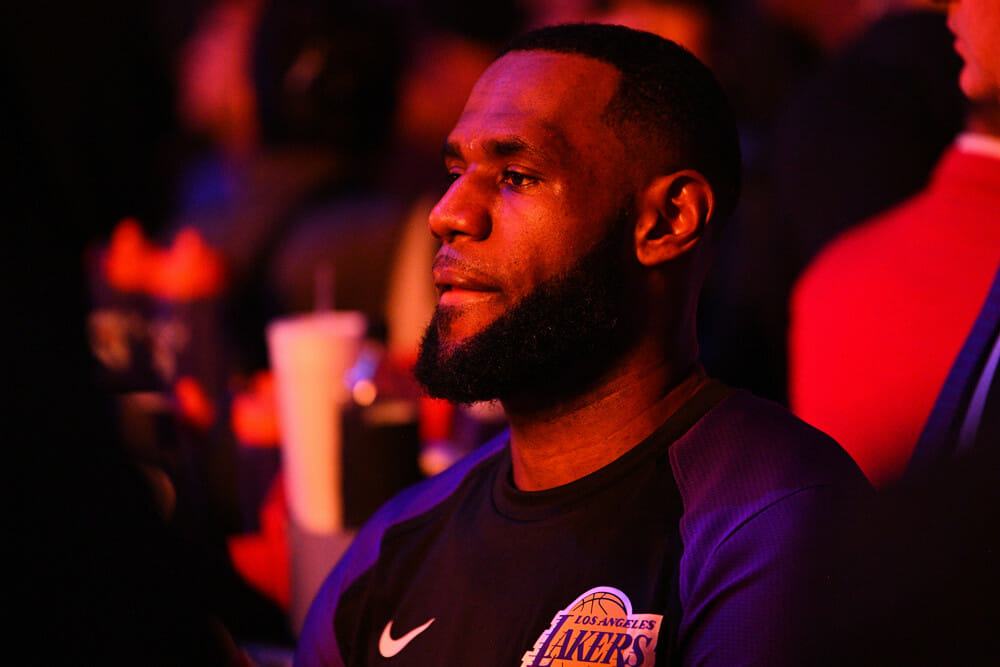 Lakers Cry Foul On Lack Of Calls For LeBron

Lakers Cry Foul On Lack Of Calls For LeBron

The LA Lakers complained and informed the NBA that LeBron James is not having enough free throws.  James and his team are hoping to take  a 3-1 lead against the Denver Nuggets in the Western Conference finals tonight, and the Lakers apparently want James to be fouled more.

The Purple and Gold team have been leaders for the majority of the season up to now and, in actuality, they just want game officials to start calling the fouls that they have been overlooking, according to the team.

Broderick Turner of the Los Angeles Times said that the Lakers have contacted the NBA in order to present their frustration with the way Lebron has been receiving foul calls over the course of the series.  While certain calls are being made, James hasn’t been making many trips to the line, which can only mean that the officiating crews are not seeing any issues, or are simply ignoring them.

The Lakers have officially brought up a complaint with the NBA in which the team says that its star is not getting his fair number of free throws.  The team is sure the Lebron is suffering plenty of fouls by the Nuggets in the Western Conference finals postseason series, and wants to make sure refs aren’t playing favorites.

Providing an example, the Lakers pointed out Game 3 in which the Lakers lost to the Nuggets.  LA made its way back from a 20-point deficit to bring the game to within three points.  A late intervention by Jamal Murray brought the Nuggets home in the matchup; however, in that game, James only saw two free throws in spite of taking 23 shot attempts.  The two free throws were the result of a blatant foul committed by Murray, who intentionally ran into him with an elbow to the face.

Even though James was giving a successful game (he ended the night with 28 points and 11 assists), he was not helped by the referee’s whistle on his side.  Lakers head coach Frank Vogel told the media through a videoconference call on Wednesday after practice, “We’re dealing with the fouls through the proper channels with the league,” adding, “I think he’s gone to the basket very aggressively, and I’ll just leave it at that.” Vogel does not want to give any more details as he knows that this is a sensitive situation for the player in question.

However, Vogel indicates that Lebron is being hurt somehow by not receiving enough free throws, leading to the team’s protest.  LeBron is targeting an average of 3.3 free throws per game in the series and, with that being the case, the Lakers star is not getting all the calls by the refs that he is accustomed to.  It’s hard to imagine that King James wouldn’t be a constant source of attack by the opposition.

Looking Forward, Not Back

The Lakers have been able to do well in the series, despite the apparent lack of calls.  They are up 2-1 and are looking to make another trip to the final game.  There’s definitely enough talent on the squad, and the Lakers are going to have to spend some time figuring out how to stop Nikola Jokic and Jamal Murray if they plan on winning another title.  These two Nuggets, along with Jerami Grant, put up 46 points in Game 3 to keep Denver alive.  Granted, the Lakers still have plenty of chances to secure the conference win, but perhaps they should try to get refs to ignore their fouls to add a little cushion.