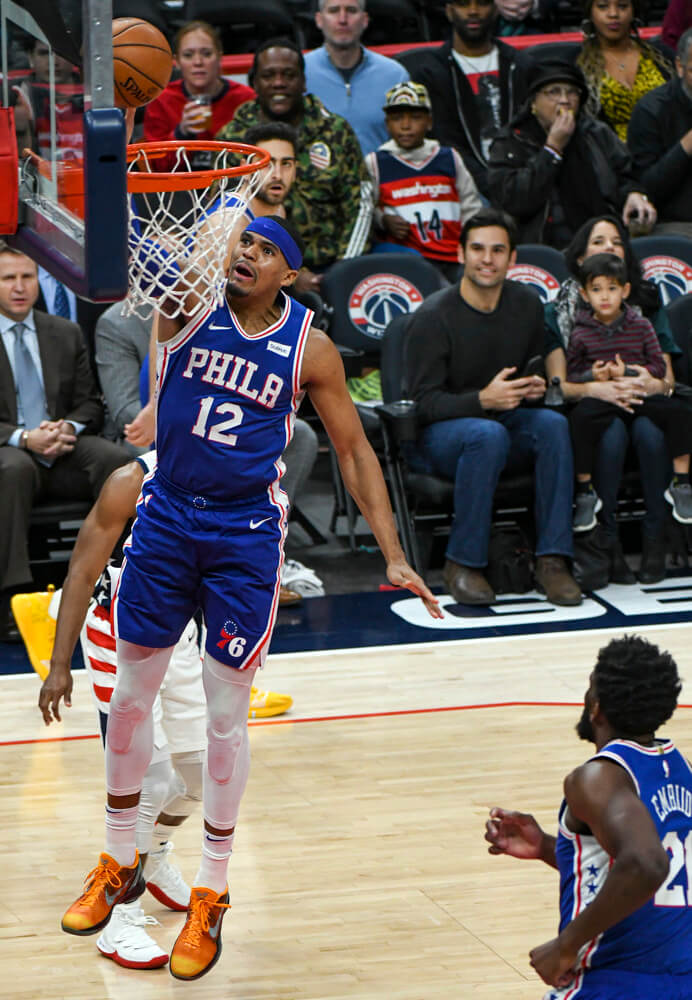 76ers Out For Revenge Against The Trail Blazers Tonight

76ers Out For Revenge Against The Trail Blazers Tonight

There are just five NBA games tonight, but they all look pretty good.  No one-sided games on the menu this evening.  There are some great choices for sports gamblers, as well.

Butler Shows His Stuff For Miami

The action picks up early down in Houston at the Toyota Center when the 11-13 Rockets host the 10-14 Miami Heat as 3-point home court underdogs.  Oddsmakers have the Over/Under at 218.5 on game day morning and the money line wagers are at Rockets+117 & Miami -141.

Momentum may have much to do with the fluctuations in these lines tonight because Miami has finally gotten Jimmy Butler back on the floor after missing ten games.  The Heat are now on a roll with a nice three-game winning streak going and a nice, winnable game against Houston tonight.

However, Houston has been without the services of their big guy, 6’10’’, 223-pound. Christian Wood, who was averaging 22 points per game until he left a game last week in a wheelchair with an ankle injury and has not contributed to the Rockets efforts on the court since then.

The 12-13 Toronto Raptors will take on the hurting 12-11 Celtics at TD Garden in Boston as 3.5-point road underdogs.  It’s nice to see the Celtics as the home court favorites, even though they have lost 8 out of their last 12 games. The Over/Under for the game tonight is currently at 223 and oddsmakers have the moneylines at -155 for Boston and +130 for Toronto, which has won five of its last six and is red hot.

Kyle Lowry said after the most recent win, “We’re shooting the three a lot better.  Pascal getting back into the groove helps, Norm has played unbelievably great every game he’s been starting.  We’re just in such a good groove.”

The 12-13 Indiana Pacers will be in the Motor City tonight trying to end a four-game skid against a team with the worst record in the NBA East.  The 6-18 Detroit Pistons are 3.5-point home court underdogs at the Little Caesar’s Arena in Detroit.  Oddsmakers have the Over/Under at 216.5, while they set the moneylines at Indiana -143 & Detroit +120.

Remember that, just a few days ago, the Pistons beat the star-laden Brooklyn Nets 122-111.  So, be ready for anything tonight.

Warriors Have An Easy Night

The 9-16 Orlando Magic will take their battered-up crew all the way out to Chase Center in San Francisco tonight.  They want to see what kind of opposition they can come up with to counter the high-scoring show being put on by Stephen Curry and his 13-12 Golden State Warriors team.  Unfortunately, one of Orlando’s star players, Aaron Gordon, is out with a severe ankle injury and will miss the contest.

Curry himself is averaging over 29.5 points per game so the Warriors will be 8-point favorites tonight with the Over/Under set at 223.5.  The Warriors are the clear favorite at -315, with the Magic getting +260.  A moneyline wager doesn’t make a lot of sense here, but a little action on the Under might be in order.

And finally, the grand finale tonight features the 18-7 Philadelphia 76ers who have won six out of their last seven games.  The only loss during that time was to the Portland Trail Blazers.  Now they have to play them again, or now they get to play them again.  Tonight, at the Moda Center in Portland, we get a rematch between these two, with the Over/Under at 230 on game day morning.

Oddsmakers have the moneylines at Philadelphia -210 & Portland +175.  The 76ers show as 5.5-point road favorites against a Portland team that beat them badly back in February, 121-105.  With the way head coach Doc Rivers and his Sixers have been doing lately, and with revenge on their minds, Philadelphia is going to come out charging.