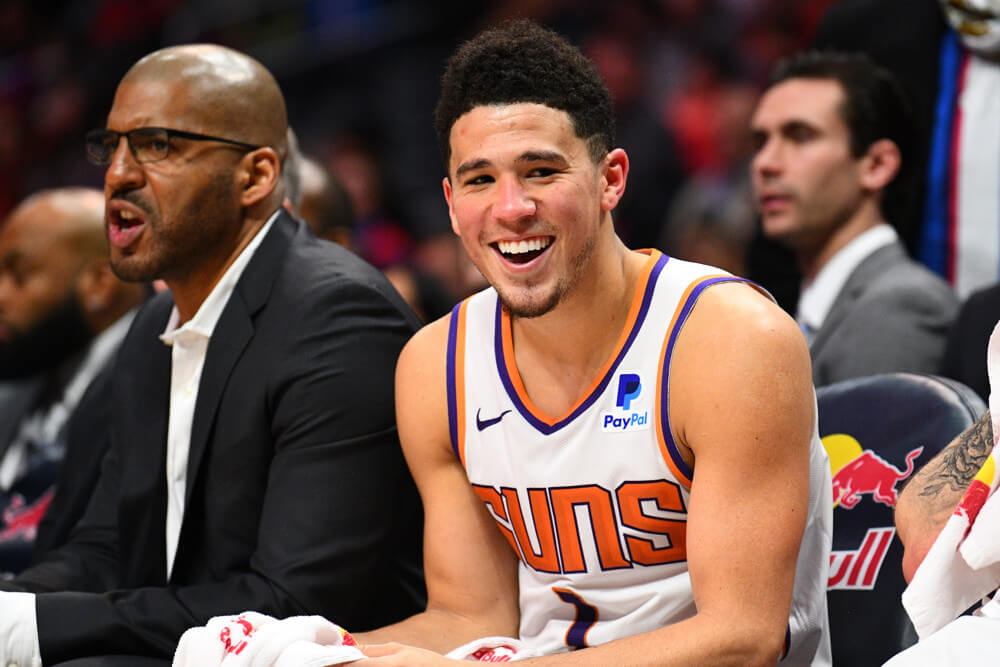 Hump day was full of basketball action, and the NBA gave fans a lot to keep them busy.  It’s already been an interesting season, with a lot more still to come, but some of Wednesday’s games went all the way to the wire before deciding a winner.  In-play sports gambling enthusiasts didn’t know what to make of things.

Lakers Come Back To Life

The unstoppable LA Lakers have achieved their sixth consecutive victory after beating the Oklahoma City Thunder last night, 114-113, in overtime.  It was the third consecutive time the Lakers pulled out the win, but they only managed to squeak past a last-second duck by Luguentz Dort.

For the defending NBA champions, LeBron James got 25 points, seven assists, and six rebounds, while Montrezl Harrell and Dennis Schröder scored 20 and 19 points, respectively. The Lakers came back strong once again after an early Thunder rally, and demonstrated one more time just enough late-game poise to win.  On the other hand, for the Thunders, who excelled at Staples Center, Al Horford scored 25 points and Kenrich Williams managed to get a career-high 24.  As part of what’s coming next for these teams, the Thunder will be visiting the Nuggets and the Lakers are going to host the Grizzlies tomorrow.

On Wednesday night, Brooklyn Nets head coach Steve Nash was really satisfied with the final result of his group’s game against the Indiana Pacers.  He said after the game, “[The team] gave us everything we asked for.”  Apparently, that hard work was way more than the Pacers could handle, as they lost 104-94 against the Nets, who snapped a three-game losing streak.

Kyrie Irving was a key piece to this victory as he managed to score a total of 35 points, while teammate James Harden added another 19 points and 11 rebounds. Kevin Durant was expected to return after missing three games due to coronavirus protocols; however, that didn’t happen.

For the Pacers, Domantas Sabonis got 18 points, and, after losing, they now dropped their season-high fourth in a row.  The Nets will visit the Golden State Warriors on Friday night, and the Pacers will take on the Detroit Pistons tonight.

Last night, Kawhi Leonard was on fire and managed to get a season-high 36 points while Lou Williams added 27 points to help the LA Clippers overcome the Minnesota Timberwolves 119-112.  The Williams-Leonard duo was amazing as they hit shots down the stretch, which included a pair of late 3-pointers by Leonard in order to ruin Minnesota’s comeback try. This is the first time in the season the Clippers snapped their first two-game losing streak.

After missing a total of 13 games, Karl-Anthony Towns came back strong and tried to give it all by scoring 18 points and 10 rebounds for the Timberwolves.  Towns had tested positive for COVID-19 back on January 15 and remained on the safety protocol list until yesterday.

The Clippers are now concluding a short trip Friday with a game visiting Chicago, while the Timberwolves head on the road to take on the Charlotte Hornets the same day.

The All-Star backcourt of Chris Paul and Devin Booker had an amazing night and it seems Booker is getting comfortable for the Phoenix Suns. Their performances are allowing them to beat great teams and that wasn’t the exception after facing the Milwaukee Bucks on Wednesday night.

Booker finished with 30 points and Paul added 28 points and 7 assists, and just like that, the Suns extended their winning streak to four games after beating the Bucks 125-124 in a very tight match.  The Bucks were not that lucky since they actually lost their five-game winning streak.  Giannis Antetokounmpo went crazy and got a season-high 47 points, but missed a 20-foot jumper at the final buzzer and kept the Bucks’ run alive.

The Suns will host the Philadelphia 76ers on Saturday, while the Bucks continue their road trip at the Utah Jazz tomorrow.