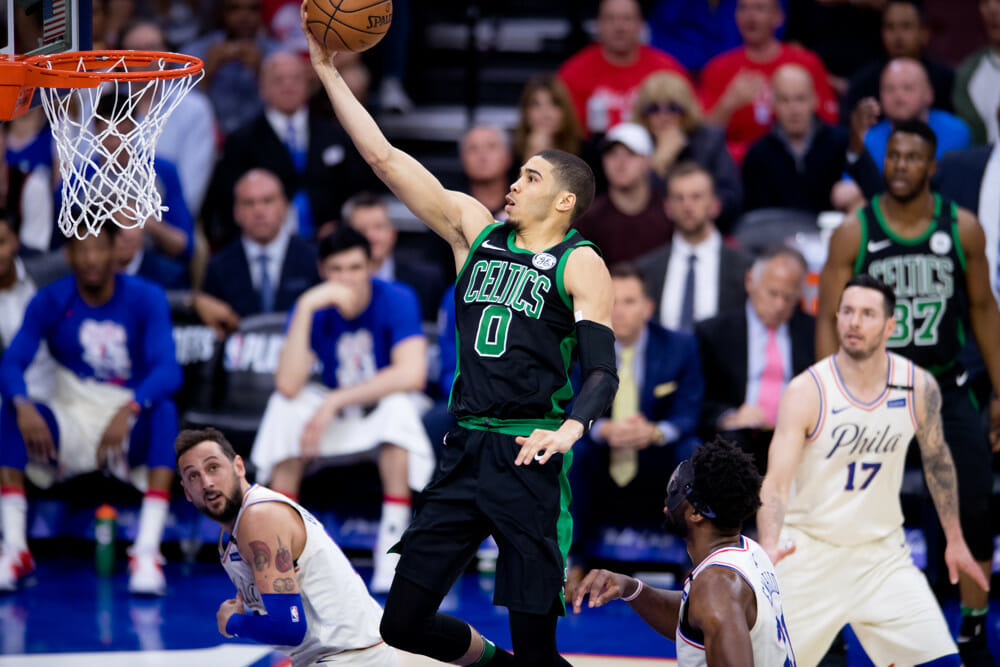 It’s now officially getting underway – only a couple months later than basketball fans had expected.  The NBA Playoffs are here, and the excitement is only going to get better than what has already been seen in the Orlando bubble. With both East and West set, the pressure is building on the remaining teams to make it to the championship.  With as many surprises as have been seen in the NBA reboot, it’s still possible for any team to go all the way, even if there are a few who have stood out like real champions in this chaotic season. Today, let’s start our NBA playoff game 1 picks by looking at the games involving the Raptors and Celtics.

The Raptors To Try For Two

The Toronto Raptors are hoping they can defend their championship title from last season, starting with a defeat of the Brooklyn Nets.  These two meet up today to get the Eastern Conference kicked off, and it doesn’t look like Toronto is too worried about the game.  Today’s Game 1 between the two should give the Raptors a substantial amount of momentum to carry them through the semifinals.

Toronto went 7-1 in the bubble and picked up the best defensive rating in the league along the way.  That will be emphasized even more tonight, as the Nets are going to have to put some of their junior players on the court.  Kyrie Irving and Spencer Dinwiddie, normally their starting guards, are out, and Jama Crawford is doubtful.  Strength against inexperience tends to favor the former.

This doesn’t mean, though, that the Nets will be decimated.  There is still a lot of talent on the team, and the Raptors haven’t put up the best numbers in the first game of any playoff series – 3-10-2 against the spread since 2012.  The Raptors will win, which is why taking them at -455 doesn’t make much sense.  However, the Nets are going to fight, and the Over/Under of 222 (-113) is definitely worth a look, so is the first of our NBA picks for game 1.  Expect the score to stay well below that number.

The Celtics Hang Onto Their Dreams

The Boston Celtics haven’t had much luck the past few years.  Once a dominating force in the NBA, their last conference title was in 2010 and their last championship was two years earlier.  That ended a 22-year drought that some thought marked a new era for the team, but they haven’t been able to stay solid since then.  Still, with 21 conference titles and 17 championships to their credit, they have staying power and are ready to stage a comeback this year.

The Celtics take on the Philadelphia 76ers in their first game today, and Boston is determined to make a difference this season.  They’ve already achieved something they haven’t been able to do for a while, and going up against the 76ers could prove to be a huge bonus as they stay in contention for the title.  The Sixers are down several key players, including big man Ben Simmons, and there has been a considerable amount of discord in the ranks.  This lack of cohesion is costly, and it has been no secret that, joking or otherwise, Joel Embiid has said he would like to leave Philadelphia to head elsewhere, possibly to the Miami heat.

There’s a real possibility that the Celtics will end playing the Raptors in the second round of the NBA playoffs, and the trip to that series starts today with these game 1 picks.  The Celtics are getting -275 and there’s not much doubt that they’ll pull off a win today, as well as a sweep of the series.  Despite having to play without Simmons, the Sixers still have scoring power, which is why the Over/Under of 218 at sportsbooks like William Hill will most likely be breached.  With the Celtics good on the spread this year, taking them ATS of 6.5 at -110 will also add some bonus money to the bank.