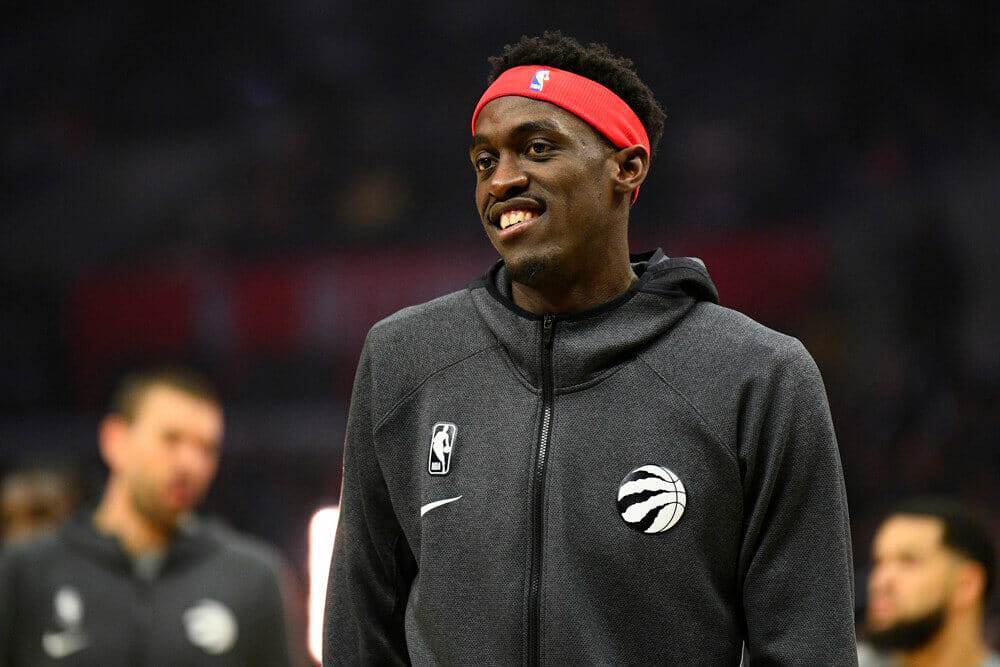 The NBA Bubble has been able to pull off what no one thought possible – a completion of the 2019-20 season.  While a lot of changes have been made to stay ahead of the coronavirus pandemic, the league, and almost everyone involved, has done an awesome job sticking with protocols and living in isolation at Disney World. Of course, if you’re going to be locked down somewhere, there are worse places than the home of Mickey Mouse.  As the NBA reboot nears the end of the regular season, there are only a handful of games left to determine all the seeding.  Tonight’s NBA games on Aug 12 will reveal some of the final placements, so let’s have a look at our daily picks.

The Raptors Are Set Against The 76ers

The Toronto Raptors have already clinched second-seed in the East and have given outstanding performances during the reboot.  At the beginning of August, they upset the LA Lakers, 107-92, which showed that they were ready to go all the way.  Following that up with wins against the top-seeded Milwaukee Bucks drove the point home.  Out of the last ten games, Toronto has only fallen once, losing to the Boston Celtics last Friday.

The Philadelphia 76ers are coming into tonight’s game a little tired.  This is going to be the second game of a back-to-back, and they desperately want to improve.  Philadelphia is in sixth in the Eastern standings and right behind the Indiana Pacers, and need this game if they’re going to move up.  The second time these two teams met this season, on December 8, 2019, the 76ers took the victory, but the Raptors already had one win and took the third when they met again in January.

Tonight’s game would have been more difficult to call at almost any other time of the season.  The 76ers have shown a lot of power on offense and have been able to work the court to their advantage.  However, they’re going to be without Ben Simmons tonight, and Joel Embiid and Tobias Harris are questionable.

That’s part of the reason Toronto is getting -250 and the moneyline doesn’t deserve a lot of attention, as it’s almost a guarantee.  However, for our NBA pick for Aug 12 we think take the Raptors to win by 7 at -6.5 (-110) and consider the over/under.  At 220.5 (-110), a weakened 76ers squad will have some difficulty, and an Under is a good way to pick up some extra winnings.

The Clippers Are Ready For The Playoffs

The LA Clippers have turned up the heat lately, and are ready for some serious basketball in the postseason.  They showed what they were capable of when they beat the LA Lakers to start the season on the right foot, and are now second in the Western, right behind their cross-town rivals.  They have a 1.5 game advantage over the Denver Nuggets, who they will face tonight as they look to further cement their position.

The Clippers are 3-3 in the NBA Bubble, but have secured the third-best net rating off an offensive rating of 117.9.  Defensively, however, they’ve been a little too relaxed and need to use tonight’s game to figure out what adjustments need to be made.  Chances are, several starters won’t be seen tonight, allowing them to recharge their batteries as much as possible before taking on the Oklahoma City Thunder this Friday.

The Nuggets would love to pull off a win tonight and it’s not entirely beyond the realm of possibility.  However, their defense is the worst in the league right now, and this is where they’re going to slip up.  Like the Clippers and the Raptors, this squad is one of the few with bragging rights for giving the Lakers a hard time this season, and that speaks volumes about its offense.  Unfortunately, though, it won’t be enough, as the Nuggets don’t have the depth and are down several key players.  The NBA moneyline of -190 can be ignored, but the Over/Under of 229 is tempting and is our pick for this Aug 12 game.  With both teams able to score consistently, this one could easily go over.  Against the spread, both teams are weak lately, making this a no-call.

So, there we have it for our NBA picks for Wednesday Aug 12. Good luck with your bets guys!