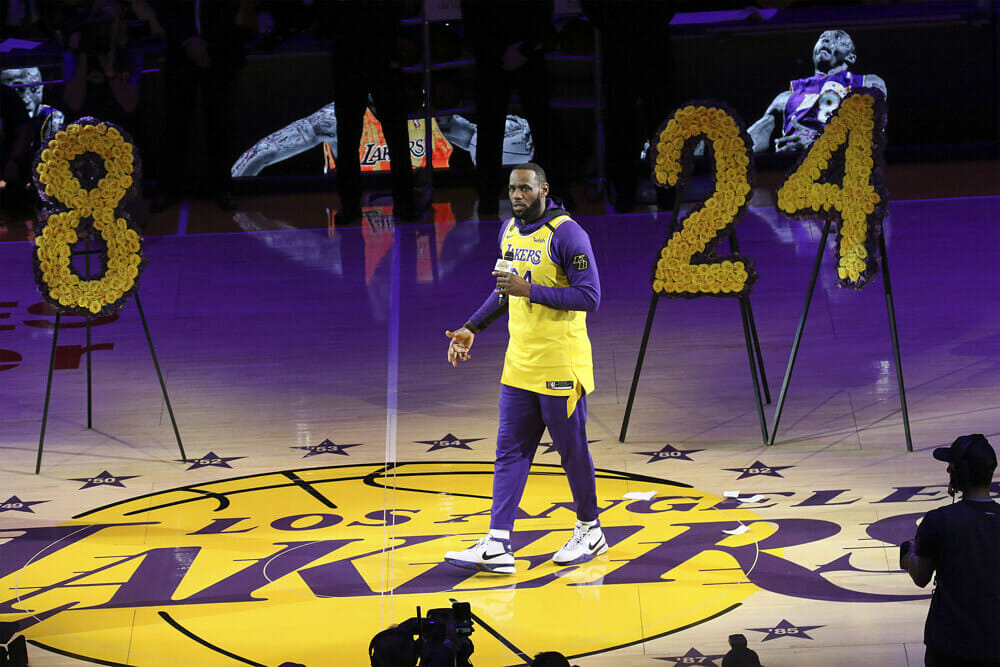 An All-Star Performance Worthy Of The Mamba

An All-Star Performance Worthy Of The Mamba

Yesterday’s NBA All-Star game proved to a bigger and better performance than anyone had expected, and that says a lot.  From honors bestowed upon The Black Mamba to a fourth-quarter game winning free throw, fans were not disappointed with what they saw from the time the doors opened.  In the end, it seems like everyone had a good time and remembered what basketball should be all about.

The All-Star game turned into a competition to see who could reach 157 points first, consistent with the new rules implemented by the NBA for the performance.  It would come down to Anthony Davis on the free throw line after being fouled by Kyle Lowry – one of the few fouls called in the game – and he had no trouble securing his shots, and the 157-155 victory for Team LeBron.  That win came only after the team pulled back off a 17-point loss to take things to the wire.

LeBron would say after the game was over, “Everybody was like, ‘That was pretty damn fun.’  The new format was good. I felt like it was fun in that fourth quarter.”

It wasn’t all fun-and-games, though – the teams were taking things seriously.  Challenges by the coaches, LeBron being blocked by Giannis Antetokounmpo, charging fouls and dead balls all made for a game worthy of any to be expected from some of the fiercest competitors in the league.  As LeBron puts it, “We wouldn’t be All-Stars if we weren’t competitors.  Guys definitely just had that sense of pride.”

Going into the fourth quarter, the score was 133-124 pointing toward the Team Giannis side of the court.  Since the last quarter’s goal was to reach a score based on the leader’s score after three quarters plus 24 – in honor of Kobe Bryant – the teams were on a race to 157.  There was no game clock in that final push, only the shot clock, and both sides showed no hesitation in trying to reach the final score as quickly as possible.  Just as it appeared Team LeBron was going have to settle for being the runner-up, they turned on the heat and fought back to eek out the win.  With only 24 points needed in the fourth period, things moved extremely quickly and the quarter was over in the blink of an eye.

At the end of each quarter, whichever team led was the “winner” of the quarter.  As a result, Team Giannis took one quarter and designated $100,000 to go to the After School Matters charity.  Team LeBron took a quarter in the first half, as well, and is sending $100,000 to Chicago Scholars.  In what would seem almost to be a sense of poetry, the third quarter ended in a tie, and no team was given the victory.  Since Team LeBron won the game, they were also presented another $300,000, which will also go to Chicago Scholars.

It was all around an incredible day of basketball, as well as an opportunity for the hoops’ greatest stars to take a little breather.  Frank Vogel, who coached Team LeBron, said after it was all over, “What’s always been great to me about the All-Star Game is seeing guys that normally want to kill each other working together and then combining that competitive spirit and strength into one force.  I think you saw that with the veteran group we had out there on the floor in the fourth.”

The day was filled with solemn emotions, as well, as everyone remembered Bryant and his daughter, Gianna.  Tributes poured in from every corner, including a compilation of Bryant by Dr. Dre and a moment of silence led by Magic Johnson and former NBA commissioner David Stern.  Bryant was also honored permanently by the league, having his name now engraved in history as the NBA unveiled the Kobe Bryant MVP Award.  Kawhi Leonard is now the first recipient of the award.