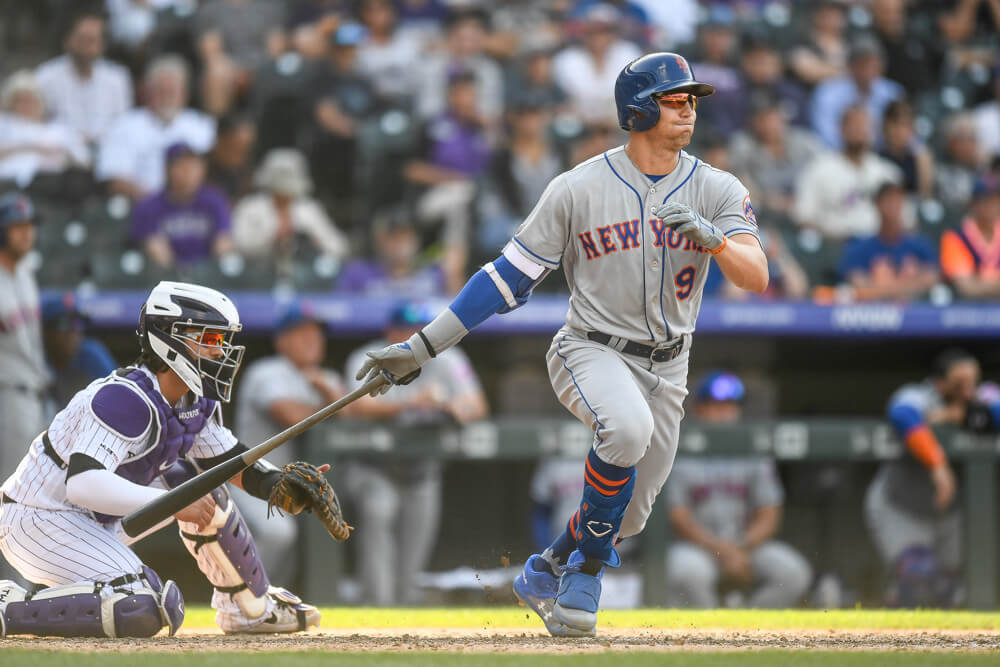 As MLB players continue to try to set the stage during spring training for as much field time as possible, there’s a lot of hustling going on.

For example, Gerrit Cole of the New York Yankees has already had his fastball clocked at 98mph, and he is definitely ready to make a difference.  Drew Smyly of the San Francisco Giants also showed his arm, delivering a 94mph fastball against the Arizona Diamondbacks.  The LA Angels were impressed with the performance of Jo Adell, who stole two bases, and brought one man in against the Colorado Rockies as he made his first appearance.  Still, there’s a lot more that needs to be seen before teams start to think they have a winning lineup.

The New York Mets are going to have to make some changes after Brandon Nimmo had to be scratched.  The outfielder went in for a medical checkup and has been ordered to undergo additional cardiac screening.  With no known history of heart problems, the diagnosis wasn’t a welcome one, and the possibility of Nimmo guarding center field on Opening Day is now a little uncertain with this scare.

The LA Dodgers have several candidates to be put in the pitching rotation – Julio Urias, Tony Gonsolin, Ross Stripling and others are all vying for a position.  It’s a good thing that there are a number of candidates for the final two spots, as one of the potential takers, Dustin May, will most likely be scratched.  Due to an unexplained side injury, his throwing ability has dropped to about nil, but he still has the chance to rebound.  For now, it’s touch and go whether or not he’ll be healthy enough to be added.

Freddy Peralta can now unpack and suit up for the Milwaukee Brewers once again.  The 23-year-old pitcher has reportedly secured a nice contract extension that will run for five years, and which guarantees him at least $15.5 million.  It includes team options for the 2025 and 2026 seasons that would boost the deal up to $30 million.  The extension was apparently signed today, and he showed the team last night why he was worth it.  Against the Seattle Mariners, he threw two scoreless innings.

The Boston Red Sox have decided to put prospect Chih-Jung Liu in time out.  Not because he did anything wrong, though; rather, because the Taiwanese player just arrived from Taipei, by way of San Francisco, and the team is erring on the side of caution.  Concerns about the possibility that the coronavirus may have traveled with him have forced the Red Sox to keep him away from the rest of the team until he can be medically cleared.  For now, he’s kept isolated in a hotel room in Florida while the team’s medical staff continue to monitor his health.

As a non-roster invitee, Tim Tebow is determined to get a spot in the New York Mets lineup.  He’s tried before without much success, but persistence could pay off.  This is his fourth attempt and he apparently has found a little bit of the talent that made him a football star.  During a game against the Detroit Tigers yesterday, he slammed the ball over the left-field fence for his first spring training home run.  The hit helped the team score two runs, but, in the end, it wasn’t enough, and the Mets fell 9-6.

That loss was made possible, in part, due to the talent of 19-year-old Riley Greene of the Tigers.  The fifth overall draft pick from 2019 has gotten off to a great start this spring training, showing his skills at the plate.  This past Sunday, he walked twice and got one homerun, and then, in yesterday’s game, picked up another walk and a solo homer.  He now has five appearances at the plate and has yet to record an out.

The balls being thrown in Houston Astros games must be pretty slippery.  That would be a plausible reason why, during the team’s spring training games so far, six players have already been hit with errant balls.  League players had warned as the season started to get underway that they would most likely be ready to seek revenge over the Astros’ sign-stealing scandal, but things aren’t always what they appear.  In reviewing all of the games played so far, six Cincinnati Reds players and six Tigers players have also been hit.  Perhaps the promises of revenge against the Astros were just idle threats.