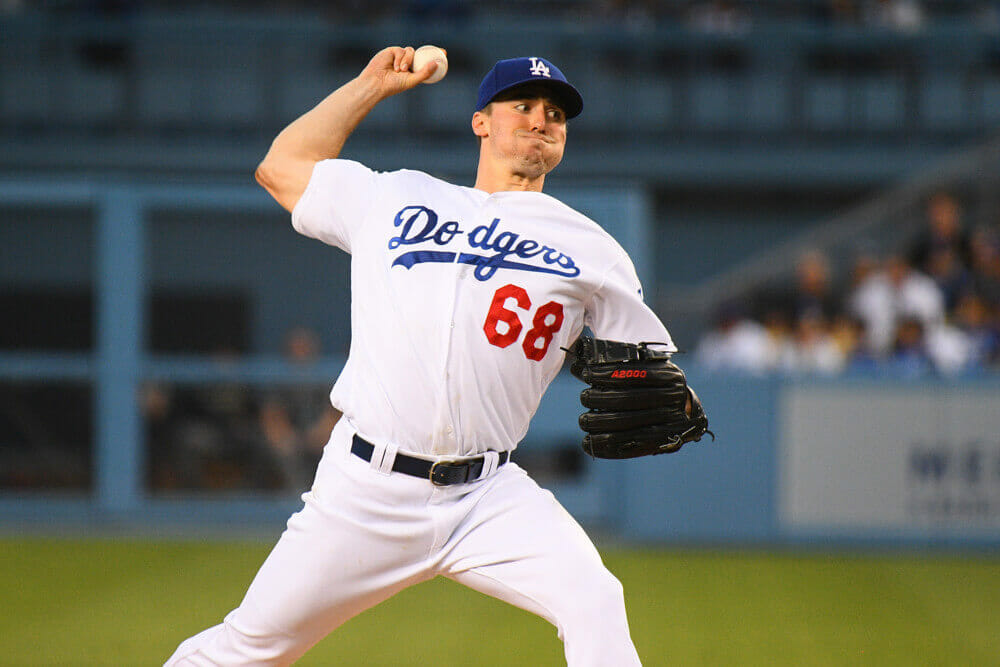 This past weekend saw the start of the Cactus League games for MLB and things seem to be getting off to a good start.  With some players hoping to impress coaching staffs with their talents, many left everything they had on the field.  Those that decide to carry that mentality throughout the season are the ones that are going to help lead their teams to victory.

Stripling Hungry To Be In Rotation

The LA Dodgers took two wins this weekend and will play a third game Monday night against the Chicago White Sox.  Ross Stripling is hungry to be in the pitching rotation, and will have another chance to prove himself tonight.  Stripling was almost shipped off to the LA Angels in the offseason, so he needs to show why the Dodgers made the right call in keeping him on the roster in rotation.

The Dodgers are in the process of trying to figure out identities and how to make the best of their newest members.  Mookie Betts is going to tackle right field, while Cody Bellinger is going to shift to center.  Gavin Lux is going to cover second base and Max Muncy will be on first, which the back-office hopes is the perfect recipe.

The White Sox will see if Alex McRae deserves to be on the mound tonight.  He was with the Pittsburgh Pirates last year, but didn’t impress anyone with his 8.78 ERA and 1.95 WHIP.  He signed a minor-league contract with the White Sox in the offseason, and is in spring training as a non-roster invitee.  He will have to really turn up the heat tonight if he expects to make it in the lineup.

The Minnesota Twins and the Toronto Blue Jays walked away from the field yesterday after finishing their Grapefruit League duel in a tie, 5-5.  It wasn’t a pretty game, including a failed attempt at stealing by the Twins’ Tyler Webb that ended the contest, and the Twins will have a chance to redeem themselves today against the Boston Red Sox.  Miguel Sano proved to have fast legs, picking up bases for the Twins without breaking a sweat.  He caught the eye of the clubhouse and will almost certainly be relied on heavily this season.

The New York Yankees put Gio Urshela on third base after Miguel Andujar came up injured in MLB last season, and he proved that he’s capable as a solid replacement.  The question then is what to do with Andujar, the 2018 AL Rookie of the Year runner-up, and Yankees GM Brian Cashman has a few ideas.  He’s bouncing the player around from left field and first base – two positions he’s not exactly familiar with – to gauge his talent, and will make a final decision later on.  At least this way, Andujar can stay in the lineup.

The St. Louis Cardinals have decided that Matt Carpenter is a better fit for third base than Tommy Edman.  Edman will most likely head out deep into left field after free agent Marcell Ozuna departed to join the Atlanta Braves.  Edman, like Andujar, has virtually no experience in the grass, and it remains to be seen whether or not he’ll be able to adjust to his new position.

Nick Solak has the perfect opportunity to become a permanent fixture for the Texas Rangers.  The team was in desperate need of someone to cover center field, and he has been tapped to give it a try.  Solak has been primarily a minor-league player, with a little bit of designated hitting experience for the Rangers, and, if he does well from the start, this could be the start of a major move for him.

An unidentified baseball fan got in on the action yesterday.  In the Yankees-Tampa Bay Rays game yesterday, the ball was sent deep into right field and over the retaining wall at Charlotte Sports Park in Port Charlotte, FL, but one Rays fan leaped into the air and made a spectacular one-handed catch – without a glove.  He landed right side up, earning an ovation from the crowd and, perhaps, a non-roster invite to a few clubs.