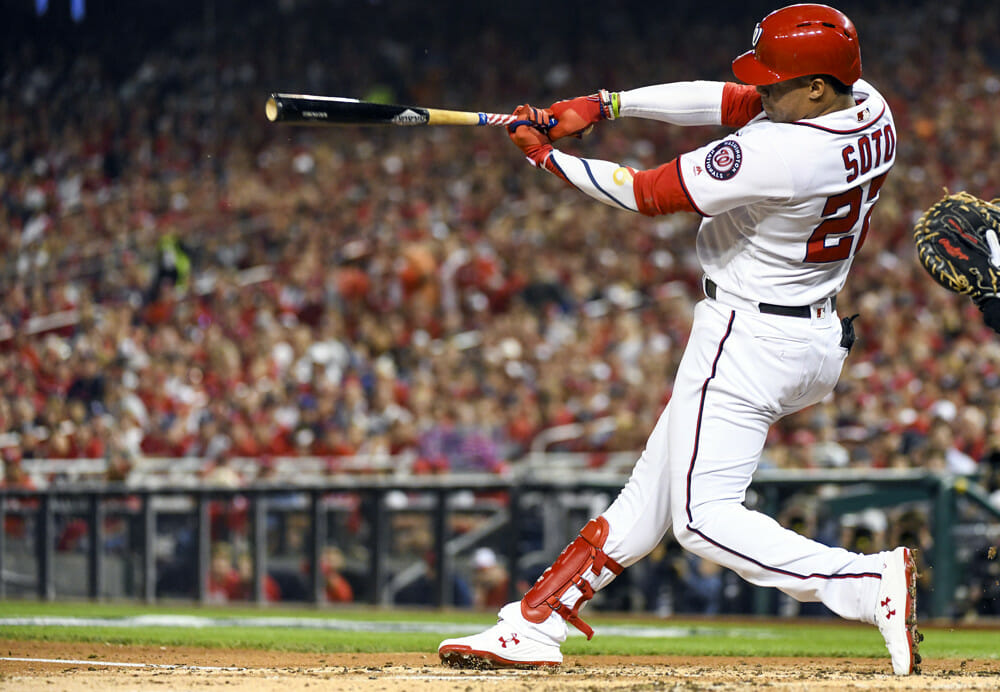 The MLB season is ramping up to be an interesting one.  As perhaps a sign of what’s to come, the game between the Chicago Cubs and the Arizona Diamondbacks had to be temporarily suspended this past weekend because two geese decided to use the playing field as a wrestling ring.  Hopefully, that will be the extent of the fighting seen on any field this year, but everything’s possible.

The New York Mets want to keep shortstop Francisco Lindor around a little longer.  The shortstop will sit down for negotiations with the team this week, leading the way for several important discussions with the team.  Based on most accounts, Lindor could be worth as much as $300 million, and reaching an agreement won’t be easy if the Mets aren’t willing to open the checkbooks.  The team is also reportedly going to negotiate with Michael Conforto and Noah Syndergaard, but the discussions are going to take a while.  The Mets want to address each player in turn, not moving to the next until a deal is reached with their current target.

The Mets also might want to pick up Maikel Franco.  The third baseman played for the Kansas City Royals last year after having spent six seasons with the Philadelphia Phillies, and New York needs some padding at third.  J.D. Davis will likely start on Opening Day at third base, which might not make Franco happy, but the Mets just lost power hitter Jose Martinez due to a torn meniscus.  Franco put up eight home runs and 38 RBIs for the Royals last year, and the Mets want someone that can fill the void as Martinez is benched for several months.

The Washington Nationals already have a fairly strong roster, but want more as they look to secure a World Series.  The team made its first playoff trip in 2012 and have since gone to the postseason five times in nine years, all of which came through a strong pitching rotation.  The Nats will reportedly offer extensions to Juan Soto and Trea Turner to try to keep them around as the team looks for another postseason visit.

Soto already has a Rookie of the Year award and a World Series title, which should give him a little more bargaining power, despite not having any long-term deal already lined up.  Turner has shown tremendous power, but not with enough consistency.  A string of injuries have made his future a little more tenuous, but his raw talent is still recognized, as long as he can stay healthy.

The Nats just let Jeremy Jeffress go this past Sunday in a move that no one had expected.  The team has been quiet about the reasons for the decision and still won’t offer up any details.  GM Mike Rizzo parroted previous remarks by the team when pressed by reporters, only stating that the reliever’s exit was due to “personnel reasons” and not for his baseball skills.

COVID-19 brought live attendance at all sports competitions to a screeching halt last year, greatly impacting teams’ ability to generate significant revenue.  That impact was felt when team owners tried to force players to shoulder most of the financial burden, a move that, rightfully so, didn’t find a lot of support from the MLB Players Association.  As it looks like the pandemic might now be more under control than ever before, stadiums and ball parks are beginning to relax their anti-attendance policies for fans.

The Cubs and the Chicago White Sox will both be allowed to have over 8,000 fans present on Opening Day.  This comes after Chicago Mayor Lori Lightfoot announced plans yesterday to ease up on certain COVID-19 restrictions.  8,122 fans can hit Guaranteed Rate Field for the White Sox on April 1 (unless the schedule changes) and 8,274 will be allowed at Wrigley Field.