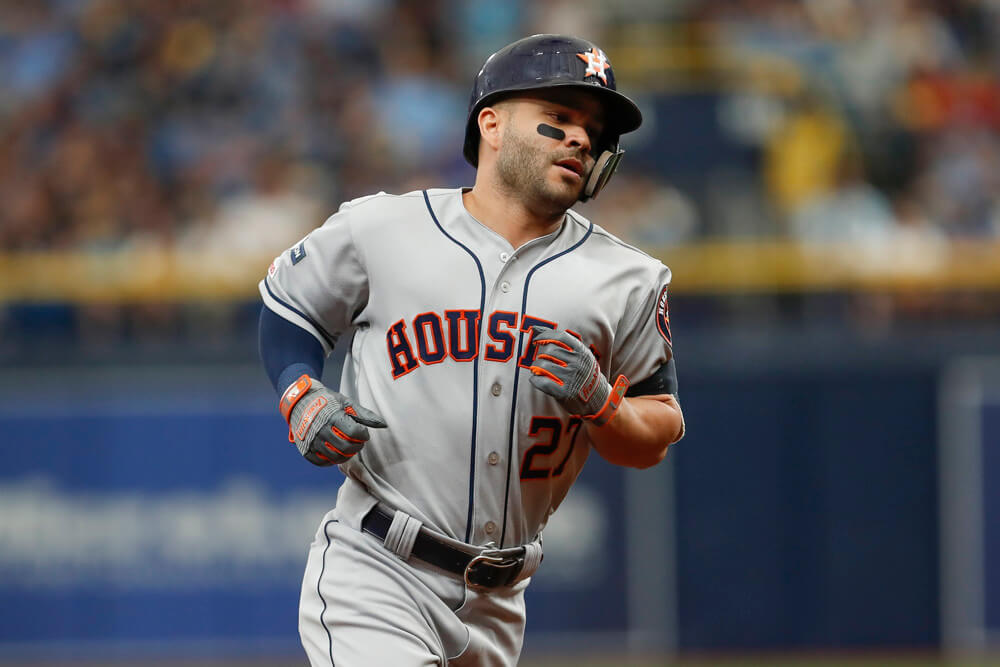 It’s time to usher in a new era in baseball, hopefully one without cheating scandals and errant sports bets.  Spring training begins and there is no doubt that games and players are going to be scrutinized on an entirely new level – unlike anything seen before.  As players start to work the rust off the bones and get back into the swing of things (no pun intended), training camps are going to be handled completely differently.

There was – and still is, to some degree – talk that certain players were wearing aids when they approached the plate that would help them know what pitch might be coming.  This story was exacerbated by the assertion of Jose Altuve of the Houston Astros, who was seen clutching his jersey as he approached home base after a walk-off homer in the 2017 American League Championship Series.

Gary Sanchez, catcher for the New York Yankees, wants to make sure there aren’t any questions should he be in the same situation.  He told Lindsey Adler of The Athletic, “If I hit a homer and get my team to the World Series, they can rip off my pants.  They can rip everything off.”  Hopefully, it won’t come to that.  MLB is still supposed to be a family-friendly activity.

The sign-stealing scandal perpetrated by the Astros, possibly spanning several seasons, is going to be a hot topic for some time.  The owner of the team, Jim Crane, is set to meet with his club today to discuss the issue and how players need to field questions on the subject.  It isn’t clear yet what he plans on telling the group, but everyone will find out tomorrow.  The Astros are planning on a media event in their clubhouse tomorrow.

Shohei Ohtani of the LA Angels is a two-way star with two-way injuries.  He is undergoing therapy following Tommy John surgery from October 2018 and then was forced to undergo knee surgery.  As a result, the pitcher is nowhere near ready to make an appearance on the mound, but could be at the plate often as a designated hitter.  His progress will be monitored constantly, and he could make it back to the lineup sometime in May.

The New York Mets are cautiously optimistic about the return of reliever Dellin Betances.  He’s been out of commission for almost a year as a result of several different injuries – shoulder, lat, Achilles tendon and possibly more – and is anxious to get back into action.  As it stands now, he expects to be ready to hit the field by opening day on March 26.

The Atlanta Braves may be beginning to wonder if they made the right call giving Cole Hamels a one-year deal worth $18 million in the offseason.  With the Chicago Cubs last year, he was a stellar pitcher, putting up a 3.81 ERA over almost 142 innings, but has now come up limp.  Hamels is telling his new team that he is experiencing shoulder discomfort and needs time to recover.  That means he won’t be available for a couple of weeks, at least, and team GM Alex Anthopoulos adds that it also means he most likely won’t be able to be added to the opening day roster.

The New York Yankees saw pitchers and catchers arrive as spring training begins today, but one individual was noticeably absent.  Domingo German is persona non grata for the time being, a title he earned for violating league rules against domestic violence.  He was suspended for 81 games in January, retroactive to the 18 he missed last season after the drama came to light, and the Yankees were so determined to make a statement that they even stripped his name from his locker.