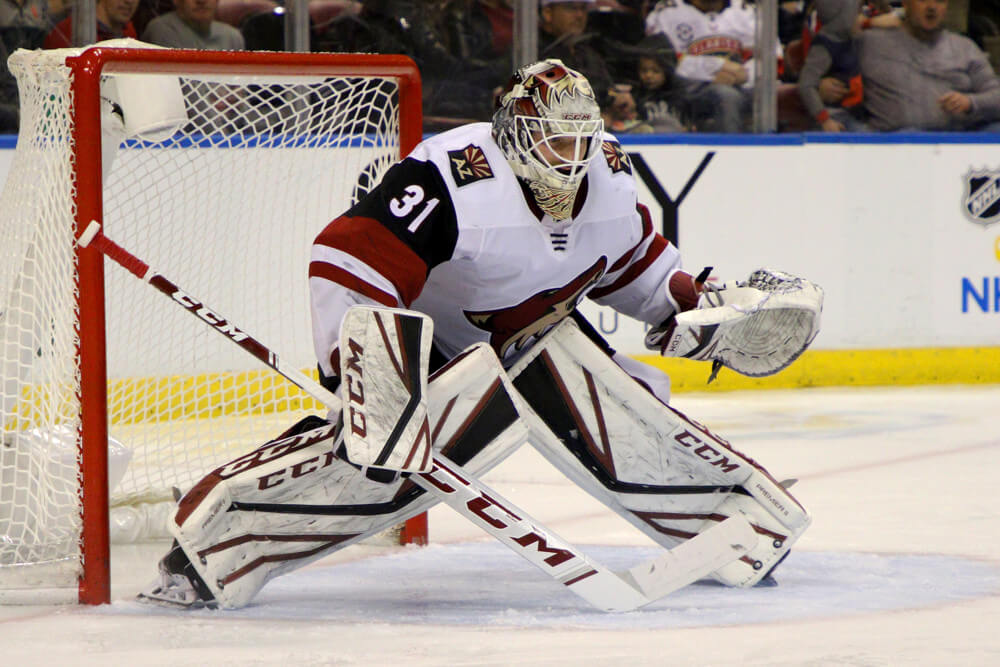 The NHL season continues to impress and several games on tap tonight will leave fans happy with the amount of excitement that’s coming.  The sticks are swinging, the pucks are flying and, as is typical in hockey, players are often letting their emotions control their actions.  Tonight won’t be any different as we go through our picks for Jan 7, on a tricky night for NHL betting.

The Florida Panthers and the Arizona Coyotes are meeting on the ice tonight in Florida for the first time this season, and there’s little doubt that the contest is going to be tight.  The Panthers are 13-7-2 at home this year, while the Coyotes are 13-6-3 on the road.  Both teams have been able to maintain strong records across their most recent games, but the Coyotes are coming in with a slight disadvantage that might end up costing them the victory.

The Coyotes have had to pull up Adin Hill to defend the net tonight after losing Antii Raanta to injury against the Philadelphia Flyers this past Saturday.  Raanta had been in for Darcy Kuemper, who had also been sent off the ice with injuries a few weeks ago.  Hill apparently didn’t get in a lot of practice time on the ice yesterday, which is going to hurt the Coyotes tonight.  The Panthers are looking at -135 for the victory, and a bet on the Over might be a good play.  A puckline of 1.5 makes for a close contest and Florida is 5 of 6 on the Over when playing a team in the Pacific division.

The Carolina Hurricanes will host the Flyers tonight for the third matchup between the two this season – and they still have one more to go.  The Canes have been in a slump lately, losing their last two to the Washington Capitals and the Tampa Bay Lightning.  They also have a poor record against the Flyers this season, having lost all three of the contests.

That could all change tonight, though.  The Flyers have been on the road a lot lately, and they’re playing tired.  They’ve lost their last three games and are going to have to figure out a defense that doesn’t involve All-Star Justin Braun, who is sidelined with a groin injury.  The moneyline leans to Carolina at -170 and a Canes win should be expected.  Out of the last five games these two teams have played, the total has gone over the puckline four times, but there probably won’t be much action tonight.  The overall consensus is that this game will be a Push.

The matchup between the New York Islanders and the New Jersey Devils could be a better place to park some gambling dollars and our pick for Jan 7.  Playing at Prudential Center gives the Devils a slight boost, but the Islanders have been on fire lately.  Whether or not they can keep the flames stoked could depend almost entirely on the performance by goalie Thomas Greiss.

The Islanders are on top of the NHL in terms of blocked shots.  However, Greiss wasn’t at his best in December, and could have difficulty tonight.  Through 19 played games, his save percentage is .919, but he went 1-5 in December, which hurt his stats considerably.  He’s going to be looking to give his team a little redemption tonight after it suffered a 2-1 loss to the Devils last Thursday.  New Jersey comes in as the +105 underdogs and could actually pull off the victory.  With an expected 5.5 points, the Over is looking good, especially since the total has gone over six times in New Jersey’s last eight games.

That’s our picks for Jan 7, check back in tomorrow for more picks and parlays from the team at Sports Intel.