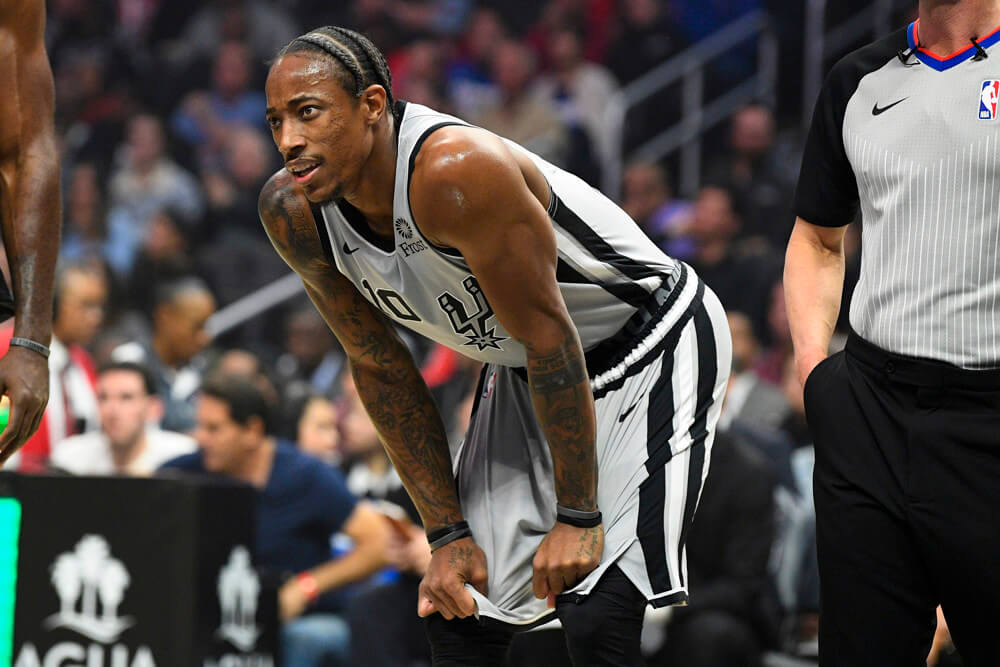 Last night, NBA gave us a lot of tight matches to enjoy, full of back-and-forths and crazy offensive action. The intensity was hot, as usual, and the stars were giving it all once again.  However, there was one team who wasn’t happy with its performance.

Lakers Fall To The Sixers

In what can be considered one of the best matches on Wednesday night, as two top teams were facing each other, LeBron James and the LA Lakers were beaten by the Philadelphia 76ers.  This came after Tobias Harris swished a jumper with three seconds left and gave the Sixers a tight victory of 107-106. In this well-disputed match, Joel Embiid tried to dunk on James, but it went wrong after his back slammed onto the court instead.

Both teams entered this match having the best record in their respective conferences, East led by the 76ers at 13-6 while the Lakers are 14-5 in the West. With only 11.2 seconds left James Hit Anthony Davis to go for a 106-105 lead; however, Harris, who scored a total of 24 points, saved the Sixers on a shot over Alex Caruso.  Embiid added 28 points and Ben Simmons achieved 17 points, 11 rebounds, and 10 assists.  For the Lakers, James, of course, made his contribution after scoring a total of 34 points while Davis had 23.  As part of what’s coming now for these two big teams, the Lakers will visit Detroit next Thursday, and the 76ers are playing on Friday at Minnesota.

The San Antonio Spurs won their second straight home game after beating the Boston Celtics 110-106 last night. To get this done, DeMar DeRozan scored a total of 21 points, LeMarcus added an extra 20 points and Keldon Johnson got 18 points and 10 rebounds.

This is the first time in the season that the Celtics’ starting five played together, and Jayson Tatum, Jaylen Brown and Marcus Smart added 25, 24, and 14 points, respectively.

However, this combined performance was not enough since Boston ended its two-game winning streak.  Due to this, Brown said. “We’ve had guys out, guys hurt. We are just trying to put everything together. Tonight wasn’t our best night.”  They are now visiting the Lakers in a very exciting match on Saturday, while the Spurs are hosting the Denver Nuggets on Friday.

The Utah Jazz gave it all even when they played without their leading scorer Donovan Mitchell.  They overcame the Dallas Mavericks on Wednesday night, with a final score of 116-104. With this, they picked up their tenth straight victory and lead the Western Conference and the NBA overall.

The Mavericks were short since the beginning and they could never get back on track.  Luka Doncic scored 30 points for the team, while Tim Hardaway, Jr. and Kristaps Porzingis added 19 and 18 points, leaving Dallas with its third straight loss.

After his MRI coming back negative due to a knee issue he had this week, Domantas Sabonis returned back to the court, and he was on fire after getting 22 points, 11 rebounds, and 10 assists, leading the Indiana Pacers to a victory against Charlotte Hornets with a final score of 116-106 last night.  As part of the contribution for this victory, Doug McDermott managed to get a season-high of 28 points, while Malcolm Brogdon and Justin Holiday chipped in with 25 and 19 points, respectively.  For the Hornets, Terry Rozier got 20 points.

Luckily, Sabonis’ MRI result showed no further damage on Tuesday, after getting his knee bruised during a collision with Toronto’s Kyle Lowry last Monday.  Both teams are facing back again on Friday night on Hornet’s home and Sabonis has now said Hornets are coming out with more energy next time.