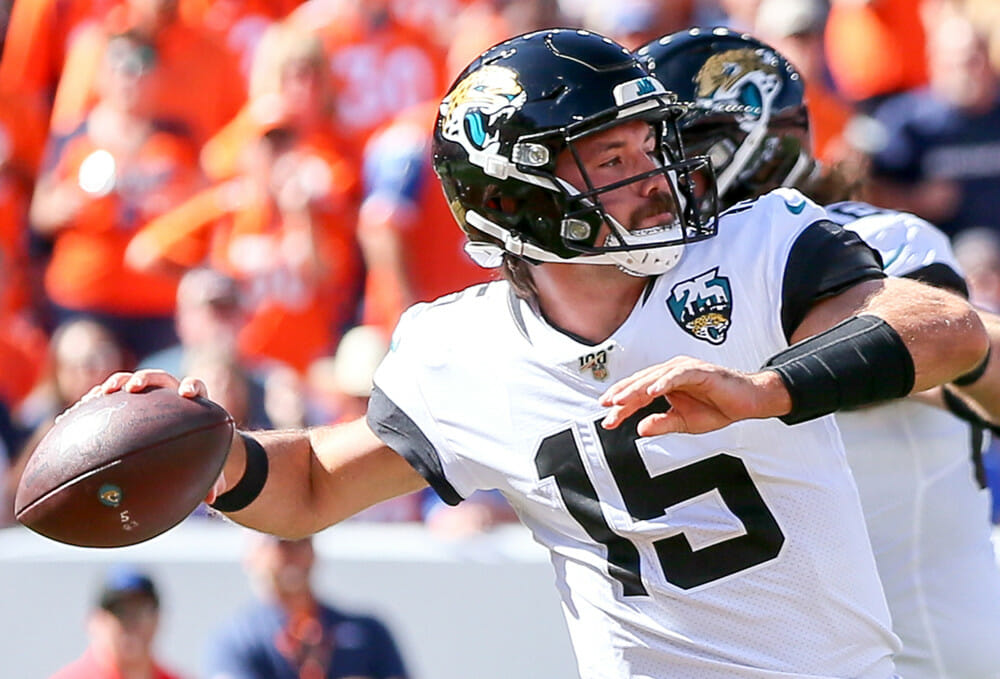 There’s no doubt that Week 9 in the NFL is going to be full of blitzes and crushes.  The competition continues to get fiercer as leading teams look to hold on their position and not be overthrown.  Looking at what’s coming this week, there are a few games that stand out as possible moneymakers for gamblers looking to fatten up their wallets.

The Jacksonville Jaguars and the Houston Texans will be in London this Sunday and both teams have a fairly solid record so far this season, even if they are both 0-1 in the AFC South.  The Texans are currently in second with a 5-3 record, while the Jags are even at 4-4.  If Jacksonville wants to stay alive, it’s going to have to win this game.

The good news is that the Jags have four consecutive wins in London.  The team has traveled to the UK each year since 2013 and it is always an opportunity for the Jags to shine.  Rookie quarterback Gardner Minshew has had a fairly promising start as he gets into the league.

The Texans are going to have to play without J.J. Watt, which isn’t going to give the team much room to commit errors.  There is still a lot of talent in the lineup, but whether or not it can come together in London.  They might still be the favorites, but a 105 moneyline for the Jags to win is enticing.  Given Jacksonville’s solid performance across the pond, it’s a risk worth taking.

The Carolina Panthers will go up against the Tennessee Titans on Sunday and are a slight favorite to win with a 4.5 spread.  The Panthers, 4-3, have been performing well under Kyle Allen as quarterback Cam Newton has been sidelined, but blew their last game against the San Francisco 49ers by a wide margin.  Allen will be looking to come back from a horrible game and he and Christian McCaffrey are hoping to find a steady rhythm.

The Titans are 4-4, but their wins haven’t been pretty.  They haven’t done a good job putting points on the board, relying more on their defense to stop plays.  While that has worked, it also means the defense is going to tire out at some point and this could be against the Panthers.  The moneyline currently sits at 175 to the Titans, which might be a good way to go.  A +4 spread for the team doesn’t look bad, either.

The Arizona Cardinals have had a roller-coaster year and now sit at 3-4-1.  They’ll be looking to work some magic against the 49ers this Thursday, but it’s not going to be easy.  The 49ers are now 7-0 on the season and are showing continued strength in all of their games.  There’s little doubt that they have the power to win, but whether or not they will keep it up for Thursday remains to be seen.

The Cardinals got off to a poor start this year, recording three losses and one tie in their first four games.  However, they rallied in the next three contests before falling last week as Drew Brees returned to show off his quarterbacking skills for the New Orleans Saints.  There’s a chance, albeit a small one, that the Cardinals might actually pull off a win.  A 330 moneyline is worth considering as Arizona is desperately looking to stage a comeback from its poor start.