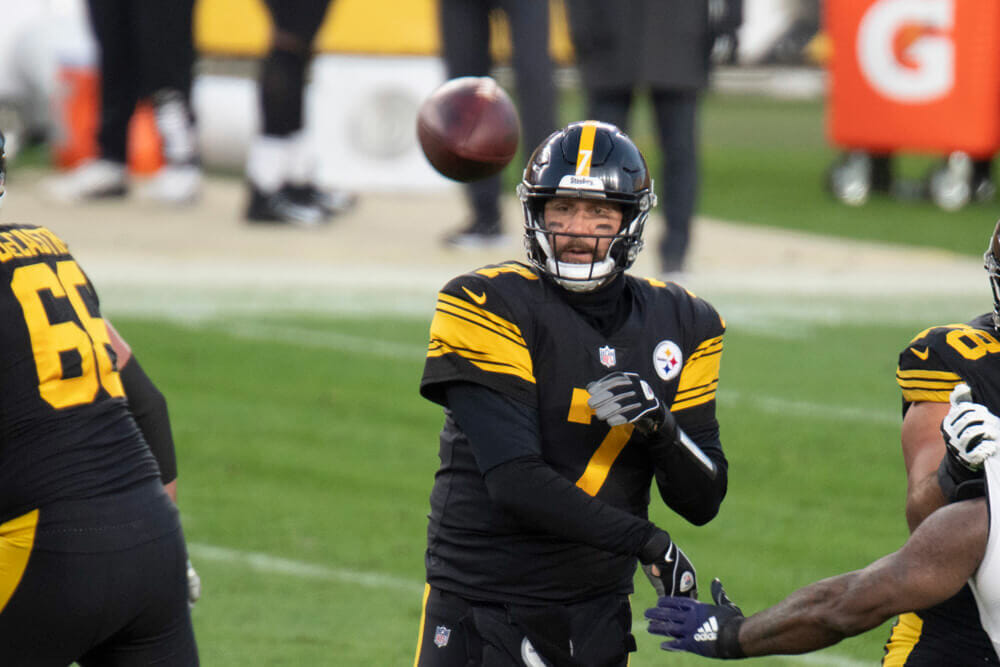 The Pittsburgh Steelers Barely Survive Against the Ravens

The Pittsburgh Steelers Barely Survive Against the Ravens

NFL fans finally got the see the much anticipated matchup between the undefeated Pittsburgh Steelers and the Baltimore Ravens that was scheduled for Thanksgiving evening, they moved to Sunday afternoon, then moved to Tuesday evening and, finally, played out yesterday.  Given the problems the Ravens have had with COVID-19, it can be said that the Steelers didn’t live up to expectations.

Ravens Give Steelers A Hard Time

The game was played on a wet field at Heinz Stadium in Pittsburgh, but the undefeated Steelers team did not roll over the Ravens as was expected.  They went into the game as 10.5-point favorites, but did not cover the spread.

The Ravens turned out to be quite a bit better than everyone, including the Steelers, anticipated, and they almost beat the Steelers in their home stadium. The Ravens defense kept Ben Roethlisberger on his toes all afternoon and Benny Snell, the Steelers leading rusher, was held to 60 yards gained for the entire game.

Roethlisberger threw 51 passes, but only completed 36 of them due to the constant pressure from the Ravens.  He racked up 266 yards and passed for a touchdown, while throwing one interception. That one touchdown to Juju Smith-Schuster early in the fourth quarter provided the winning points, but the Steelers played a sloppy game.

Believe it or not, Ravens quarterback Robert Griffin III, who was starting for Lamar Jackson, was the leading rusher from both teams with 68 yards on 7 carries.  RG3 was not at his best, passing for only 33 yards and completing 7 of 12 passes with one interception by Joe Haden.  It makes fans wonder how the Ravens gave the Steelers such a hard time on Wednesday afternoon.

RG3 played his heart out during his time on the field.  Ravens fans should be glad they have that kind of spirit in a backup quarterback.  However, Griffin spent the fourth quarter with an ice pack on his leg which reminded everyone who saw it of that day with the Washington Redskins when his lower leg stuck out at an impossible angle.  He is a brave young man to even get back on a football field again.

The backup to the backup quarterback for the Ravens, Trace McSorley out of Penn State, came in to finish the game under center and put up a respectable performance. He passed for 77 yards on 2 of 6 completions but one of those was a fan-pleasing 70 pass play to Marquise Brown for a touchdown that scared the Steelers, and anyone who had bet them against the 10.5-point spread.

The early part of the game was sloppy on both sides.  There were four turnovers in the first quarter alone.  But the Steelers finally got down into the red zone where the Ravens D stiffened considerably and kept them out of the end zone for 3 downs to make it fourth and goal to go.  It was time to kick a field goal and take the 3 points.

However, Big Ben, under pressure from a blitz, threw the football into the end zone where it was easily picked off by Tyus Bowser.

But Pittsburgh’s defense went them one better when Haden anticipated the play and ran in front of Ravens receiver James Proche II to intercept Griffin’s pass and return it 14 yards to the end zone for a pick-six.  Then. Chris Boswell missed the chip shot extra point.  That was the first score of the game and made it 6-0.

Unfortunately, the Steelers outside linebacker Bud Dupree went down with a non-contact injury and could barely limp off the field during the second half. It turned out to be a torn ACL.

Steelers head coach Mike Tomlin told the press after the game, ‘‘It was really junior varsity, to be quite honest with you.’’  The Steelers won the game 19-14, but could have just as easily lost to a team that had over ten players and staffers test positive for the coronavirus in less than a week.