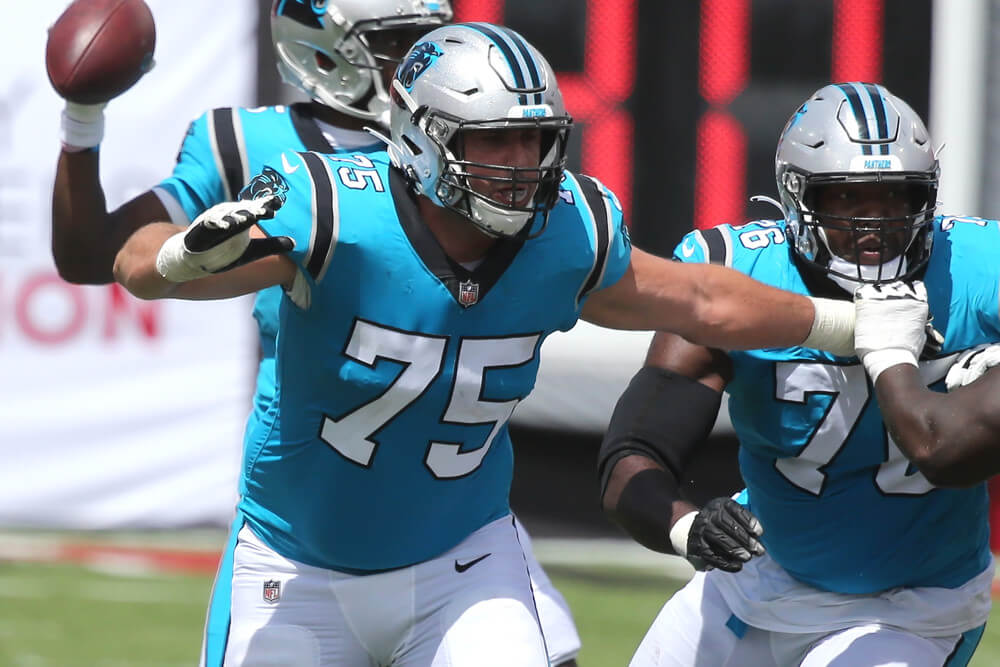 Football is back, baby! Week 4 didn’t play out like I expected, but we did land some winners via my video picks. We also started Week 5 off nicely last night with the Bears and the under. Last week, a lot of games came down to the wire, which made for exciting football and insane sweats as a gambler. For transparency, I’ve gone 10-10-1 ATS in the NFL through Week 4 over at sportsintel.com and will keep track here weekly. The biggest thing is to trust the process, as it is a long season. There are going to be some ups and downs, but that is gambling for you.

After four games, we have a good sample set to work with as do the oddsmakers. Look for these lines to get sharper starting this weekend. After diving into the numbers, I see some good value on a couple of teams this weekend. So, without any more wait, let’s get to it.

The Panthers are a little bit of a trendy dog this weekend, which is a side I normally hate being on, but this case is different. That is because this game of theirs is against the Falcons, a team I’ve decided to auto-fade for a few weeks now.

Carolina has won and covered in back-to-back games, and I think that streak continues. Teddy Bridgewater has been a calming force in that huddle, even after CMC went down. Look for him to be able to easily move the ball against this injury riddled Falcons secondary.

The Falcons just look like they are ready to throw in the towel, especially after that lackluster appearance they had on national tv in their last game. Dan Quinn is probably on the outs and understandably so after what has happened this season. Julio Jones is also dinged up, and given that it is a short week, that does not bode well for him or the team as a whole.

Give me Carolina in this spot.

This line opened at 8 and was quickly hit down to 7 in most books. While 70% of the public bets are on the Hawks, over 70% of the money is actually on the Vikings here, indicating reverse line movement on Minnesota.

After a terrible start, Minnesota looked good against the Houston Texans. Yes, I know it is Houston, but every win counts in the NFL, and that one against the Texans might be the one that jump starts this Vikings squad. Minn’s offense has looked a lot better the last two weeks thanks to Dalvin Cook and the emergence of rookie Justin Jefferson. The Vikings are 2-0 ATS the last two weeks and are trending in the right direction.

Yes, I know Seattle is 4-0 ATS and SU, but this is the spot we catch them a little, as this line is inflated. They keep getting by with one possession wins, a lot of breaks and of course, Russ cookin’, but that stops this weekend.

I have this as a 4-point game, so I see value in Minnesota. Make sure you shop around, as there are still some +7.5s out there.

Last week we hit our parlay of the week with the Browns and the Ravens, so let’s see if we can do this again. This is a big mismatch on paper when it comes to the Niners vs. ‘Fins. I really think we are going to see SF exploit Miami via their running backs. I also like that Miami is a trendy dog, I like to fade those usually.

I love the Chargers in this spot. Everyone is on ‘Nola but this Chargers team has some fight. They played both the Bucs and the Chiefs well and as a team they have not lost by more than 7 points over their last 14 games.

This week I will take the Arizona Cardinals. They face a Sam Darnold-less Jets team that just looks like they have given up. The Jets also had some COVID-19 concerns, which ruined a day of practice for them as well. On top of Joe Flacco starting, their OL is decimated as well. I know the Cards are a chalky pick this week, but I like them just to win in this spot.

So, there you have it for Week 5. Good luck with your wagers and hopefully this sports intel helps with your Sunday NFL card.