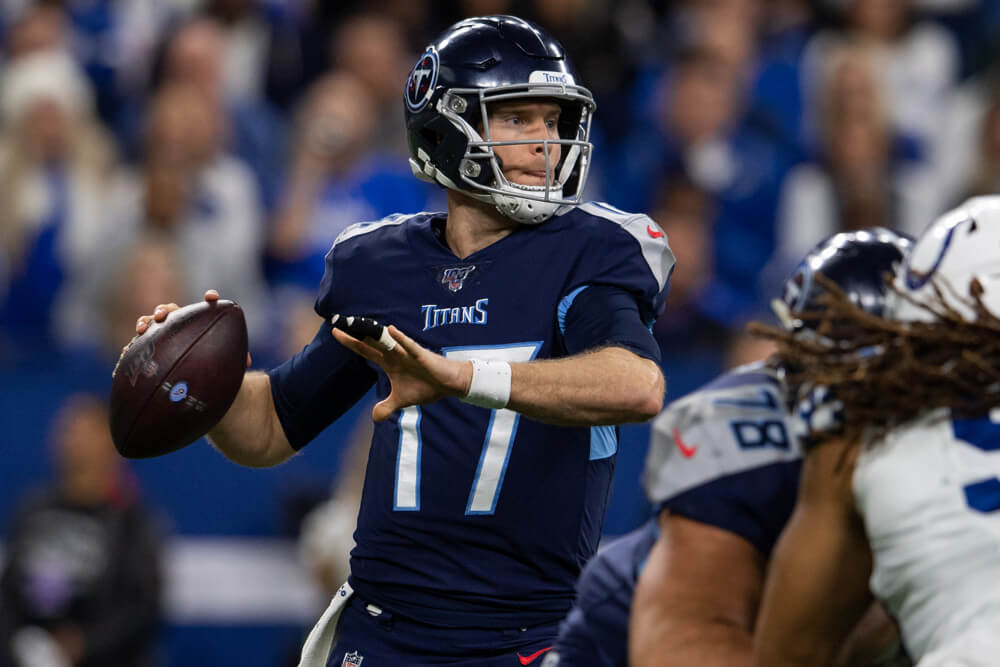 Raise your hand if you knew the Dallas Cowboys would come this close to beating the Pittsburgh Steelers on Sunday. Yeah, we didn’t think there were many of you. Bet you also thought 14 ½ points was still tempting enough to invest in the Steelers.

The point is, there’s always a game or two every week that plays out exactly opposite of the way you expect them to. Take a look at this week’s slate. Can you possibly still trust Jacksonville at this point?

The Colts looked like they might beat the Ravens until their defense relented in the second half. You know, it’s always something with Indianapolis. Can it beat the Titans? We don’t think so because Tennessee has proven it can win even when Ryan Tannehill completes only 10 passes in a game, like he did against the Bears.

We’re here to tell you the Giants are the best 2-7 team in the NFL, even if their only two wins have come against Washington. The Eagles are leading the NFC East with 3-4-1 record, but hardly a week goes by without someone questioning how long Carson Wentz will be their QB. Get Jalen Hurts warmed up. The Giants are winning this one.

Now that Davante Adams is back to full speed,  we suspect Aaron Rodgers will keep putting the points up for the Packers. Meanwhile, the Jags have lost seven straight, but rookie QB Jake Luton became the first player since at least 1950 to have at least 25 completions, throw for 300 yards and have one rushing TD in his first start. Something is telling us to take Jacksonville and the points.

The Lions are simply boring at this point. Add 2020 to the list of seasons they will spend out of the playoffs. However, they should have enough to beat the Football Team, which will now be relying on Alex Smith at QB after Kyle Allen’s ugly ankle injury against the Giants.

The Browns really needed the bye week. They have a lot of injuries, none quite as detrimental to the bottom line than Baker Mayfield’s rib injury. At 5-3, they could really use a win this week to help solidify a wildcard playoff spot. Problem is, the Texans are a much better team than they were a month ago. Take them and the points.

That 38-3 loss to the Saints on Sunday was as comprehensive as they come. The 35-point margin was the biggest Tom Brady has ever experienced as a starter. We figure the Bucs will come out smoking against the Panthers, who might again be without Christian McCaffrey, who banged up his shoulder against the Chiefs.

Each of LA’s six losses this year have been by just one possession, including Sunday’s disappointment against the Raiders when they missed on two passes into the right corner of the end zone in the last six seconds that would have given them the win. The Dolphins are rolling and Tua Tagovailoa looked spectacular in their win against the Cardinals. Take the Fins.

Give the Broncos credit for being plucky. They play hard from start to finish. Their problem is that they’re just not good enough at this point, even though QB Drew Lock gets better by the week. The Raiders are sitting 5-3. They aren’t going to catch the Chiefs in the AFC West, but Derek Carr certainly has the capacity to get them into the playoffs – and past the Broncos by a TD.

This will be the game of the week, two QBs – Josh Allen and Kyler Murray – at the top of their games. Murray already has eight rushing TDs this season, the most by a QB in the first eight games in the Super Bowl era. And Allen is coming off a 415-yard, three-TD performance in their big win over the Seahawks. Take the Bills and the points.

If you add it all up, the 49ers have about $81 million of cap space currently on IR, including Jimmy Garoppolo, George Kittle and Raheem Mostert, the core of their offense. After watching how easily the Saints sliced through Tampa’s defense, you have to figure San Francisco has little chance to keep up with New Orleans. An easy Saints win.

The 44 points allowed to the Bills on Sunday were the most any team coached by Pete Carroll has ever allowed, no way to celebrate the four-year extension he received on Sunday. Can they rebound against the Rams? Certainly. LA has only one win this season against a team with a winning record. The Seahawks as the dog? Easy money.

There seems little doubt Bengals QB Joe Burrow is the leading candidate to be the NFL’s Rookie of the Year. He has already thrown for 2,272 yards and he leads the league in pass attempts and completions. But what’s also true in the Bengals are in no position to threaten the Steelers unbeaten record. Pittsburgh is 8-0 for the first time in its history.

Depending on how they do tonight against the Jets, the Patriots might be playing for their postseason lives against the Ravens. The Pats are already looking up at Buffalo and Miami in the AFC East and another loss or two will pretty much knock them out of the playoffs. Look for Ravens to handle them with ease.

You can only wonder how this season would be different for the Vikings had Dalvin Cook been up to speed from the start. There has been no better player in the league the last two weeks. He’s only the third player in league history with at least 225 yards from scrimmage and two TDs in consecutive games – and one was Jim Brown. If things continue like this, the Vikings roll over the stagnating Bears.