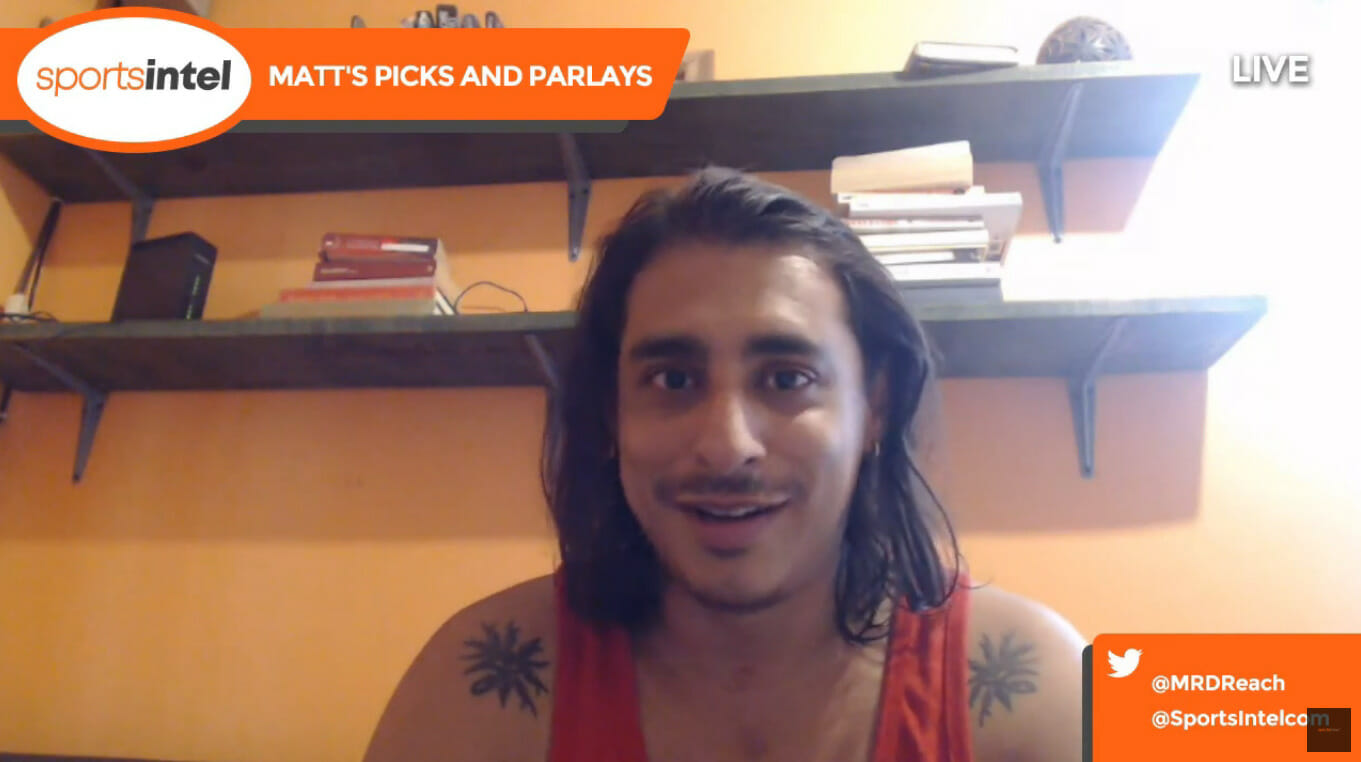 Thursday Night Football brings us a doubleheader of sorts with some college pigskin to go along with the usual NFL slate.  Tonight, the Packers and 49ers go at it in the Bay Area while Nevada hosts Utah State in College Football action.

When I was looking ahead on the schedule a few weeks back I had circled this game as one to dig into.

The combination of Garoppolo, Kittle, Samuel, and Shanahan’s rushing attack had me feeling like this was going to be a nice spot to snag the Niners as a valuable underdog.

Sadly, Week 8 happened and now Jimmy G is most certainly out of commission while the latter two also suffered injuries to be concerned about.

As if the Niners didn’t have enough issues with injuries, Wednesday brought about a number of COVID-related reserve additions including Kendrick Bourne, Trent Williams, and Brandon Aiyuk.

Quite frankly, the 49ers offense has been completely decimated by COVID/injury issues and will not see a single player start who had a hand in last season’s NFL Championship game.

Nick Mullens will have the unfortunate task of trying to beat the Packers with what can only be described as the offensive roster from ‘The Replacements’.

Mullens has succeeded before on Thursday Night Football with his debut coming a couple of years back against the Raiders in primetime. He thoroughly embarrassed Oakland as a relative unknown and San Francisco hopes he can show the same magic here tonight.

While I was happy to have taken the 49ers in this game prior to all their fresh injuries, I am far less inclined to back this team now.

I realize the Packers have a very soft rush defense which has been exploited over the last couple of weeks. But, the 49ers don’t have a fully competent ground game at the moment and I’m not sure they can even take advantage of Green Bay’s shortcomings.

Jerick McKinnon is basically done with ‘tired legs’ after the team overused him so far and JaMycal Hasty has been largely ineffective in general.

Green Bay has not been a beacon of success lately mind you. Their odds shot from -3 to -6.5 after all the injuries for San Francisco were announced and that does worry me a bit.

The Packers, as 6 point favorites, got punched in the mouth by the Vikings last weekend and have now lost 2 in a row after starting the season 4-0. The Vikings didn’t even have to run the ball on Green Bay with Dalvin Cook going off for 4 touchdowns in the 28-22 win.

Having said that, I still think the Packers are a better team as of now with all the injuries the 49ers are dealing with. There are just too many pieces missing on the SF offense for me to feel confident in taking them in any way shape or form.

The line is 7 at most books but a few are still hanging 6.5 on this game and that is where I think the sweet spot is here.

Another game that looked like an amazing matchup a few weeks back and now a bit less after a shaky start by Utah State.

The Aggies have looked downright awful to start the season, going 0-2 under Gary Anderson.

The offense is largely to blame with downright sloppy play under center and a general inability to put points on the board.

Starter Jason Shelly has a sad 180 yards passing in two games and completed a mere 56.3% of his overall passes. He averages under five yards per attempt and has aired out two picks already.

Not helping matters is the Utah State ground game ‘led’ by Jaylen Warren.  Warren has a measly 89 yards rushing on a 3.9 YPR average.  He’s been the shining star of this offense if you can believe it and has the lone reception out of the backfield.

This all shakes out to 414 total yards offense in two games and frankly, I’m surprised they managed to score 20 points in those performances.

On the flip side, things have been going easy peasy for the Wolfpack after a 2-0 start behind QB Carson Strong.

Strong has been averaging nearly 10 yards per completion and has four touchdowns in his first two weeks of play.

This is very important for Nevada as they lack a potent rushing game and will need to continue to lean on Strong throughout the year.

Helping Strong are wideouts Romeo Doubs and Cole Turner who, together with their QB, are the stars of this offense.

The Wolfpack showed a lot of heart last weekend in their 37-34 OT win against Wyoming and really highlighted Strong’s ability to make big throws to keep drives alive under pressure.

If Anderson is unable to turn his team around quickly, their season and his job will be at risk of being over.  Anything less than a strong defensive game and at least flashes of offensive competency will be met with another awful loss for the Aggies.

Utah State has a lot to show me for me to even consider backing them against anyone right now and I think this game could be a blowout for Nevada.

This line has been growing steadily since opening at 13 so get in while you can and leave it be if it creeps over 19.