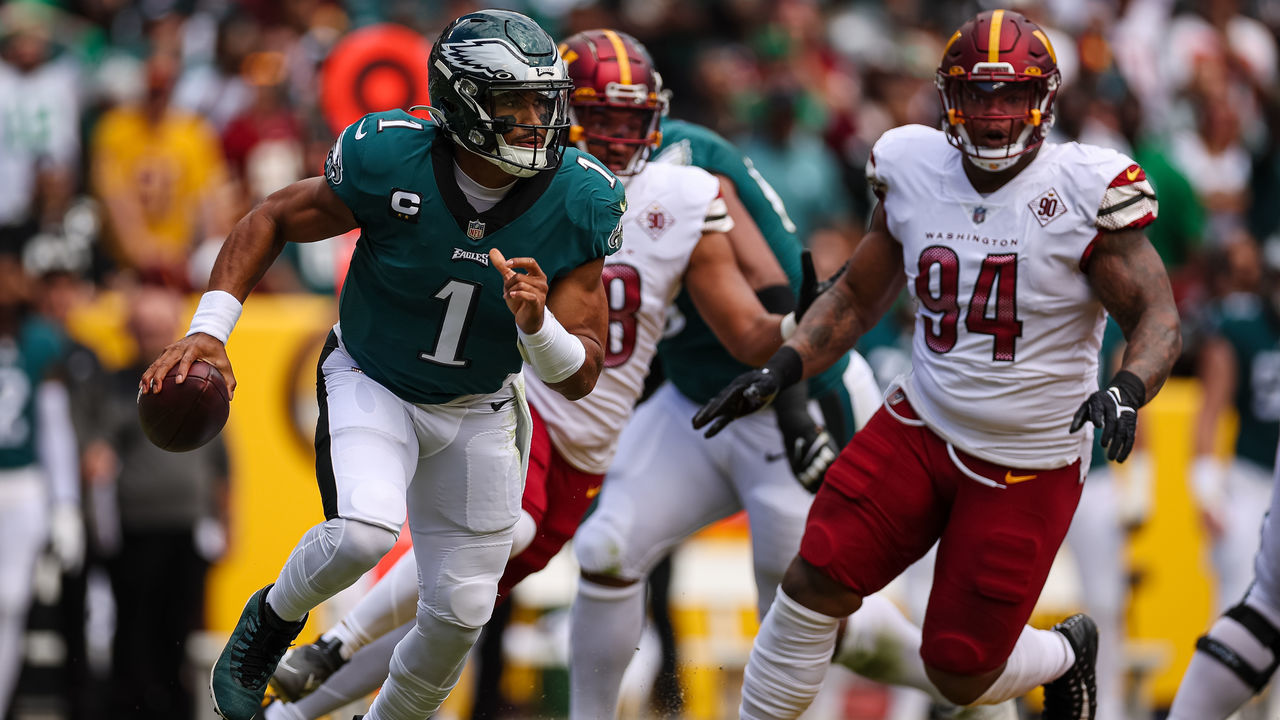 The Washington Commanders travel to Lincoln Financial Field to meet the Philadelphia Eagles for Monday Night Football in the final game of Week 10. Washington hopes to improve to .500 on the season while the Eagles go for their ninth straight win without a defeat.

Washington is looking to rebound from their 20-17 loss to the Minnesota Vikings at home after winning three straight games. The Commanders are at the bottom of the NFC East with a 4-5 record and are two games behind the third-place Dallas Cowboys. They also have yet to win a game in the division and hope to get revenge on the Eagles for handing them a 24-8 loss at home in Week 3.

Quarterback Carson Wentz took a lot of hits in that first game against Philly and is still recovering after having surgery on his broken finger. Washington struggled on offense in that game and hasn’t come close to their season-high output of 28 points, which they had in the Week 1 win over the Jacksonville Jaguars. Taylor Heinicke will get another start tonight until Wentz is eligible to come off the injured reserve in Week 11.

The Eagles currently have a 1.5-game lead over the New York Giants in the NFC East and have been favored in every contest. They have scored less than 24 points only once this season and had a low of 20 points in their Week 5 win against the Arizona Cardinals. In the first meeting against Washington, Jalen Hurts threw for 340 yards and three touchdowns, all in the second quarter, as the Eagles took a 24-0 lead and coasted to victory.

The Eagles are on another level compared to Washington leading up to this matchup. They lead the NFC and are fourth in the NFL, averaging 391 yards of offense per game.

The Eagles’ are also at the top of the stats on defense. They’re third in the league in points per game with 16.9 and are giving up 177.6 yards passing per game, which ranks second in the NFL. Philadelphia also leads the league in turnover differential at +15. They have 12 interceptions and six fumble recoveries while only giving the ball away on three occasions.

Washington has kept games close this season by controlling the tempo with their ground game. Their last five games have been decided by five points or less, with them winning three of those contests.

Philadelphia struggled in the first half last Thursday against the Houston Texans but got it together in the second half to put away the game. The Eagles expect to get a big win tonight at home.