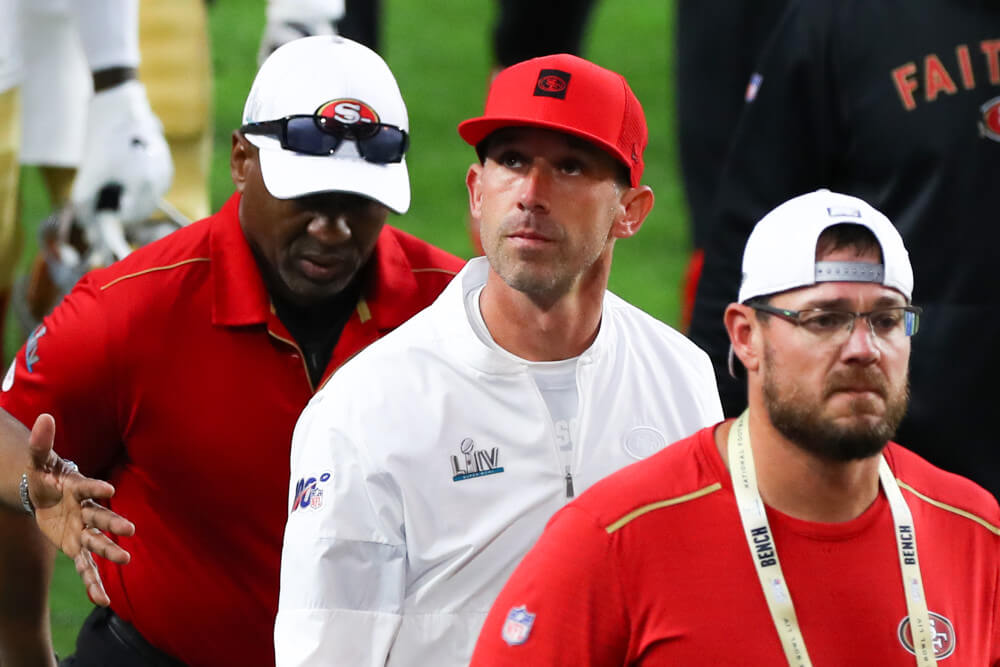 It’s finally here.  The 2020 NFL season is only a couple of days away – barring any last-minute, unexpected glitches or changes – and football fans are ready. There are a number of reasons to be excited about the upcoming season, but there’s no doubt that things are going to be different this year. There haven’t been any preseason games to give teams and fans the chance to peek at what’s to come, so it’s going to be trial by fire for everyone.  However, there are some teams that are already standing out in the crowd, and one is the San Francisco 49ers, who look like NFC Champs again.

The Niners are the NFC’s top performers, according to NFL experts who are running a simulation project.  If the 49ers continue playing as good as last year, they will most likely be NFC champs again and are likely to be in the upcoming Super Bowl next February. The 49ers have shown outstanding offensive trickery under head coach Kyle Shanahan. Normally, they used pre-snap movement to confuse opposing defenses and this has helped the team achieve great success in the past – it will most likely be seen again this season.

Some NFL experts are inclined to think that the 49ers will be in the next Super Bowl. For example, Cynthia Frelund, an analytics expert with NFL Media, reveals that the 49ers offense won a first down or touchdown “46.8 percent of the time in a drive that they used the same pre-snap look” in 2019. In fact, Frelund says that, because of that meaningful success, her research model anticipates the 49ers have very high chances of being top of the NFC West standings, and could also have the highest score (10.1) in the conference.

It’s All In The Numbers

Frelund adds, “This strategy is likely to be even more useful early on in this unique 2020 campaign, when defenses are likely to have an advantage over offenses that have yet to play in real, live game situations together.” She is positive about the technique she is applying in order to measure possible future results. “Couple that with the Niners’ talented defense, and you can see why my model is so high on San Francisco, especially in a division that is most likely to berth at least two playoff teams,” she explains. Frelund refers to the 49er’s defense potential as a strong point of the team that is likely to lead to them being NFC champs again.

The model used by Frelund imitated the season over one million times, and it relied on a decade of NFL seasons for crucial data to highlight important aspects. One of the factors was the use of the pre-snap line-ups and shifts, and Frelund determined that teams that ran multiple plays out of the same look, or the same play multiples times on a pass, picked up first downs or scored TDs 30% more often than teams that didn’t.

In Frelund’s simulation, the 49ers were not the team with the highest floor (9.1) or ceiling (11.1) since both of those limits corresponded to the New Orleans Saints’ scores. However, New Orleans’ baseline prediction is smoothly lower than the 49ers. The Saints don’t have an offensive menace as envisioned for success, based on Frelund’s model, as the 49ers do.

Shanahan To Work His Magic Again

Until now, Frelund’s projections reveal a good example of how the 49ers won’t surprise fans with their success in the 2020 season. This is likely to remain as long as Shanahan’s offense continues to be strong and opponents feel challenged.  In fact, Shanahan is a brilliant head coach and knows his team very well. He will only command his guys in situations he knows they are familiar with and feel comfortable. Shanahan will lead his team wisely and give them the right opportunities to play safe and achieve awesome results throughout the season.

The first game for the 49ers on their road to being NFC champs will be on September 13. They will meet the Arizona Cardinals and are already favored to win. The moneyline is currently at -315 to +255, with an NFL over/under of 47.5. With it being the first game of the new season, the Under is a good option due to the first-game jitters.