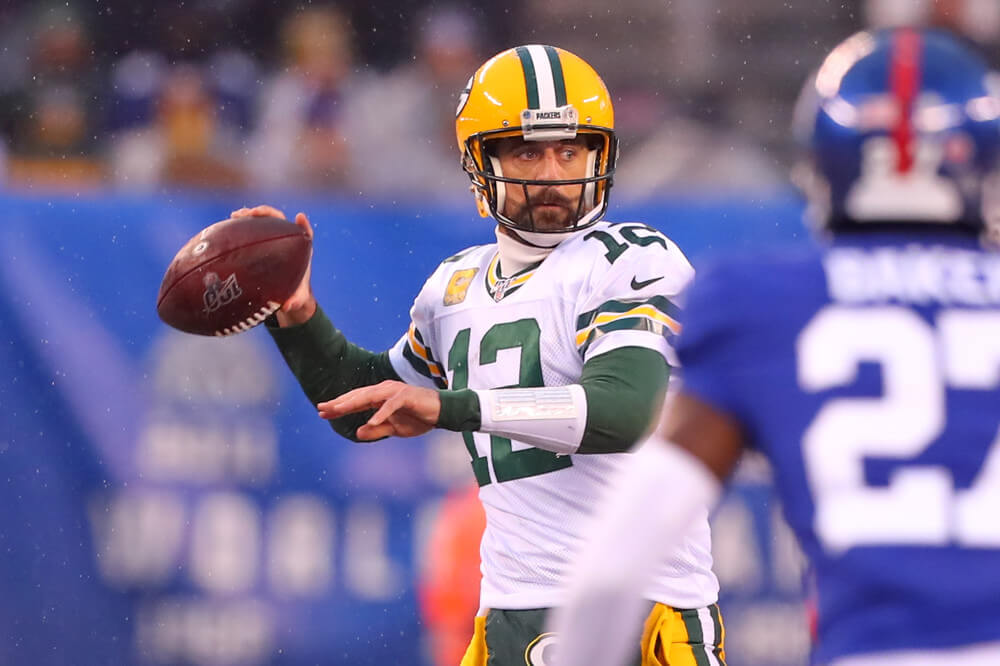 Here we go with Week 13 of one of the most unusual NFL football seasons on record. The COVID-19 pandemic has permeated almost every aspect of life in the US and that includes the NFL.  Various players have tested positive for the virus and have had to go into quarantine, but the season pushes on.  Sports gamblers should like what’s in store this weekend.

We are getting down to some serious football action with the individual divisions shaping up and the playoffs looming large on the horizon. There are a whole slew of games on Sunday in the early games.  This weekend, we will have seven early games and four afternoon games, with one Sunday Night Football game. Then, on Monday, we have a bonus with two games and even an evening game on Tuesday.  Three days of NFL action.

Sunday games kickoff at 1 pm ET and we begin with the Titans of Tennessee hosting Baker Mayfield and the much improved Cleveland Browns. Both teams currently sit at 8-3 and both have potent offenses.  The Titans are favored by 5.5-points with the Over/Under set at 53.5.

The hapless New York Jets will welcome the Las Vegas Raiders into what will likely be a very cold MetLife Stadium.  Jon Gruden’s guys have all been out in the warm dessert sun.  Better bring some warm clothes for the game.  But Derek Carr and company should not have much trouble beating the Jets, even in the cold. The Jets have not managed to win even one game this year and we can look for that streak to continue as they will meet the Raiders as 9-point underdogs in a low scoring game with the Over/Under set at 47 points total.

The Race For The NFL Draft

Fortunately for the warm-weather Jacksonville Jaguars, the home team Minnesota Vikings have a nice warm dome to play in now at US Bank Stadium.  But that’s about the only break that they will catch this Sunday. The Vikings are at 5-6 and are striving to get back to .500, while the only competition the 1-10 Jags seem to be in is for the number-one pick in the next NFL Draft.  Jacksonville quarterback Mike Glennon has shown in the past two games that he is a pretty good QB, but don’t expect him to pull off a win at Minnesota, where the Vikings are double digit, 10.5-point favorites and the Over/Under is set at 51.

Down in Miami, at Hard Rock Stadium, everyone is speculating on the possible return of Tua Tagovailoa at quarterback for the Dolphins squad when they take on the Cincinnati Bengals without their rookie quarterback Joe Burrow who is sitting this one out with a knee injury.  The 2-8-1 Bengals will go into the game as 11.5-point underdogs to the 7-4 Miami team with the Over/Under set at low 42.5.  At least the Bengals will get to go to Miami and maybe get out to the beach.

The 7-4 Indianapolis Colts with host the 4-7 Houston Texans in their warm Lucas Oil Stadium as 3.5-point favorites as both teams are banged up and have too many guys on the IR at this point in the season. It may come down to quarterback play, as veteran Phillip Rivers will be up against the very talented young Deshaun Watson. The Over/Under is set at 50.5.

The 4-7 Detroit Lions, without Matt Patricia, will be at Soldier Field in Chicago in face the 5-6 Chicago Bears with Mitchell Trubisky back at quarterback. Playing in that freezing wind off of the lake, the Bears are 3-point favorites and the Over/Under is set at a low 45.

Drew Brees has 11 cracked ribs and will sit this home game out allowing his buddy Taysom Hill a chance to make his case for being the New Orleans Saints starting quarterback if Drew ever decided to hang up his spikes.  These two teams just played a couple of weeks ago when the Saints came out on top.  But, that was with Brees at QB.  It remains to be seen how this one will turn out.  The 9-2 Saints will welcome the 4-7 Atlanta Falcons for a Sunday rivals matchup at the Superdome, with the Saints listed as 3-point favorites and the Over/Under set at 45.