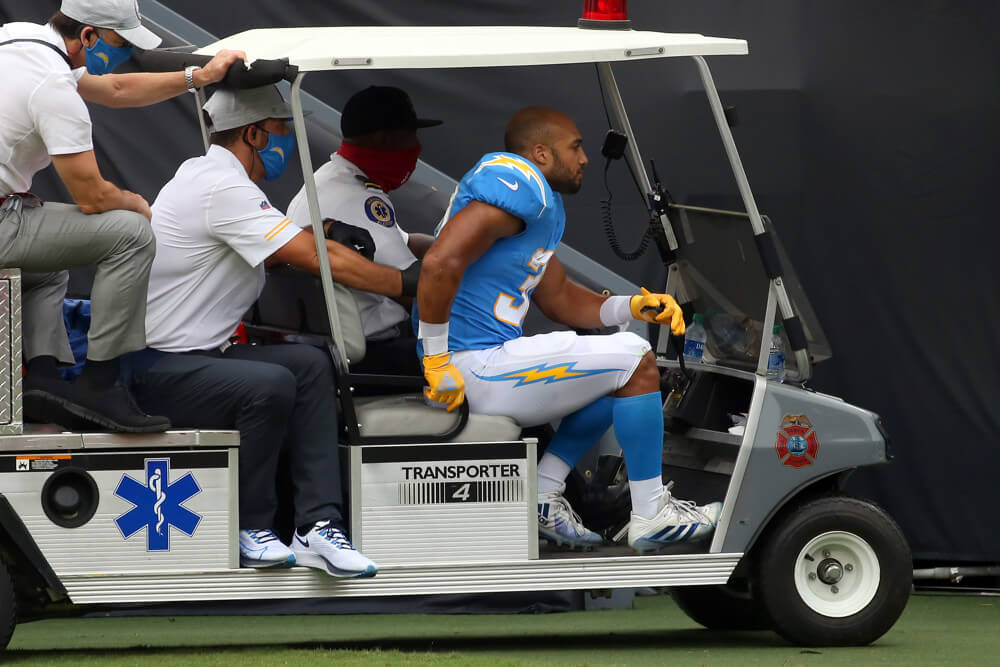 Provided Week 5 actually happens and doesn’t get sidelined by COVID-19, the NFL still has to deal with a number of injuries that have popped up this week.  There may not be as many as what was seen a couple of weeks ago, a few teams are looking a little thinner than they would hope to be.  There’s still time for changes, though, and the picture will be much clearer by the end of the week.

The San Francisco 49ers took a beating in Week 2, losing a handful of key players.  They added more to the list in Week 3, and then two more this past weekend.  Defensive end Ezekiel Ansah is out of action with a torn bicep, and won’t be back for the rest of the season. Cornerback K’Waun Williams sprained his knee last Sunday, as well, and is on short-term injured reserve.

The depleted team is beginning to feel the strain of the injuries and its chances of making a run on the Super Bowl for the second year in a row are now looking very slim.

The New York Jets are still working on quarterback Sam Darnold to see if he will be back for this Sunday’s game against the Arizona Cardinals.  He suffered a sprain to his throwing arm last weekend and has been working on getting back into shape all week.

The final call on his participation in the Jets upcoming game probably won’t be known until toward the end of the week.  As a contingency plan, the team added quarterback Mike White to its practice squad, but he isn’t expected to make an appearance this weekend.

The Colts Need Some Help In Week 5

The Indianapolis Colts take on the Cleveland Browns this weekend, and this is going to be one of the better games on the schedule.  The Browns have emerged as a strong team this year, starting 3-1, including a win against the Dallas Cowboys.  The Colts may have to look for some extra help following the announcement that  linebacker Darius Leonard is suffering from a groin injury, and linebacker Bobby Okereke has a thumb injury that needs surgery.  Left tackle Anthony Castonzo and linebacker E.J. Speed are also questionable due to injury.

The Browns won’t be able to count on running back Nick Chubb for that game, due to an MCL sprain that is going to keep him off the field for six weeks.  However, tight end David Njoku could make a return after having been placed on injured reserve last month.  He was out due to a knee injury, but is expected to be put on the Browns’ active roster this week.

Bucs And Chargers To Meet With Few Absences

The LA Chargers and the New Orleans Saints are currently scheduled to play this weekend, and both are dealing with a few injuries.  The Chargers are without running back Austin Ekeler, who is expected to be on injured reserve after suffering a hamstring injury this past weekend.  However, the game may not even be played, given the fact that a hurricane is threatening to barrel down on New Orleans.

Everything now hinges on whether or not the season can even progress.  COVID-19 is causing problems that are forcing the Titans to reschedule yet another game, and the matchup between the Las Vegas Raiders and the Kansas City Chiefs might be on hold, as well, after Raiders defensive tackle Maurice Hurst tested positive for the virus.  Hopefully, teams will take the pandemic more seriously so the season can continue to advance without too many problems.