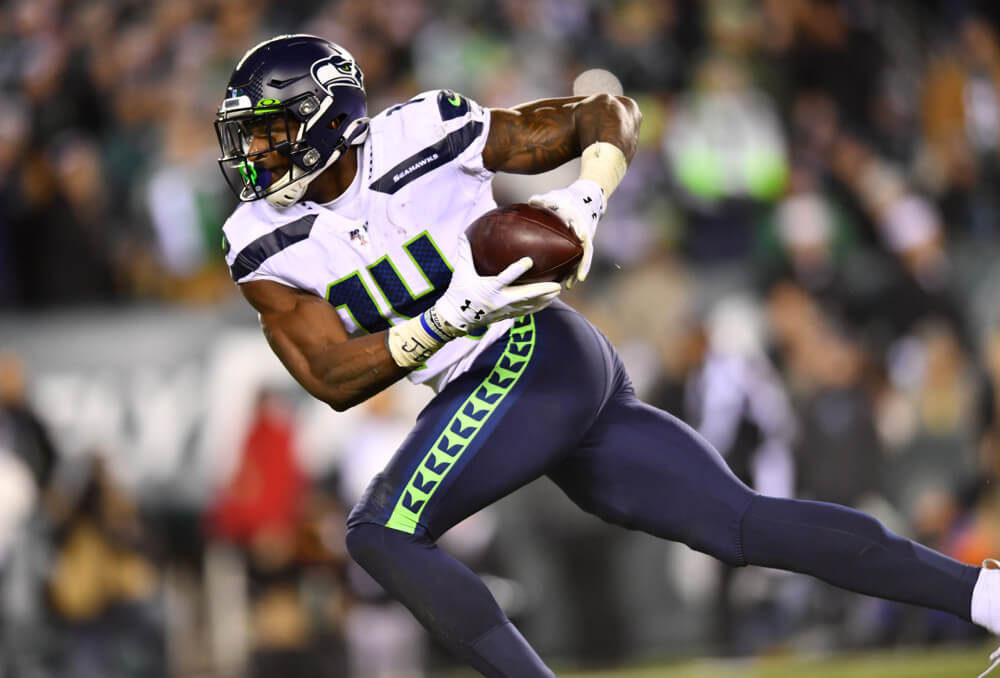 It was a cold night in Seattle when the Arizona Cardinals came to town to challenge Russell Wilson and his Seahawks team for first place in the NFC Western Division that was in a 3-way tie, including the LA Rams, going into the game.  Both teams were 6-3 and odds on the game were naturally pretty close.

However, Thursday Night Football gave football fans a thrill and Week 11 in the NFL is off to a great start as the Seahawks christened their newly-named Lumens Field, a re-branding from the former Century Link Field.

Cardinals quarter back Kyler Murray is probably the best running quarterback in the league, but he was stifled on Thursday Night Football and only managed to gain 15 yards on 5 carries, which is way below his normal rushing production for Arizona.

Murray threw for 269 yards completing 29 of 42 passes, which netted two touchdowns for the Cardinals.  Russell Wilson, over on the other side of the ball, only threw for 197 yards with 23 of 28 passes completed.  Wilson also had two touchdowns in the air for the Seahawks.

Dressed out in what could well be the ugliest football uniforms ever seen of TV, the Seahawks, and especially their quarterback, came to play football.  Losing the game would make it three losses in a row and that was intolerable.  But, taking the 28-21 win it wasn’t easy.

Seattle Outshines On Offense And Defense

The Seattle defensive unit is mostly on the sidelines watching the game on the Injured Reserve list, while their backups try to stop the elusive Cardinal offense from getting into their Red Zone, and they did a pretty good job.

The Seahawks offense had been out of sync for the past couple of weeks playing without their running backs Chris Carson and Carlos Hyde.  Carson is still hurt, but Hyde was back in action against the Cardinals bringing stability to the Seattle offense and restoring the confidence of Wilson.  Against Arizona, Hyde had 14 touches for 79 yards and one touchdown, while Wilson outran Murray with 42 yards rushing on 10 runs.

Seahawks wide receiver Tyler Lockett was back in action on Thursday evening after spending time on the IR and Russell Wilson was glad to see him.  The duo connected for a perfect 9 catches on 9 passes for 67 yards and one touchdown.  Arizona had three receivers with over 50 yards gained in the air and still lost the game 28 to 21.

Even though the Seahawks won the game on Thursday night, they also incurred a big loss as well when veteran tight end Greg Olsen went down with a ruptured plantar fascia ligament in his left foot.  Head coach Pete Carroll made the announcement after the game and indicated that Olsen would likely be missing extended time, which is bad news for the Seahawks.

Starting tackle Brandon Shell also left the game in the fourth quarter with what appeared to be an ankle injury and running back Bo Scarbrough, who was just called up from the practice squad, had six good carries for 31 yards but, unfortunately, pulled a hamstring and left the game as well.

The victory over the Cardinals was due mostly to the renewed confidence and leadership of quarterback Russell Wilson who added to reporters in his postgame interview, “I know who I am, I know what kind of player I am.  I’m never gonna doubt it and we let it rip and did some cool things today.  Just felt completely in control the whole game.”