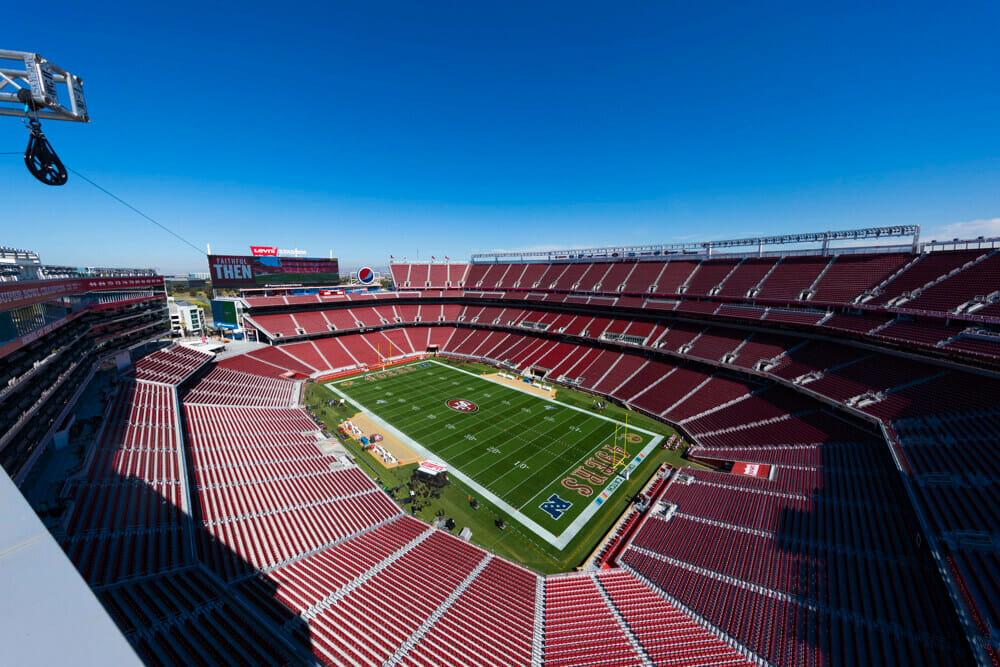 With all the scheduling changes that had to be made due to the COVID-19 pandemic, it was inevitable that some kind of conflict should occur.  The situation is causing a ripple effect across all sports, and the latest could impact the NFL Draft.  For now, the league is in a holding pattern as it weighs its options.

The Musical Chairs Of Sports

The NBA worked their schedule and started in December in order to accommodate the Summer Olympics in Japan.  Now, the NCAA has announced that it will play all 64 games of the annual basketball tournament in the state of Indiana, mostly at Lucas Oil Stadium. That brings up a conflict with the NFL Combine, which has been held there in Indianapolis for a number of years.  However, that brings up a conflict with the NFL Draft, move one and the other won’t work.   So far, Commissioner Roger Goodell’s office has been reluctant to the idea of moving the dates for the 2021 NFL Draft, but seems open to rescheduling the NFL Combine.

The NCAA basketball tournament will be held from March 14 through April 5, bringing it somewhat in line with its normal timing.  The NFL Combine normally runs from about the last week in February through early March.  Shifting the combine to April is not so much of a problem; however, some are complaining that doing so would leave too little time for the head offices of the various teams to do their homework and select the right choices based on combine performances.  So, they want to move back the Draft, as well, which will likely create some other conflict.

NFL Combine To Take A Year Off?

Consideration has been given to outright canceling the NFL Combine this year only, but, many teams count heavily on the information and statistics gathered at that combine, which puts the athletes on display performing individually as they are not likely to be seen in any other setting.  The combine is also the opportunity for the teams to do extensive medical examinations of the players before the draft begins.

Goodell has announced that the league is planning to hold the 2021 NFL Draft in Cleveland over a three-day period beginning on April 29, which would not leave the guys doing the picking and drafting for each NFL team much time in which to do their due diligence and pick the right players for their teams and coaches.  Then, there is the ongoing COVID-19 pandemic to consider.  It is escalating at an alarming rate in these past few weeks and could possibly have some negative effect on both the combine, the in person pro days and the draft, which will in all likelihood be held remotely as it was last year.

This doesn’t take into account the March Madness NCAA basketball tournament, which was canceled last year because of the coronavirus and NCAA officials, and hoops fans everywhere are most reluctant to have that happen again.

But things are looking up on several fronts.  We have a couple of new vaccines which are reputed to be effective if they can just get them into peoples arms.  However, the norms of mask-wearing in public and social distancing will still have to be practiced for several more months now until we can even begin to start getting back to normal.

We also have a new administration coming into the White House and it is hoped that they will be able to handle the workload better that the current one is doing.  With proper attention to detail and proper leadership, this coronavirus crisis should be over and done with in time for schools to reopen normally in September and all the sports can get back onto their regular schedules.

Most of all, it would be wonderful to see stadiums full of fans once again. We never knew how much we would miss the fans in the stands.