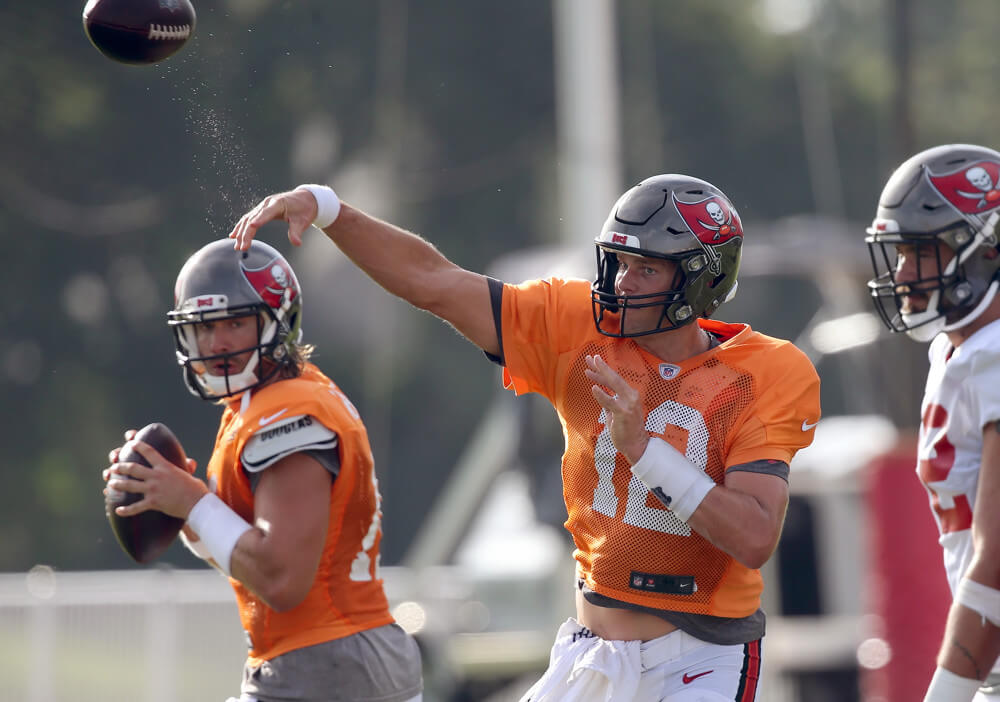 NFL Gets Covid Scare With Season Just Weeks Away

NFL Gets Covid Scare With Season Just Weeks Away

The NFL has had a bit of a scare as it appeared to have been facing a possible outbreak of COVID-19 and a number of teams were forced to call off their practices this past weekend.  At this time, teams were supposed to be in full practice mode; the regular season is expected to start in 17 days.

However, alleged cases of COVID-19 led many teams to scramble.  If any outbreak appears in these next couple of weeks, it could be devastating for the NFL.  The start of the season could be postponed or something even worse – canceled.  Nevertheless, football fans, players and the rest of the staff are feeling a sigh of relief because it seems the positive test results were actually only false positives, and they all came from one particular lab in New Jersey.

The NFL Has A Covid Scare

The NFL is now investigating 77 tests from a total of 11 teams.  The league is reanalyzing each test with the original sample and no positive cases have been confirmed.  The 77 people also took other lab tests, and they were returned negative.  Allen Sills, the NFL’s chief medical officer, was set to have a call on Sunday night with medical officials in order to provide information and clarify questions regarding this matter.

Two of the teams with false positives were the Minnesota Vikings, which reported 12 cases over the weekend, and the New York Jets with ten.  Jets head coach Adam Gase said the team had to cancel a walk-through practice on Saturday night but came back to the field on Sunday after the retests returned negative.

The Chicago Bears also had a scare with nine positive COVID cases from their Saturday test regimen as per NFL protocols, which all turned out to be false positives.  This made them move their morning practice to Sunday afternoon as a precautionary measure.  The Cleveland Browns also reported some apparent false cases, and it was the first team to call off its practices.

The Browns concluded that these tests were a false alarm because consistent irregularities were found across the league from multiple teams.  After a facility closure, the Browns reopened the building to keep on with its practices on Sunday.  Other teams affected by the wrong results were the Buffalo Bills, the Detroit Lions, the Philadelphia Eagles and the Pittsburgh Steelers.

The NFL sought to determine why there was a big number of COVID-19 positive cases, but the issue with the scare was traced back to the same lab operated by BioReference in New Jersey.  The NFL stated that the reported positive cases were detected on Saturday.  The NFL said, “We are working with our testing partner, BioReference, to investigate these results, while the clubs work to confirm or rule out the positive tests.

Clubs are taking immediate precautionary measures as outlined in the NFL-NFLPA’s health and safety protocols to include contact tracing, isolation of individuals and temporarily adjusting the schedule, where appropriate.  The other laboratories used for NFL testing have not had similar results.” The NFL needs to determine if these cases of coronavirus were a false alarm so that teams and everybody can have peace of mind, and continue with the normal events following the start of the regular season.

In this case, this ongoing issue will bring good and bad news for the league.  It’s something positive because it means that the league might start on September 10.  But some issues may come up, as the league needs to confirm that there will be no more COVID-19 cases.  The NFL might face important financial losses, something that certainly isn’t needed right now, if it is expected to pay for all the botched tests.  The lab, which already admitted that it may have identified where the problem lies, should be responsible for any retesting costs.

Doncic, Mitchell: NBA’s Next Gen Going Next Level
Pujols Adds To Legacy By Reaching No. 2 in RBI
Get Free Picks & Exclusive Offers