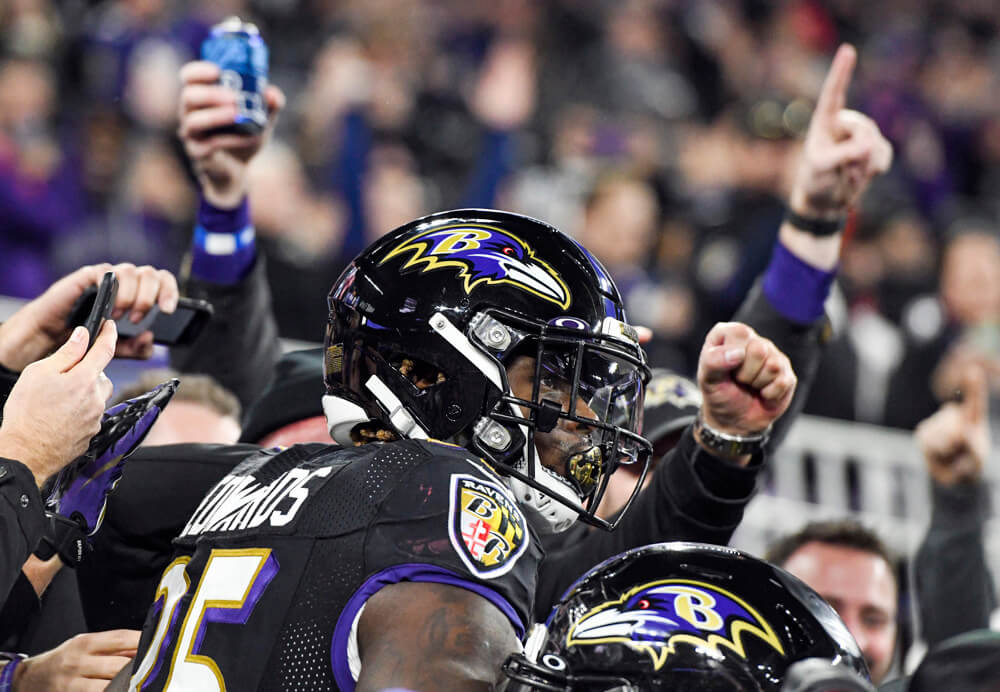 Week 9 of the NFL has come and gone, but the gridiron battles proved to be outstanding for sportsbooks’ wallets.  They also were substantially beneficial to at least one gambler, who managed to score a $1-million payday as his picks came true.  With only a couple of weeks to go until Black Friday, there’s going to be some extra-special shopping coming up.

It isn’t known how much money was wagered in total or if wagers included just the outcome or any prop bets, but the unidentified gambler put up some serious cash at a William Hill sportsbook in New Jersey.  He, or she, won three different contests, and probably has everyone coming forward to seek advice on their own wagers going forward.

The first big win was a $300,000 purse after the Pittsburgh Steelers barely won against the Indianapolis Colts.  The Steelers were -115 going into the game, but managed to hang on for the win, 26-24.  It was a victory that almost wasn’t, as the almost always sure foot of Adam Vinatieri failed on a 43-yard field goal attempt with just over a minute left in the game.  Had he made the field goal, the gambler would have been singing a different tune on Monday.

The LA Chargers were +4 going up against the Green Bay Packers and the result was what was expected.  The Chargers rolled over the Packers, 26-11.  Eight of the points for the Packers came in the fourth quarter, a good indication of how well they were doing throughout the matchup.  That victory gave the gambler another $350,000.

An even bigger payday came when the Baltimore Ravens took out the New England Patriots.  The Ravens were +3 going in and the 8-1 Pats were heavily favored.  Baltimore had different plans, though, and came out punching, taking a 17-0 lead before the Pats knew what hit them.  When it was done, the Ravens locked up the game 37-20 and the gambler locked up another $400,000.

The Packers defeat at the hands of the Chargers was good for sportsbooks, as well.  That upset led to this season’s biggest win on a single game for MGM’s Nevada sportsbooks, and helped the entire space see its best NFL Sunday so far this year.  The director of race and sports for MGM in Nevada, Jeff Stoneback, confirmed the gains, stating, “The public was all over that game [on the Packers].  They were on the money-line, and we had a six-figure teaser on the Packers. It was just an onslaught of money, and it looked like the Packers didn’t even show up. A little bit before game time, we had a six-figure bet [on the Packers] -4.5. It was the biggest game of the year that we’ve had.”

Caesars did well, also.  That game allowed its sportsbook to squirrel away 91% of all the money it received for parlay bets, and Caesars Sportsbook oddsmaker Alan Berg said after the big day, “A lot of the morning was back and forth, small winner, small loser.  The afternoon, then, was a pile of money, basically.”

The Patriots-Ravens game helped put even more money in sportsbooks’ pockets.  The Pats were seen as the favorite and the odds reflected this.  With the Ravens coming out on top, many gamblers could only tear up their stubs and walk away.  Berg said of the game, “We ended up with mostly sharp stuff on the Ravens.  And then lots of parlays on New England. Most of those, though, were already killed off in the afternoon.”

The results of Sunday’s games show that it doesn’t always matter what the stats say.  Sometimes, you just have to follow your gut and place your bets where you see the smart money.