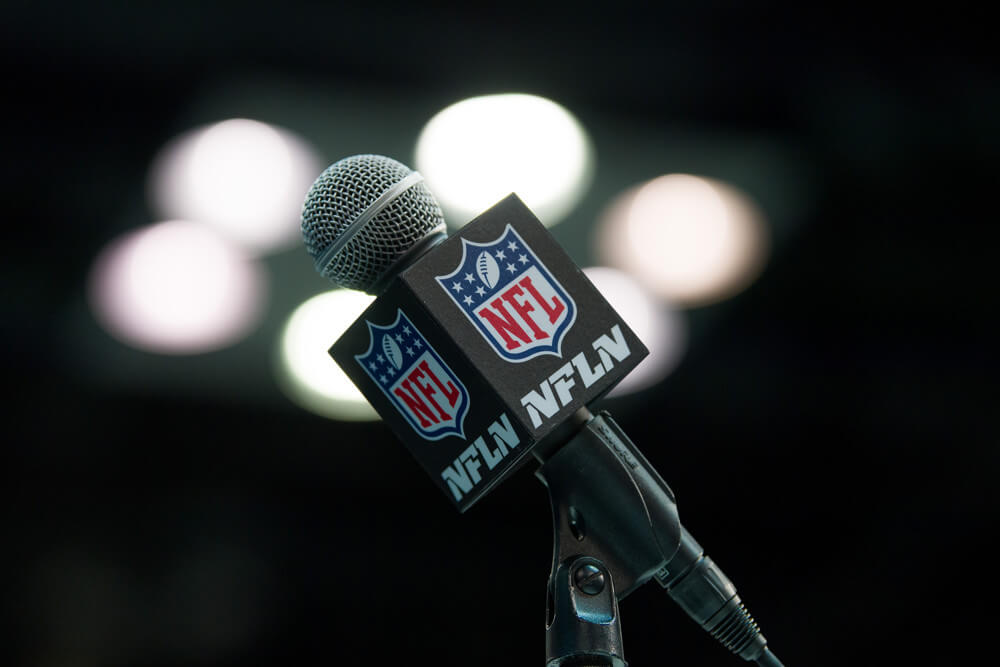 The coronavirus is the biggest penalty the sports world could have ever encountered.  Unfortunately, the virus won’t ever be fined for its egregious attack.  While all major sports leagues have already called it quits, at least temporarily, the NFL hasn’t had to deal with major obstructions to its operations since the season was already over when COVID-19 started making its rounds across the US. Now they look to keep the draft on schedule.

This doesn’t mean the league is free and clear, though, and will definitely still feel the impact from the virus that the World Health Organization has already determined is a pandemic and for which President Trump has declared a national emergency.

The NFL has already begun working on contingency plans as a result of the coronavirus, taking several precautions to keep human interaction and contact to a minimum.  For example, the annual owners meeting, which would have taken place in Palm Beach, FL beginning March 29, has now been cancelled.

Many league employees are now working from home.  Scouts have been grounded, which will keep them from attending any college Pro Days, if any were to still be on the books.  Chances are, there wouldn’t be a lot of options from which to choose.

In addition, the league cancelled the Historically Black Colleges and Universities (HBCU) Combine and the Regional Combine Invitational (RCI).  These two events were scheduled to be held in Miami, FL on March 27-29, but NFL Football Ops rightfully decided that there’s not enough justification for the events to stay on the calendar.

As of Saturday, the NFL season is still scheduled to start as planned, which means it officially gets underway on Wednesday.  Free agency begins that day.  There hasn’t been enough support for pushing back the season, nor is there currently a strong enough reason to do so.  Most of the upcoming activities, such as free agency and the draft, can be handled with considerable health precautions.

The draft, for example, can take place almost entirely over the phone.  Technology is a wonderful thing and conference calls and other forms of remote communications are easily organized.  Of course, there’s still the question of the player physicals, but that is neither tackled immediately nor a group event.

Obviously, there is an economic impact by not holding the massive event in Las Vegas as planned on Aril 23-25, but, given the circumstances, all sports leagues – and all industries, in general – have to already be prepared to tighten their belts at least through the end of the year.

Leading up to the draft, the league has terminated all team pre-draft travel and pre-draft visits.  Of course, any type of authorized remote communication is still acceptable with prospects, as long as the conversations are reported to the NFL and no more than three one-hour interactions per player take place per week.  The league added when announcing the pre-draft travel ban, “We have not taken this step lightly but believe that it is most consistent with protecting the health of our club personnel, draft eligible players, and the public.  It also has the ancillary benefit of ensuring competitive equity.”

Free agency is, as of now, still moving forward as scheduled.  However, this could be changed, as well.  NBC’s Pro Football Talk believes that the league could make an announcement this Sunday regarding a change to the free agency schedule, but nothing concrete has been issued by the NFL.  As it stands, unrestricted free agents can start talking to teams as of Monday, pending the outcome of that potential league announcement this weekend.

It’s been 100 years since any major global health issue, at least on this scale, has been seen.  At this point, implementing an overabundance of caution is a commonsense approach to helping ensure things don’t get out of control.  While the situation is not pleasant for anyone, it’s only temporary, and will hopefully blow over soon.