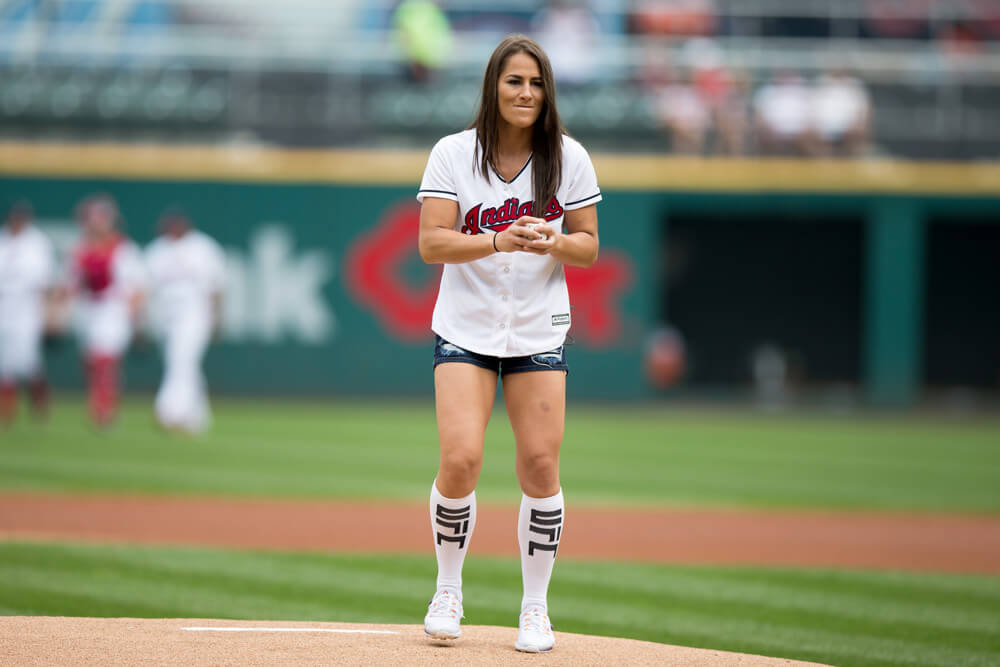 The UFC continues to keep sports bettors in the game with another event this weekend and Matt has the best picks and parlays for UFC Fight Night on June 13.

Vettori proved himself a legit threat in the division after a near win against Israel Adesanya who was the top-ranked middleweight at the time.

His last time out, Vettori picked apart Andrew Sanchez and won a three-round unanimous decision.  He showed off his ability to point his opponents to death and focus on significant strikes.  Vittori ended up connecting on 41% of those 205 significant strikes, 72 of which were to the head and impressed many with his patience.

This is an important step in Vettori’s growth as, due to this age, he has the tendency to be overly aggressive and get himself into trouble.  Luckily his cardio is world-class and he isn’t in danger of punching himself out.

His striking skills are not to be ignored, but Vettori’s wrestling is where he does the most damage.  Scoring eight finishes by submission in his 18 professional fights.

I believe he is the more well rounded and skilled fighter here but a larger margin than the books do, especially on the ground.

Karl Roberson will be no pushover as he looks to win his 10th professional fight before his 30th birthday.  My big issue with Roberson succeeding in that goal is his wrestling skill.

He just isn’t as effective on the ground.

Roberson takes opponents down just 1.07 times per round and is failing in 53% of his takedown attempts.  This is concerning to those looking to be the underdog when you consider Vettori has a takedown defense over 80%.
Roberson is a kickboxer by trade but even at his best, I don’t’ see him being able to maintain the offensive output Vettori will bring to the table.

Look for Vettori to outwork Roberson on their feet and when the fight hits the mat to overwhelm ‘Baby-K’ with his BJJ.

Another, less tangible reason I am fading Roberson has to do with his weight cutting issues.

Many might not be aware but this fight was originally scheduled for May but was scrapped after Roberson was ruled medically ineligible due to seizures suffered during his weight cut.

The Italian took this personally and, after already seeing two fights canceled, has vowed to destroy Roberson for making him wait.  I for one like his chances to do just that and to continue his perfect winning record when closing as a favorite.

The second leg of our UFC Fight Night parlay takes us to the main event of the evening.  Number one ranked flyweight, Jessica Eye will look to earn herself a title with a win against tenth-ranked strawweight Calvillo.

This will be a huge test for the underdog, who is not only stepping up in weight class but also the class of fighter she is accustomed to.  It seems Dana White really wants to test her by tossing her to the wolves.

Calvillo is an interesting fighter all around despite not having a long history in the sport. She debuted in 2012 as an amateur and went 7-1 before making the jump to the big leagues. She won her first six professional fights, including her debut against Amanda Cooper on just ten days’ notice.  She went on to beat the talented Pearl Gonzalez and very dangerous Joanne Calderwood.

Carla Esparza handed Calvillo her only loss to date via unanimous decision back in 2017 at UFC 219.  Calvillo didn’t miss a beat and followed that loss up with wins against Courtney Casey, Marina Rodriguez, and Poliana Botelho.

Her last fight against Rodriguez was particularly impressive after suffering a lot of damage early and managing to survive and earn a majority draw.

Standing in her way of another impressive fight is Jessica Eye.

Eye is looking to earn her second title shot after suffering a second-round TKO at the hands of champion Valentina Shevchenko.

While I do consider Calvillo a very dangerous underdog, I think Eye’s grappling skills will earn her another shot at the belt.

Her ground game is one of the best of any fighter in the promotion and her skills continue to grow and evolve at 33 years old.

She might not have to rely on those grappling skills given her extremely impressive striking game.  She tends to try and keep fights on the feet and that tactic has proven very successful for her in the past.

Eye has just about everything going for her in this fight and I was surprised to see her odds getting better as we approach the opening bell. She opened as a -125 favorite and currently can be found at -110 at most books which I view as a wonderful early Christmas present.

Why wouldn’t you trust a fighter who is not only just plain better but one that has proven herself in the division this fight is taking place in.  Not to mention Eye’s prize for winning will likely be another shot and the belt and all signs point to the favorite.  Calvillo can, and might, make this a close fight at times but Eye is a smart veteran fighter and knows how to earn these tough wins.