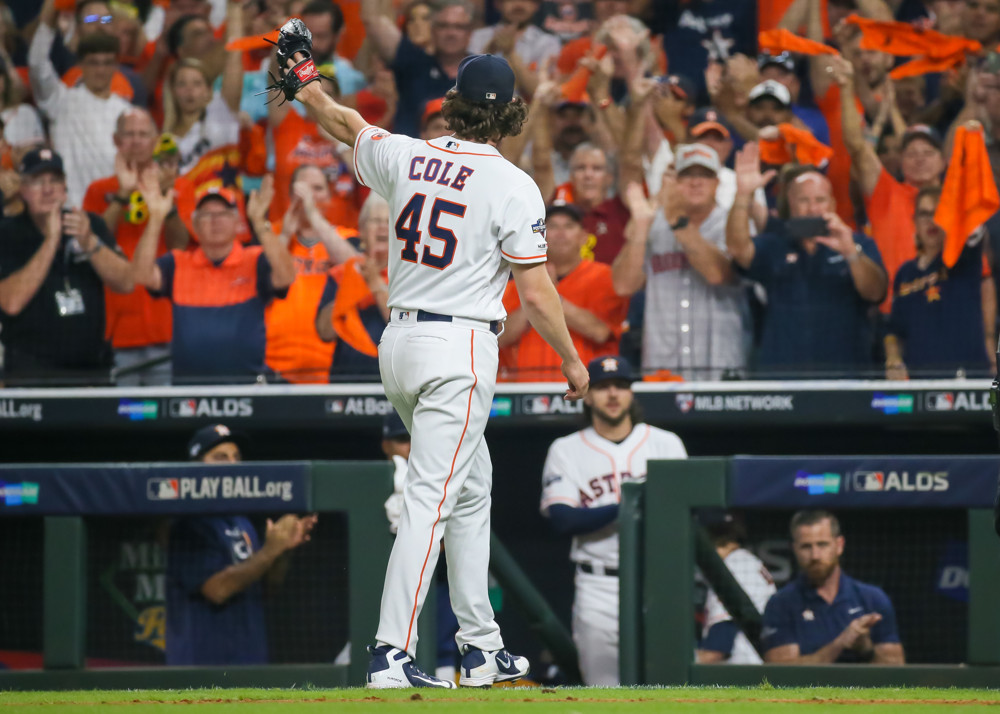 This week is already gearing up to be a spectacular week for sports fans.  The New England Patriots travel to New York to take on the Jets in what could be the Jets only second win of the season – and the first loss handed to the Pats – and the NBA is now ready to put the China-Hong Kong debacle behind it as its regular season gets underway tomorrow.  Add to that the start of the World Series and the sports action is going to be hot and heavy all the way until the weekend.

The Houston Astros and Washington Nationals will meet to decide who is the best MLB team of the year starting tomorrow.  The Astros bested the New York Yankees to take the American League Championship Series for the second time in three years and are excited to be back.  The first game will be played in Houston and the Astros are bringing in Gerrit Cole to get things going.  The pitcher has been able to keep his momentum going during the entire postseason, becoming almost unhittable the entire time.

The Nationals made it to the World Series after sweeping the National League Championship Series against the St. Louis Cardinals, 4-0.  They held nothing back and showed why they deserve to be competing for the World Series title.  Max Scherzer will start the game from the mound in an effort to get the scales tipping in the Nationals’ favor, but it may not be enough.

The Astros are expected to take the series and are currently looking at odds of about 69.3%.  They were 61.5% favorites to win the AL and -1400 favorites to make the playoffs, so most oddsmakers have been right on the money so far.  Two games in Houston before the teams travel to Washington on October 25 will set the pace for the rest of the series.

The NBA kicks off its season tomorrow and it’s time to look forward.  The Toronto Raptors will host the New Orleans Pelicans, but the crew from Louisiana is going to have to see how it can play without Zion Williamson.  He was expected to make his rookie regular season debut tomorrow before a knee injury put him on the bench for a 6-8 weeks.  Perhaps that’s part of the reason the Raptors are expected to win as the seven-point favorite.

The LA Lakers are going to go up against the LA Clippers tomorrow, as well.  Two Lakers starters won’t be soon, though, as Kyle Kuzma and Alex Caruso are out due to injury.  It’s still early enough in the season that missing a game won’t be devastating, but it would certainly be nice to have them on the court.  The Lakers have the talent and the experience to not let something like a few injuries sideline them for long and the team, currently behind the Clippers in the rankings at Number 3, is expected to win, thanks to the presence of LeBron James and Anthony Davis.  Those two powerhouses should keep things interesting.  The spread is 1.5 points and the combined over/under is 226.5 points.

Around The NBA: Big Deal For Beal In D.C.
Our World Series Pick: Astros Over Nationals
Get Free Picks & Exclusive Offers