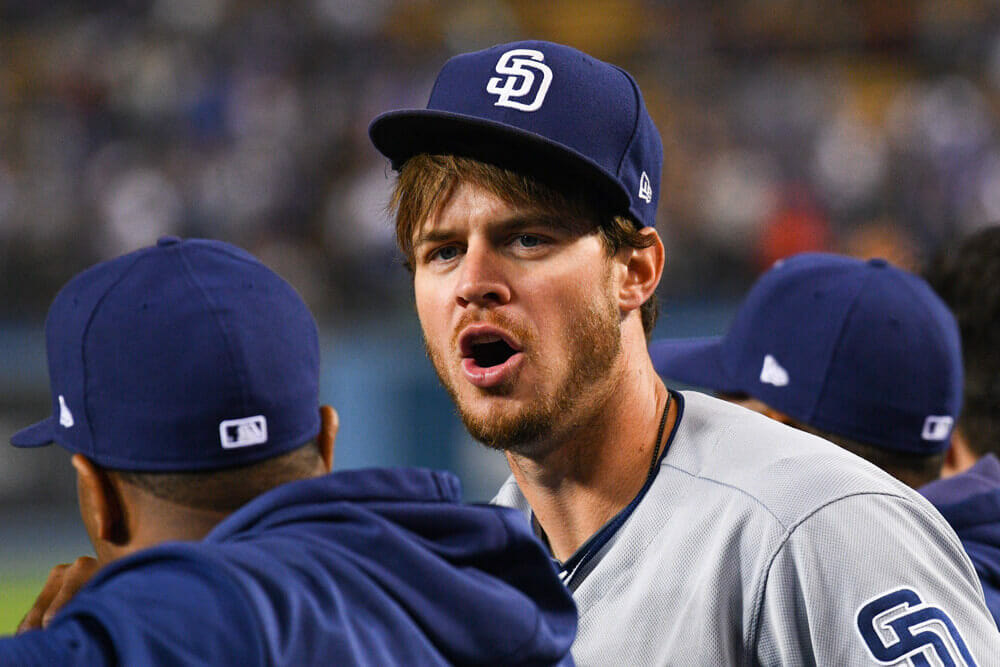 MLB spring training is here and it’s time to gear up for a whole lotta baseball action.  There are still plenty of trades and deals to be made as teams try to figure out their strategies, and it might take a couple of months before a clearer picture starts to emerge.  As the league gets cranking, there is already no shortage of action, with much more still to come.

The San Diego Padres are one of the MLB teams still trying to figure out its strategy for the year.  The team had hoped it would bring in Mookie Betts, but that didn’t go according to plan.  Still, the Padres aren’t averse to giving away some of the players that would have been involved in that massive trade deal, and Wil Myers could still end up in the Boston Red Sox club.  Were that to happen, though, the Red Sox have made it clear that they would want pitcher Cal Quantrill, which almost certainly means that Myers won’t be going anywhere.

The LA Dodgers and the LA Angels were deep in talks about a trade involving Joc Pederson and Ross Stripling, with both expected to head to the Angels dugout.  However, Angels owner nixed the deal at the last minute, but is staying mum on the reason, or reasons, why.  He told reporters during a spring training appearance, when asked why the trade was called off, “I would rather not talk about that. That wasn’t going to happen and it’s not happening.”

The Angels will now have to figure out how to build up the franchise, but another team is already making great strides toward that goal.  The Milwaukee Brewers have signed Brock Holt, which is great news for the team, as well as the free agent.  Holt is a multi-talented player who can cover several positions and the former Red Sox player is expected to bring a great amount of depth and versatility to his new team.  The details surrounding the deal to capture the 2015 All-Star haven’t been released, but it should be lucrative given his all-around strength.

Nick Senzel, who covers center field for the Cincinnati Reds, wanted to make sure it was clear what he would like to see in his MLB future.  As far as he’s concerned, he wants to keep his Reds uniform for his entire career, telling the press, “This offseason was probably more legitimate than any other offseason, I’d say.  I’m happy to be here. I want to be here for my whole career. I want to play in Cincinnati for these fans and my teammates. Any time those [trade] talks come up or anything, there is literally nothing I can do about it. I have no control over it. The less I worry about it, the better.”

The Red Sox have seen a lot of movement ahead of spring training, with many of its veterans heading off to other teams.  The team has recruited one possible replacement, though, signing a contract with catcher Jonathan Lucroy.  Lucroy will most likely start in the minors, but will still be seen with the Red Sox in training this week.  Depending on how that goes, he could be given a boost to the major-league squad.

One of the most common topics in baseball since before the end of last season, and which won’t be going away anytime soon, is the sign-stealing scandal perpetrated by the Houston Astros.  As a result of the drama, two lawsuits have already been filed against the team, with one brining MLB into the mix, and there has now been yet another lawsuit drawn up.  This one is being led by Astros season ticket holder Adam Wallach, and sees damages of more than $1 million.  Wallach alleges that the team is guilty of “deceptively overcharging” fans for season tickets while knowingly engaging in fraudulent activity.  The lawsuit also states that the team is guilty of “inappropriate increases in the … season ticket prices, diminished value of their personal seat licenses and an injunction prohibiting (season ticket holders) from raising season ticket prices for at least two years.”

Many have stated that league officials should have come down harder on individual players involved in the cheating.  However, Commissioner Rob Manfred, according to those with knowledge of labor relations between the league and the MLB Players Association (MLBPA), has done virtually everything within his legal rights.  The league’s rules currently don’t allow for individual punishment related to sign-stealing, with all violations being charged to the club, instead.  It’s possible, because of the severity of the current saga, that the rules might soon be updated, provided an agreement between MLB and the MLBPA can be reached.

If the league can’t punish the players, Nick Markakis of the Atlanta Braves has an alternative solution.  The outfielder is disgusted with the Astros and the players’ antics, and wants individuals to pay the price.  He told reporters, “I feel like every single guy over there needs a beating. It’s wrong. They’re messing with people’s careers.”  He might see his wish come true, as there are rumors already circulating that some club pitchers are prepared to target their shots more at Astros players on the mound than the batter’s box.

There is one Astros player who is facing a serious amount of punishment, but it isn’t because he was busted in the sign-stealing scam.  Francis Martes will ride the pine for the entire season after being found – for the second time – to have been using illegal performance enhancing drugs.  At least he won’t have to worry about being hit by an errant pitch this season.