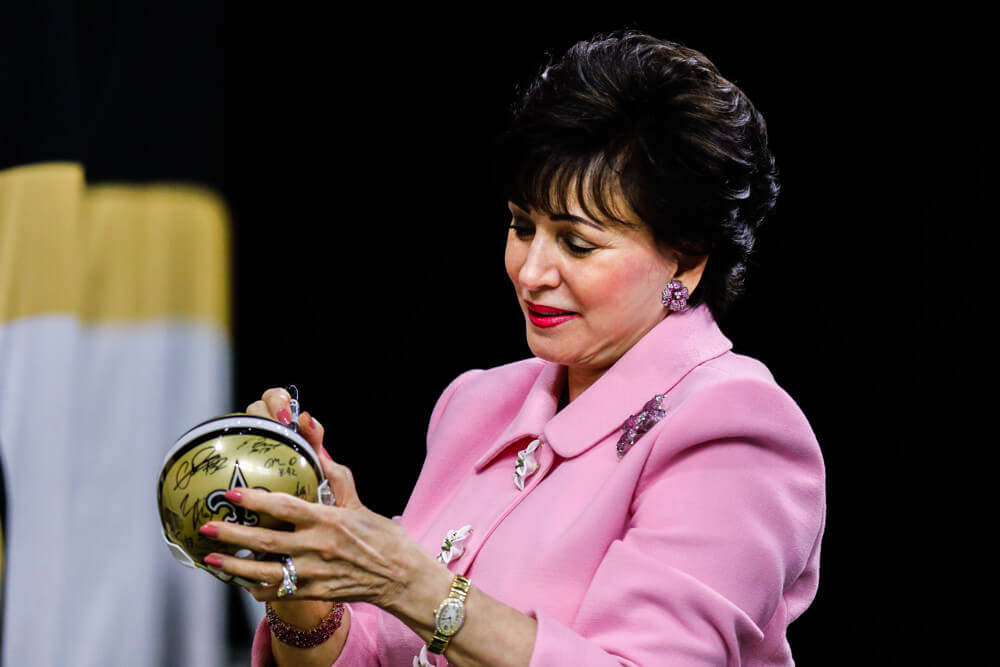 With a name like the New Orleans Saints, it could only be expected that the NFL team would have some type of religious inclination.  As a matter of fact, Saints owner Gayle Benson is a devout Catholic and close friend of the local archbishop, which may be why the team is now embroiled in a major sex-abuse coverup scandal involving the Roman Catholic church.

What Next In Saints Church Scandal?

The drama is far from over and has been mostly kept under wraps, but that will change next week, thanks to a judge’s order that will make a hearing next week public.

According to allegations that have been floating around, certain clergy of the Archdiocese of New Orleans engaged in improper sexual relations with a number of victims.  There is a belief that the Saints leadership may have been aware of the drama and has been accused of helping the church try to keep a lid on the accusations from going public.

There are reportedly massive amounts of emails that substantiate the team’s attempts at keeping the ordeal under wraps, and these emails are at the center of a legal battle between the victims’ lawyers and the Saints.  The team has tried to keep the emails from being put into the public light, arguing that court rules typically allow them to remain under seal and adding that lawyers only want them to be made public in order to gain publicity.  However, a judge has now opened the door a little and some of the information may filter through.

A hearing is scheduled for February 20 to determine if the emails should be released.  It was initially going to be closed to the public; however, the Associated Press stepped in and was able to convince the courts that it should be involved in the arguments to determine whether or not the emails should be made public.  Once the media conglomerate was given access, several local news outlets cried foul and sought entry, as well.  Judge Ellen Hazeur ruled today that their argument had validity, and even added, “All the public has a right to it.”

This doesn’t mean that the contents of the emails will be released to the public at next week’s hearing.  Obviously, the information contained in the correspondence had to be made available to the legal teams, but Judge Hazeur made it clear that the contents of the emails cannot be disclosed at the hearing.  If the court-appointed special master determines, however, that the information can be released, there is going to be pandemonium.

Benson, through a press release this past Monday, asserted that the team has had no part in any coverup and calls the assertions on the part of the plaintiffs’ attorneys “outrageous.  She added that the Saints have not had any part in determining whether any priest would, or would not, be included in the list of those religious figures who could be “credibly accused” of having broken the law, or their vows.

The victims’ lawyers disagree, though, asserting that the confidential emails show a pattern of helping the church to conceal its crimes and was active in the creation of the aforementioned list, which includes 57 names.

The leader of the New Orleans chapter of the Survivors Network of those Abused by Priests (SNAP), Kevin Bourgeois, calls the judge’s decision a “civil rights win for survivors,” adding that “throughout this process, Saints staff has claimed that they had no input in crafting the incomplete and under-counted list of abusive clergy released by the Archdiocese of New Orleans.  We hope that the special master will put that claim to the test by releasing these emails and letting the public see the truth of the matter.  We look forward to next week’s hearing and are hopeful that transparency will win once again.”